Doris and her companions arrived in Teheran multiple times, using it as a jumping off point to visit nearby locations. Despite the frantic travel, Doris purchased a few spectacular pieces of art, including an 18th century Iranian (or Indian) Standard and 14th century Sweetmeat dish.

Teheran (also spelled Tehran) is the capital city of Iran. Now a cosmopolitan city of 14 million people, it is situated at the foot of the Alborz mountain range. For more information, click here: http://www.farsinet.com/tehran/. 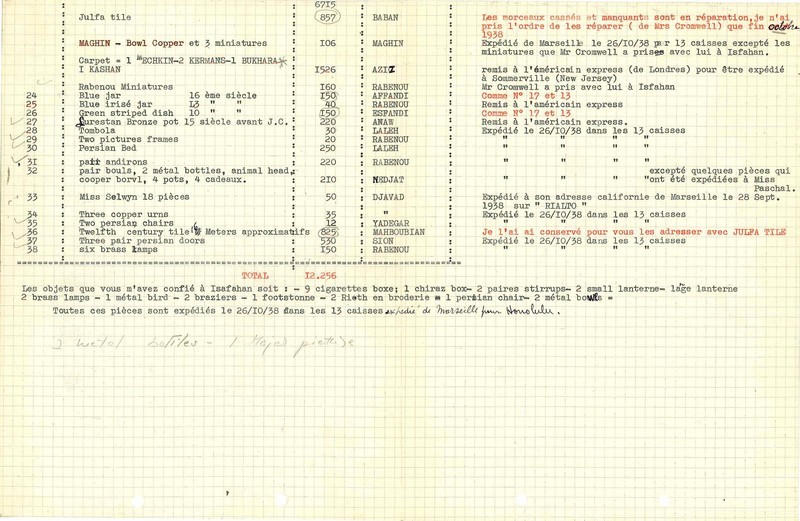 List of objects purchased by the Cromwells through Rabenou. The Standard is item 31 ("pair andirons") purchased in Teheran. 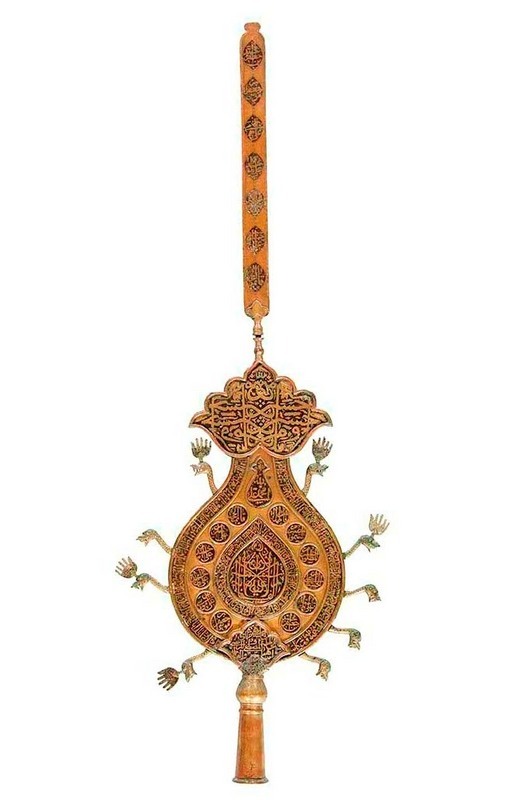 Close up of the 18th or 19th century standard made of copper alloy, black compound. 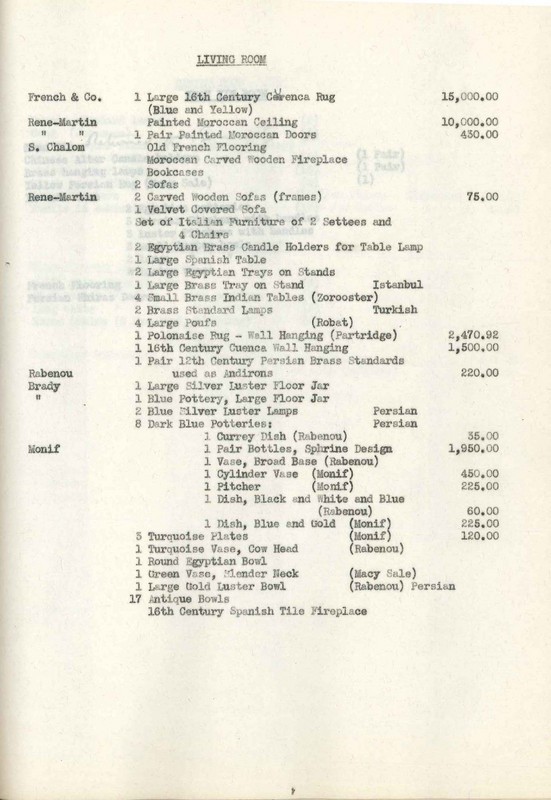 As seen on the page, the "1 pair 12th Century Persian Brass Standards used as Andirons" was located in the Living Room. 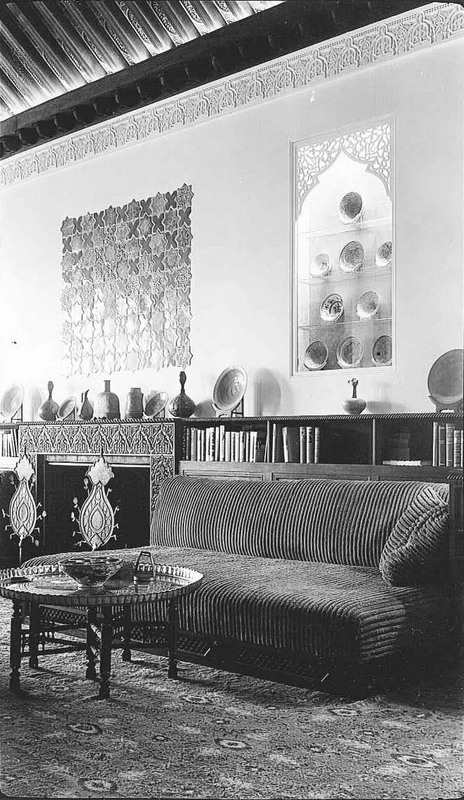 Note the two standards in front of the fireplace in the living room. 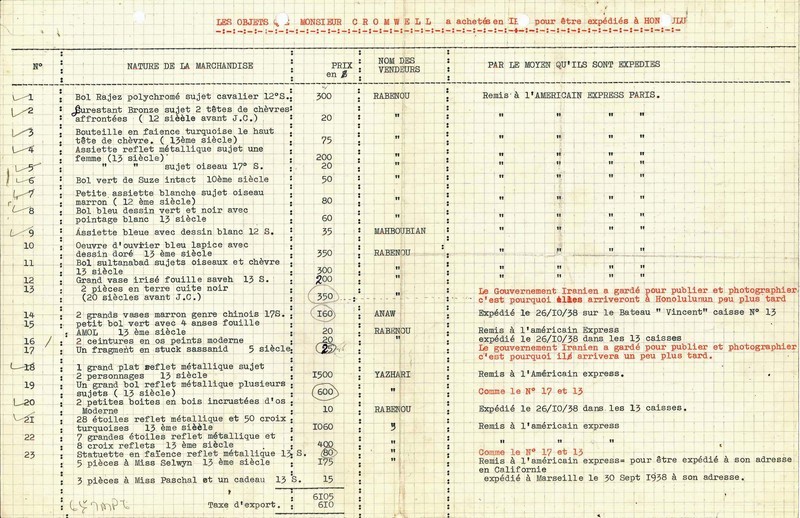 List of objects purchased by the Cromwells through Rabenou. The sweetmeat dish is item 9 purchased in Teheran. For some reason, Mahboubian is listed as the vendor instead of Rabenou.

As seen on the page, the "1 Currey Dish" was located in the Living Room. Note the price was changed to $35.00. 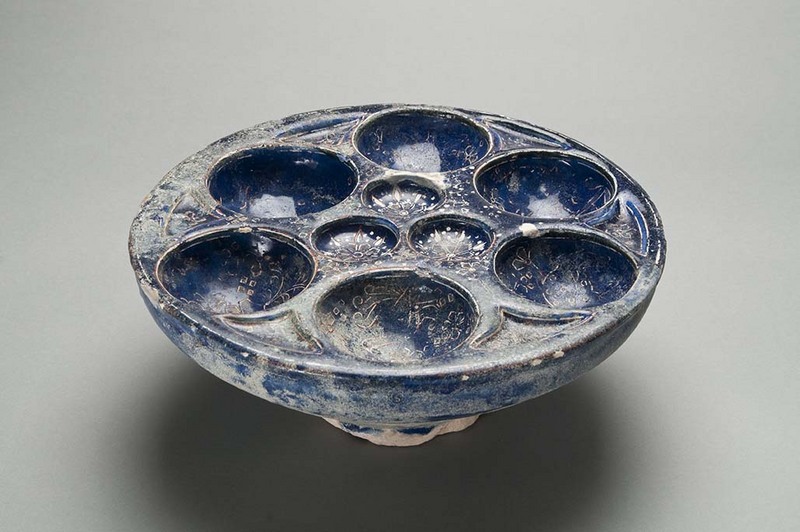 Close up 14th century sweetmeat dish made of stonepaste, overglaze painted and gilded.