The Scholar Breaks Through

By the 1950s, John Hope Franklin's scholarship had earned him the respect and admiration of countless scholars outside of his race. But the color of his skin still limited his ability to enjoy the full oportunities of his life as a scholar. Franklin and his contemporaries were often shut out or unacknowledged in major professional associations. They were frequently invited to lecture or serve as visiting professors at white institutions, but never courted for full-time faculty positions.

All that changed in 1956. That year, hundreds of letters poured in to Franklin's office offering congratulations when news broke of his appointment in the history department at Brooklyn College. He was the first African American to serve as a full-time professor at a traditionally white institution. This was a sea-change, not simply for Franklin, but for the world around him. Other barriers were still waiting to be broken, and it would not be the last time the historian made history of his own. In the years to come, Franklin would become one of a few academics, of any race, to be embraced by the mainstream. 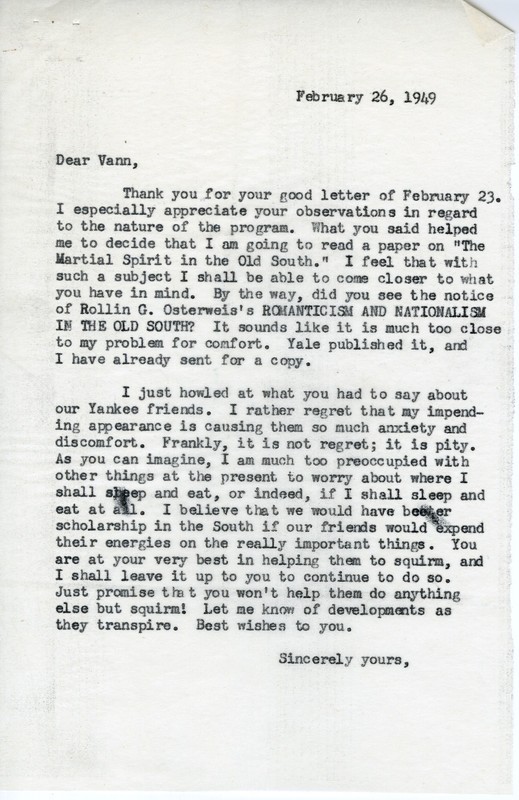 Speaking at the Southern Historical Association, 1949 (1) 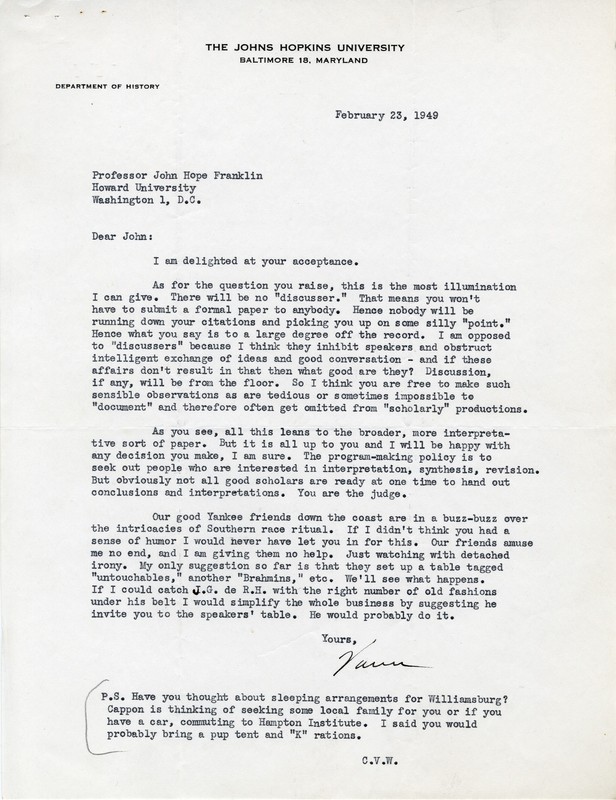 Speaking at the Southern Historical Association, 1949 (2)

Speaking at the Southern Historical Association, 1949

Correspondence between C. Vann Woodward and John Hope Franklin concerning Franklin speaking at the annual meeting of the Southern Historical Association. Franklin became the first African American to speak on a panel at the conference, which was traditionally held at locations in the Jim Crow south.

Click on the image and use the right and left arrows to see more pages. 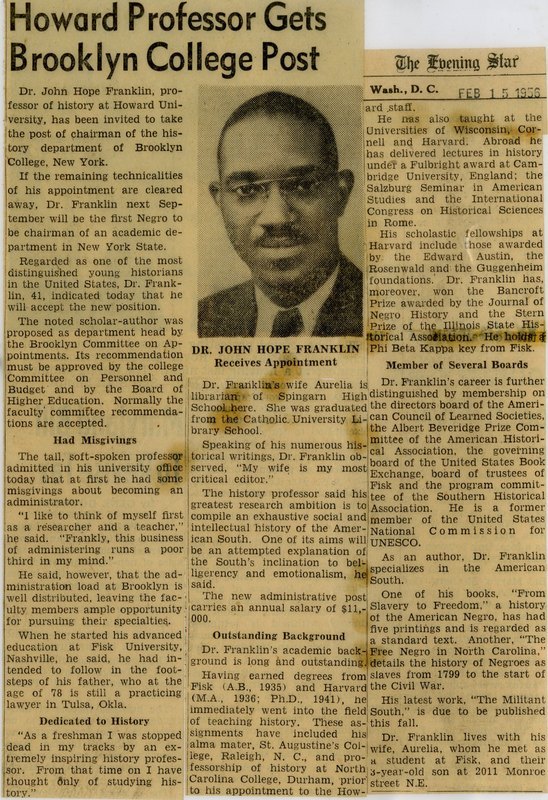 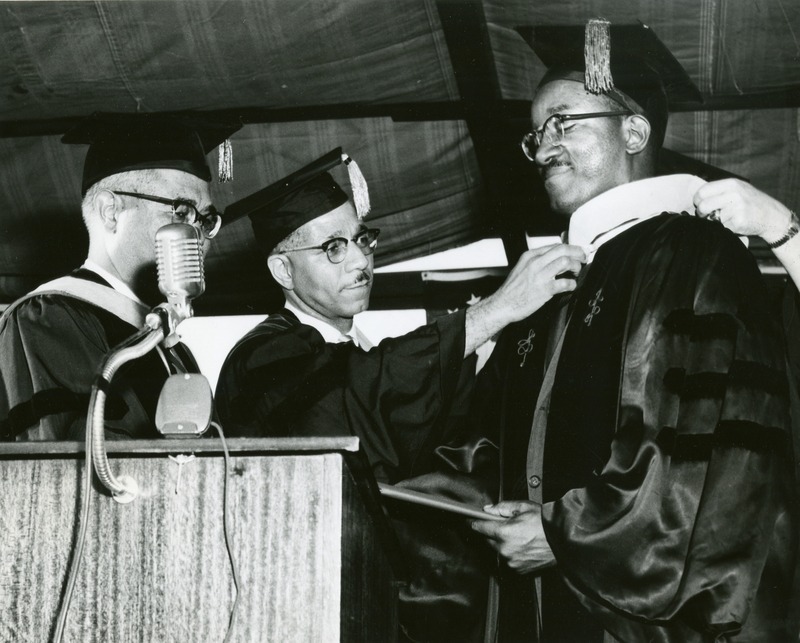 In May of 1960, John Hope Franklin received his first honorary degree from Morgan State College in Baltimore, MD. Franklin, who also delivered the commencement address that afternoon was joined by notable scholar, and fellow Fisk University alum, Dr. W.E.B. Dubois. Franklin would go on to be awarded over 140 honorary degrees in his life. 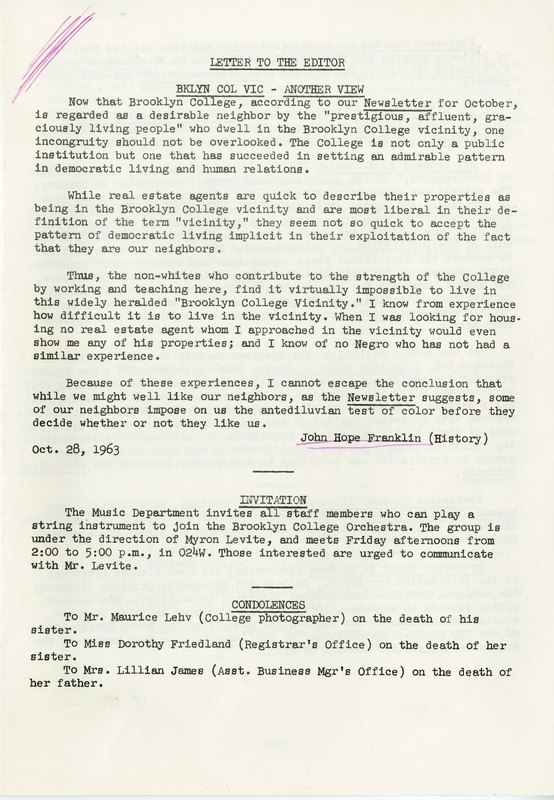 Letter to the Editor, Brooklyn College, 1963

Letter to the Editor, Brooklyn College, 1963 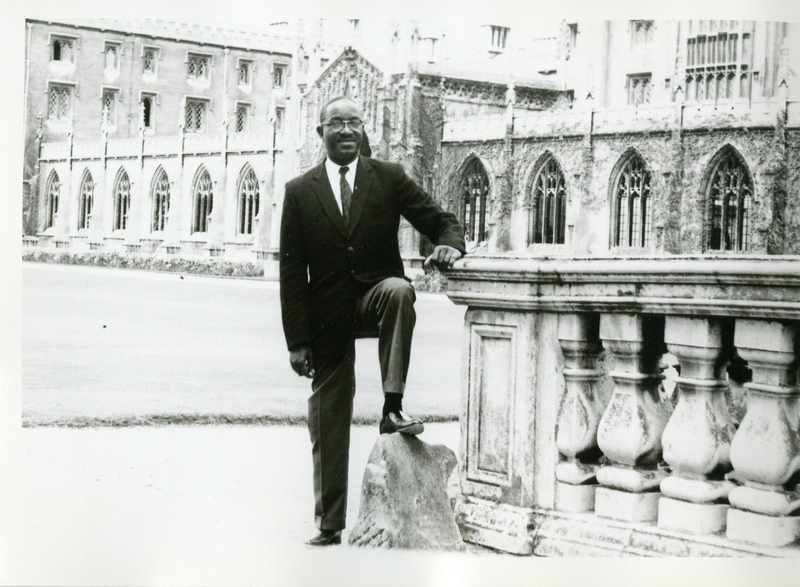 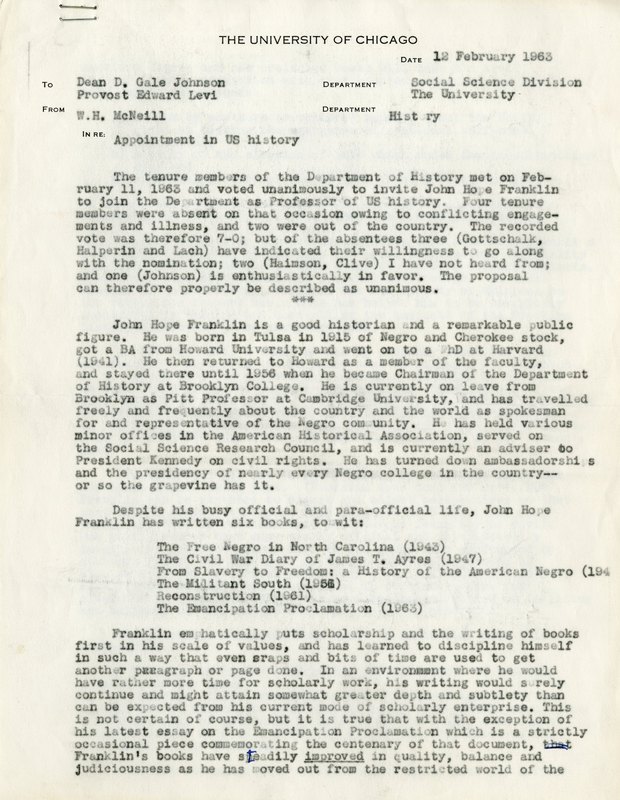 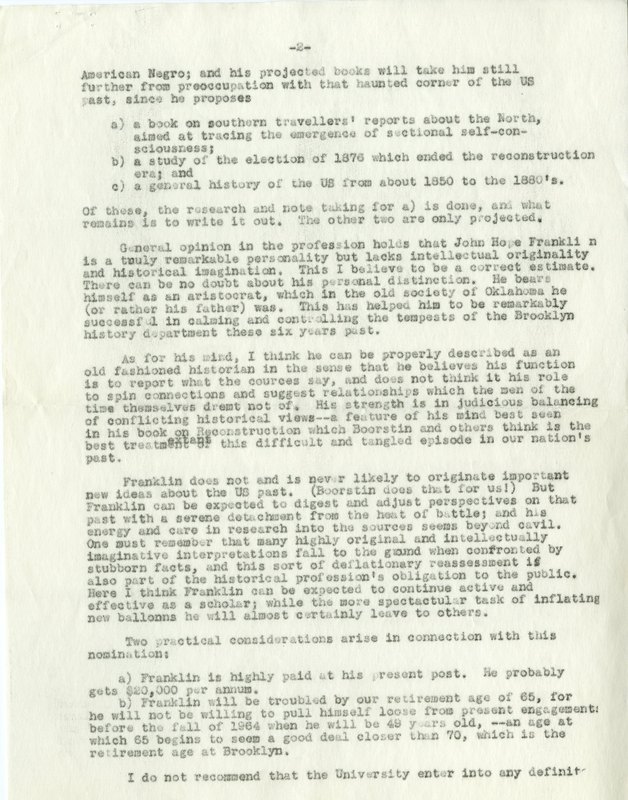 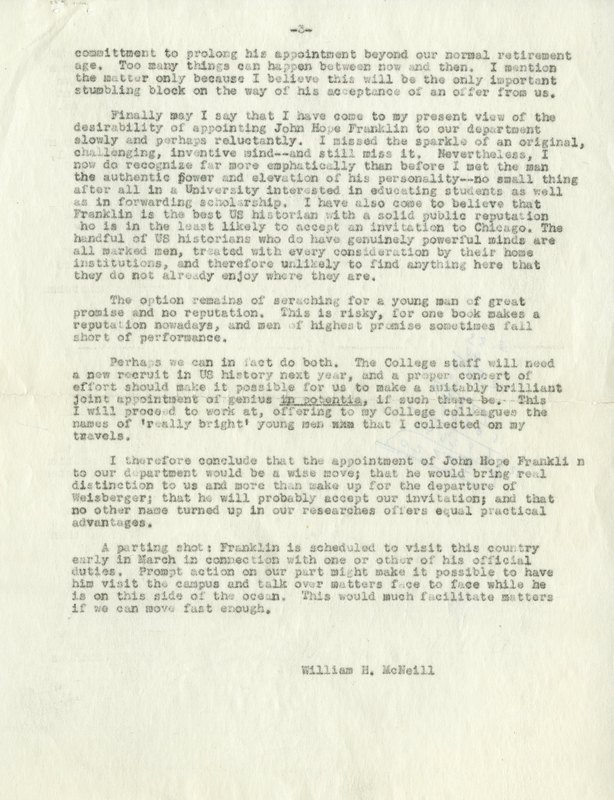 Memo affirming an invitation of John Hope Franklin as a tenured professor of history at the University of Chicago, 1963

Click on the image and use the right and left arrows to see more pages. 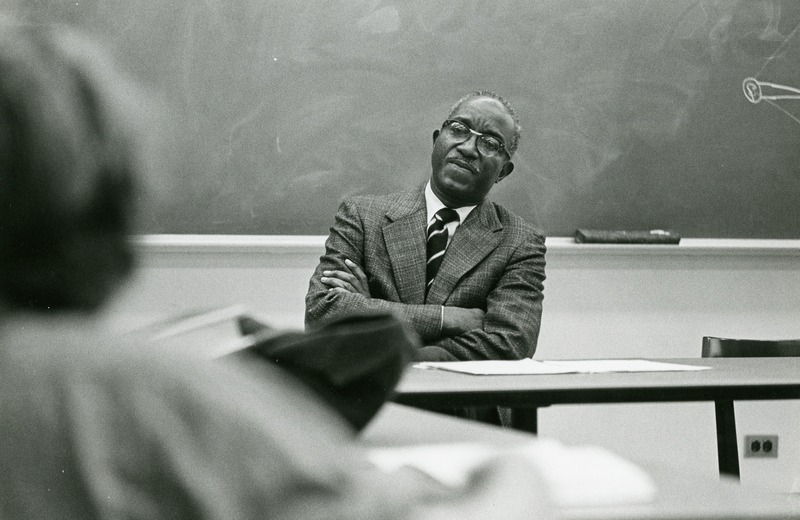 Lecturing at the University of Chicago, 1971

In 1964, Franklin was appointed professor of history at the University of Chicago and served as chair of the history department from 1967-1970. He was the first African American to chair a department at an one of the elite universities in the country. During his tenure at Chicago, he would publish three books, mentor a over twenty PhD students and became a fixture as an American public intellectual.

← The Scholar Activist
The Public Scholar →
The Scholar Breaks Through