The Scholar and Duke 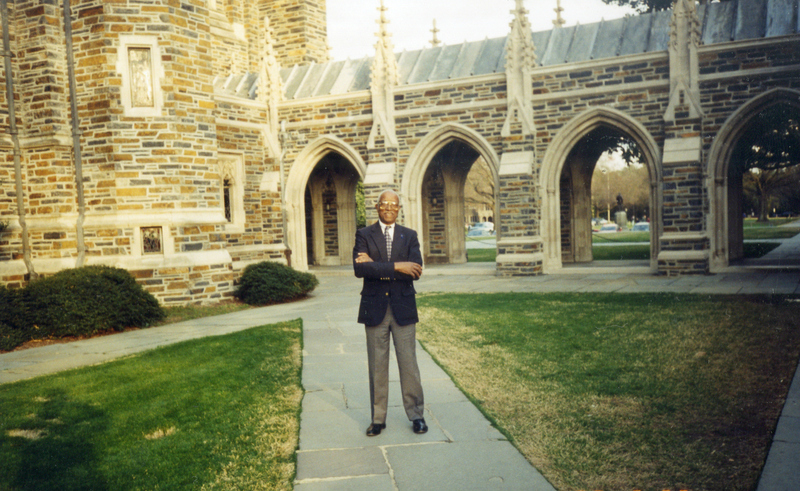 John Hope Franklin first stepped foot on the Duke campus when he was researching his dissertation, "The Free Negro in North Carolina" in the early 1940s. His affinity for the university was born out of the courtesy shown to him then, even when Jim Crow practices prevented African Americans from attending or teaching at Duke.

When John Hope Franklin moved back to Durham in 1980 to be an inaugural fellow at the National Humanities Center, Duke Univresity Provost William Bevan reached out to ask whether he might consider coming out of retirement to accept the poition as the James B. Duke Professor of History, the university's highest professorship. At the time, Duke only had ten African American faculty members.

Franklin accepted the position in 1982 at the age of sixty-seven. He remained a significant presence at Duke and in the Duke community for the remainder of his life. Throughout his twenty-seven years at Duke, Franklin served as a professor of history with a joint appointment in the School of Law. Today his name is affiliated with five separate entities on campus:

John Hope Franklin died peacefully on March 2, 2009, in Duke Hospital at the age of ninety-four. 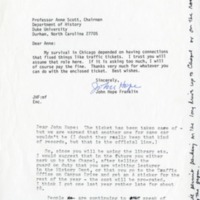 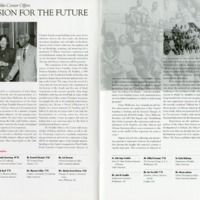 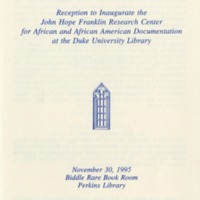 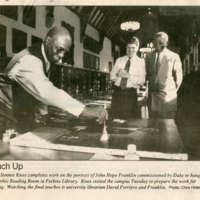 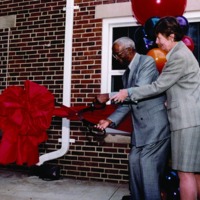 Opening of the John Hope Franklin Center for Interdisciplinary and International Studies, 2000 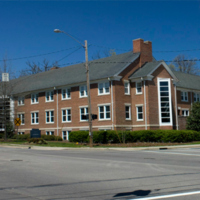 Opening of the John Hope Franklin Center for Interdisciplinary and International Studies, 2000 (2) 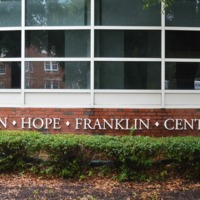 Opening of the John Hope Franklin Center for Interdisciplinary and International Studies, 2000 (3) 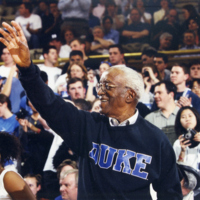 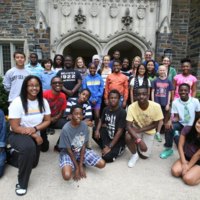 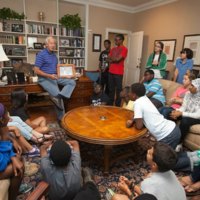 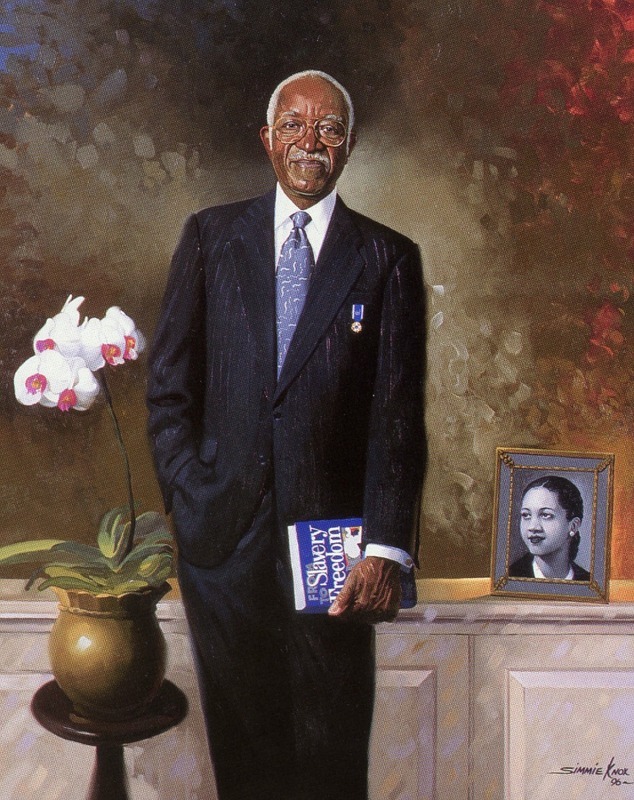 This portrait was commissioned by Duke University in honor of John Hope Franklin. The artist is Simmie Knox and hangs in the University's landmark Gothic Reading Room.

← The Global Scholar
The Scholar and Duke