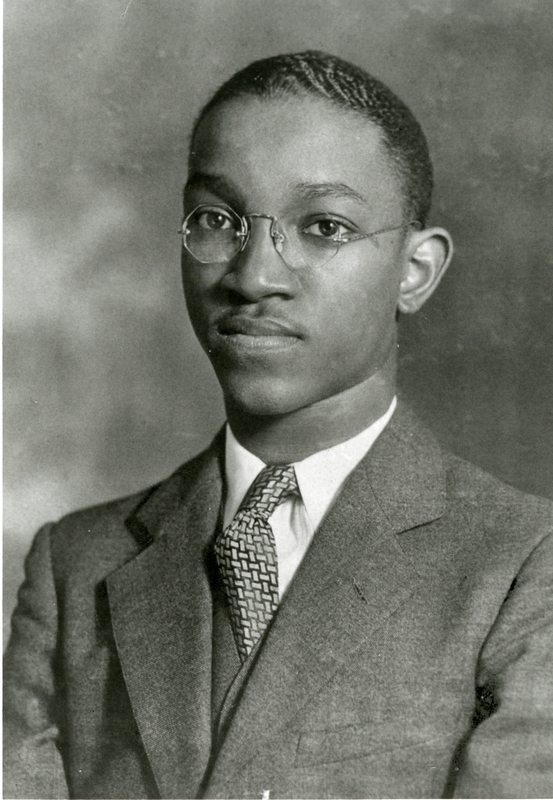 Born in Rentiesville, Oklahoma, on January 2, 1915, John Hope Franklin was the third of four children. His father, Buck, was a lawyer, and his mother Mollie, was a teacher. As the son of professional parents, John Hope displayed an intelligence and thirst for knowledge early on that was heavily influenced-and encouraged-by his family.

In 1921, Buck Franklin moved to Tulsa to seek more clients for his practice and to find a better home for his family, who stayed behind in Rentiesville. At the time, Tulsa was home to one of the wealthiest black communities in the country, with a downtown district known as "Black Wall Street." One month after Buck arrived, however, a local African American teenager was accuesd of assualting a white female elevator operator. While the claim was never substantiated, rumors of the incident quickly escalated racial tensions in the city. Mobs of angry, armed white men stormed the African American side of town, destroying countless homes and businesses and killing dozens of black men and women, in what has been called the single worst incident of racial violence in American history. The Tulsa Race Riot delayed the arrival of Buck Franklin family in Tulsa for four years. It was against the backdrop of violence, segregation, and rebuilding that John Hope Franklin began his personal journey to change society. 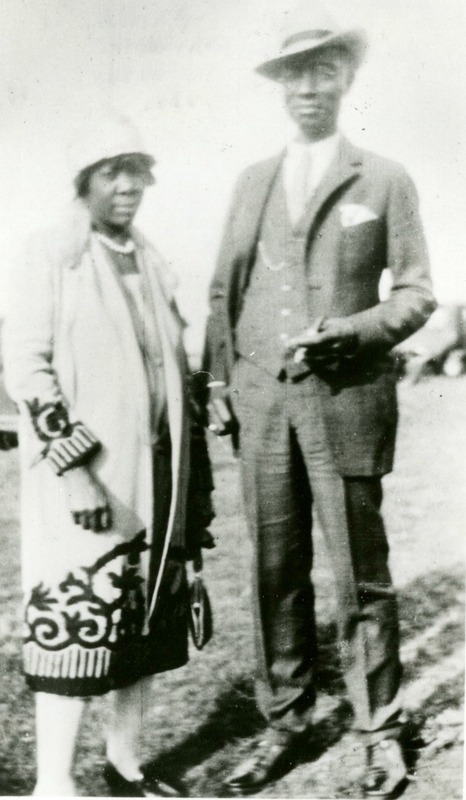 Buck and Mollie were married in 1903 and the Franklin's had four children, Mozella, Buck Jr., Anne, and John Hope. 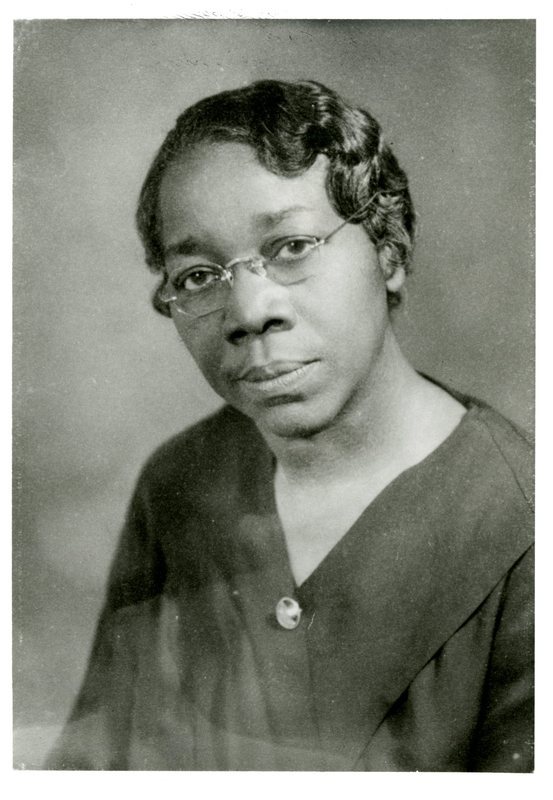 Mother of John Hope Franklin, Mrs. Franklin was an educator and taught John Hope to read at the age of three. Throughout his life he credited his mother for his love of education and fishing. 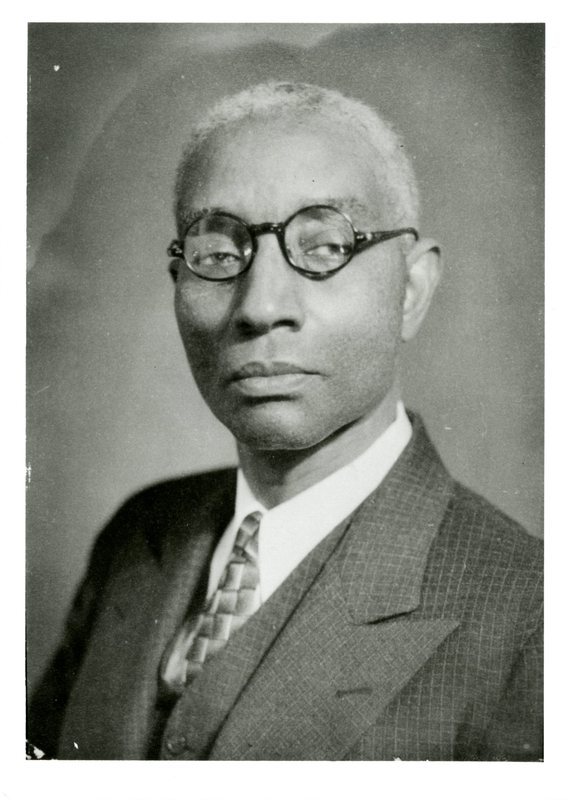 Buck C. Franklin was a pillar in the Tulsa, Oklahoma community. As one of the few African American lawyers in the state, Franklin had just arrived in Tulsa before the Tulsa Riots took place. John Hope Franklin and John Whittington Franklin would edit his autobiography, My Life and an Era: The Autobiography of Buck Colbert Franklin in 2000. 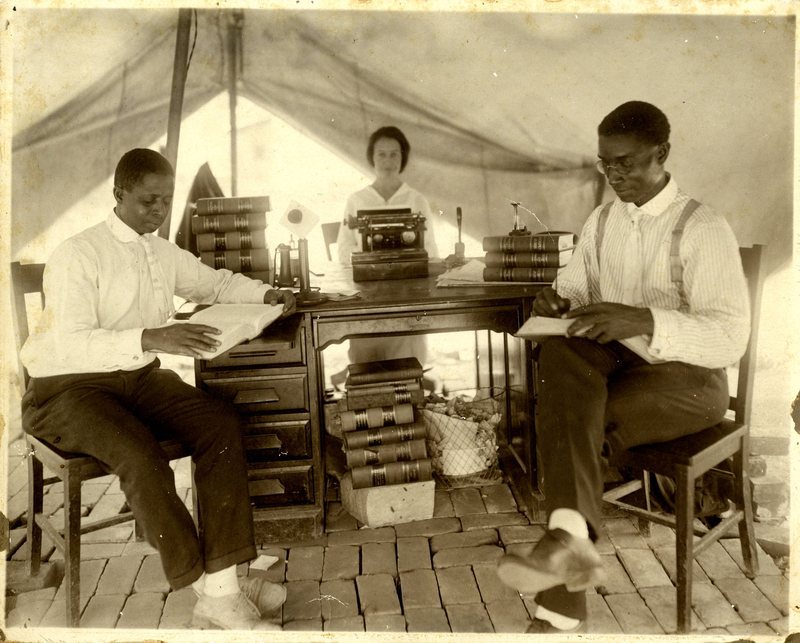 Buck Franklin moved to Tulsa one month before the tragic events of the Tulsa riots of 1921, that saw the destruction of a vibrant African American community in the city's downtown. This photo shows (l to r) I.H. Spears, Effie Thompson, and Franklin working in a tent office shortly after the riots, after their own office was burned down. As on of the few black lawyers in the state, Franklin filed suits for compensation for the loss of businesses and property that were affected by the riots. 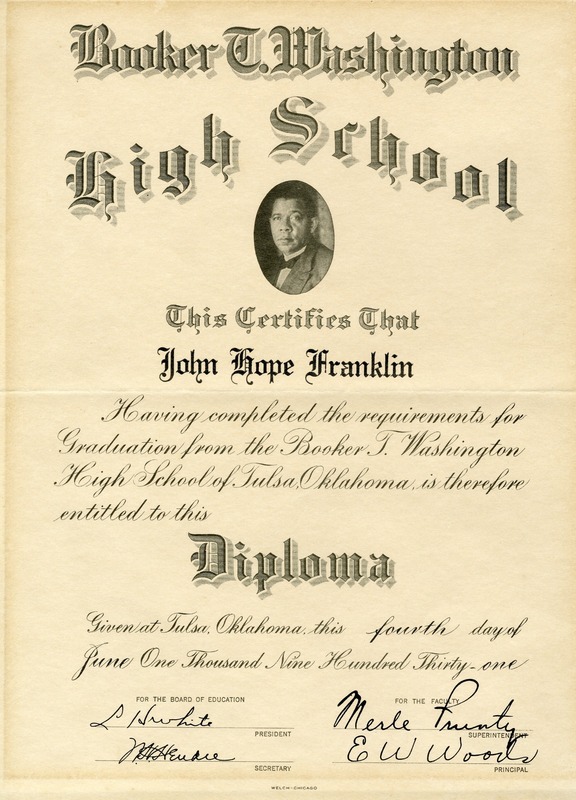 John Hope Franklin's graduation diploma from Booker T. Washington High School in Tulsa, Oklahoma. Franklin was sixteen when he graduated from school, he and his sister Ann would attend Fisk University in Nashville, TN the following fall. Washington High School was the only secondary school for African Americans in Tulsa at the time and has a legacy of educating generations within the community.