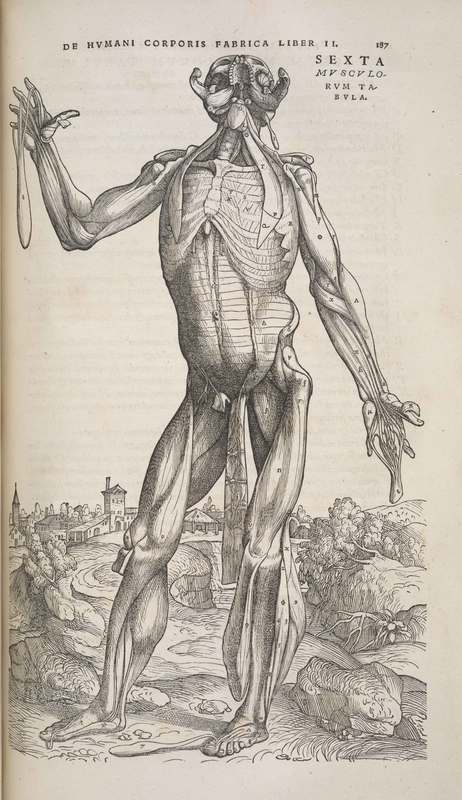 The Rise of Anatomy

The importance of anatomy is a common thread woven throughout the history of medical education. How better to learn anatomy than to dissect a human cadaver? In ancient times, however, cultural norms and sacred laws prohibited the dissection of the human body. As a result, much of Galen’s anatomical knowledge was based on the dissection of animals, such as dogs. During the Renaissance, scholars (including scientists and physicians) increasingly relied on direct observation, including direct observation of the human body. Initially, educational dissection involved a division of labor, with a surgeon doing the hands-on work of cutting the corpse while the physician lecturer read from an anatomy book and identified points of interest for the students. 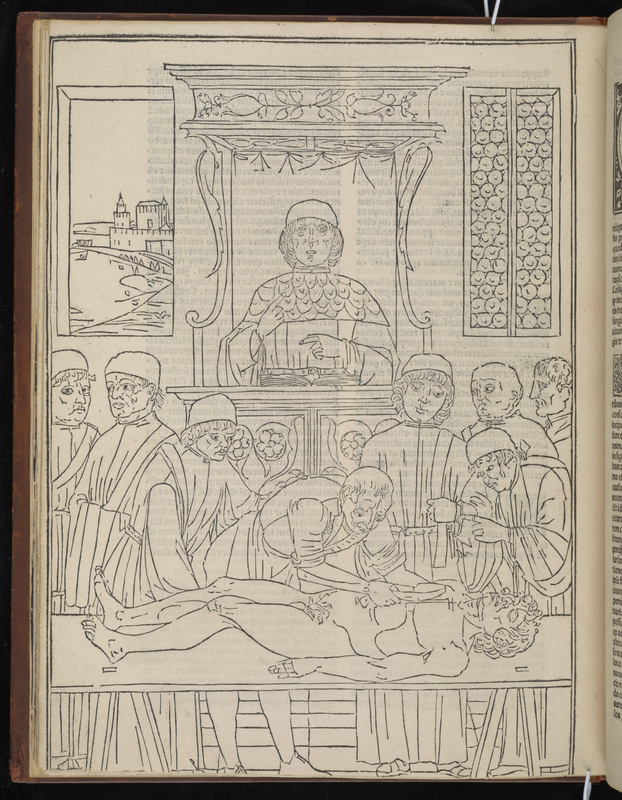 De Ketham’s Fasciculus medicine was the first printed work to include medical illustrations, including images of dissections during an anatomy lecture. First printed in 1491, there were many subsequent editions, including the History of Medicine Collections’ copy from 1500. The iconic image displayed shown here depicts the hierarchy of an anatomy lecture. Seated at the top is the lecturer, reading from a medical a text, probably in Latin. Another instructor points to the parts being read. A third person, probably a surgeon, cuts the cadaver. The surgeon’s short robe indicates that he has a lower professional status than the two instructors. 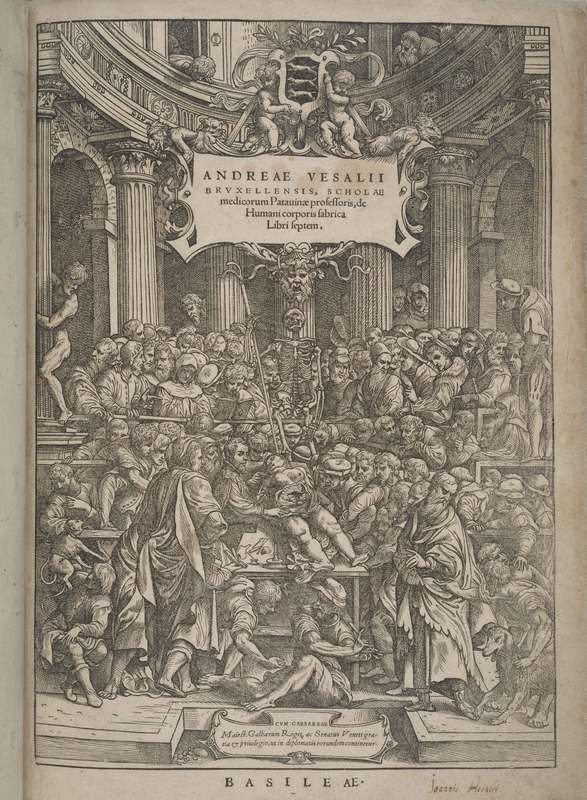 Andreas Vesalius’ landmark work De humani corporis fabrica libri septem (1543) revolutionized medical education by demonstrating that human dissection is essential to anatomical knowledge and training. Vesalius’ work uncovered inaccuracies in Galen’s work, threatening the medical establishment. The title page of the work shows Vesalius leading a dissection before a large crowd. Unlike the physician/educator in de Ketham’s work, Vesalius himself is actively engaged with the dissection, rather than having a surgeon do the cutting while he points and lectures.