“Then came September 1936 and the second year of medical school for the Class of 1939. After biochemistry and physiology (I became an expert at boiling water and smoking drums), we were ready for anything. This was the year for pathology, clinical microscopy, hematology and physical diagnosis; and it was also our first introduction to Wiley Forbus, Oscar Hansen-Pruss, and Ed Orgain. This was the year that it all began to fall into place for the first time. We were issued a little black bag with stethoscope, blood pressure apparatus, tuning fork and reflex hammer, and there was no holding us back now.” 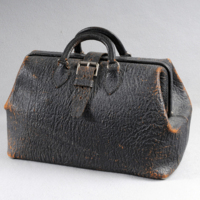 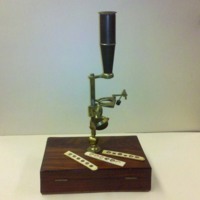 This doctor’s bag, stethoscope, blood pressure cuff, reflex hammer and tuning fork were standard issue for second-year medical students at Duke. These are just some of the expenses involved in medical education, in 1930 the cost of purchasing a microscope was $150, in 2012 the cost of medical instruments was $1,100.

All expenses for medical students have increased a great deal since the Duke University Medical School opened: