1930: Founding of the Duke School of Medicine

Medical education has become a four-year course of study following the landmark Flexner Report in 1910. The Duke School of Medicine is founded and modeled on the Johns Hopkins program with a curriculum of two years of classroom instruction followed by two years of clinical instruction. W. C. Davison, the School’s first dean, introduces the concept of bedside clinical teaching based on his own medical training at Oxford under Sir William Osler, who is considered by some to be “the father of modern medicine.”

1966: A New Approach to Curriculum

The curriculum undergoes significant change to reflect increased focus on research and to allow students to tailor their education to personal interests and increasing specialization. Students now spend the first year gaining core knowledge to allow them to begin clinical training rotations in Medicine, Surgery, Psychiatry, Pediatrics, and Obstetrics in the second year. This change reflects the importance of increased patient contact throughout years two and four, as prescribed by Osler’s earlier mandate for bedside clinical training while also allowing students to pursue research interests or a dual degree during their third year.

The curriculum is refocused to develop graduates who will become leaders as practitioners, researchers, educators, administrators and healthcare pioneers. Students learn the core basic sciences in the first year, followed by a second year of expanded clinical rotations in Medicine, Surgery, Psychiatry, Pediatrics, Obstetrics and Gynecology, as before, and now also Family Medicine, Radiology, and Neurology. The curriculum condenses four years of training into three, followed by a fourth year devoted to clinical electives tailored to student interests. 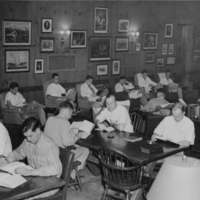 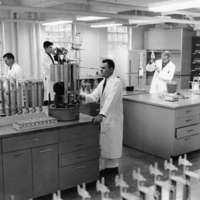 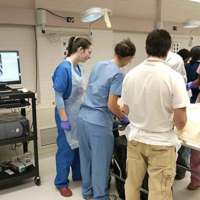