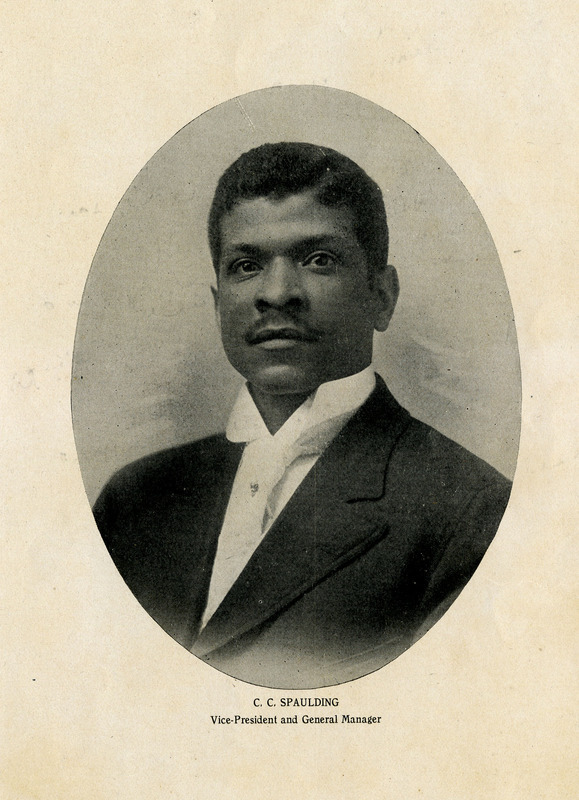 Charles C. Spaulding was Merrick and Moore's first hired employee and General Manager in 1899, later serving as NC Mutual's President from 1923-1952 after Moore's death in 1923. Prior to working for NC Mutual, Spaulding started out as a dishwasher and worked his way up to the General Manager position of a grocery company. In 1926 Spaulding was awarded the Harmon Foundation Gold Medal for distinguished achievement in business. Shaw University, Tuskegee Institute, and Atlanta University conferred honorary Doctorates of Law on him for his legacy of leadership in politics.