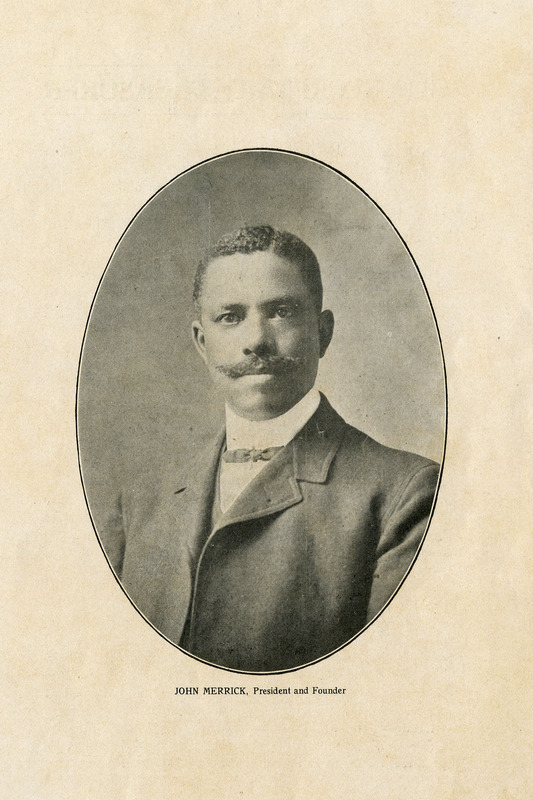 Founder and president of NC Mutual, John Merrick, was born into slavery in Clinton, North Carolina in 1859. Shortly following emancipation, Merrick rigorously pursued education that would lead to a lifelong career in business and successful entrepeneurship. Working from a young age to support his family, Merrick first worked as a brick mason and barber. Stemming from these early experiences, his first successful business was a barbershop in Durham, North Caroilna. This success propelled him into the business world and laid the foundations for his successful collaborations in developing NC Mutual.