Spanning languages and geographical bounds, the four twentieth-century works of literature on display here all adapt elements of the Comedy. 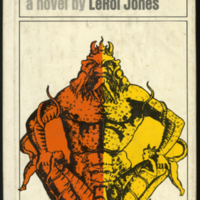 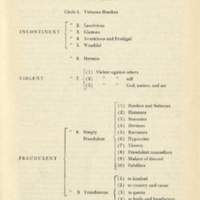 The Trembling Lamb, chapter: The System of Dante's Inferno

LeRoi Jones, The System of Dante’s Hell (1965).
In his impressionistic novel The System of Dante’s Hell, Leroi Jones uses the architecture of Dante’s Inferno to scaffold this otherwise free-ranging autobiographical account of his youthful development as a poet and thinker. Like Dante, Jones confronts his relationship to poets past. He especially engages the white American Modernists and the Beats, whose influence he sought to purge through the production and publication of System. In relocating heresy to the innermost circle of his version of Hell, Jones grapples with what he considers to be his cardinal sin of heresy against the (racial) self: his turning away from Black identity and emulating members of the white literary canon. System explodes canonical literary monoliths from within the “system” of poetic lineage. 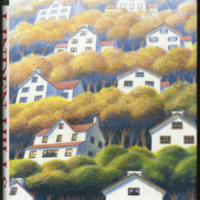 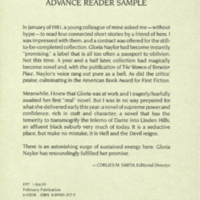 Gloria Naylor, Linden Hills (1985).
Gloria Naylor mirrors both the structure and themes of Dante’s Inferno, depicting Black upper-middle-class suburbia as a hellish project to outdo white Americans by emulating and exceeding their vices: materialistic greed, obsession with appearance, and envy of those with higher status. Linden Hills is a planned community with restrictive covenants enforced by Luther Nedeed, who holds the mortgages to all Linden Hills properties as heir to the original community architect. Luther uses this power to torment and manipulate residents, all to maintain his notion of Linden Hills as a social triumph and an affront to white American pride. The residents choose to pursue the sinful Linden Hills lifestyle and suffer in perpetuity as they bequeath their mortgaged properties and vices, their deals with the devil, to their children.

Monique Wittig, Virgile, Non [Across the Acheron] (1985).
Published in France in 1985, Virgile, Non (Across the Acheron) is Monique Wittig’s final novel – an unapologetically irreverent parody of Dante’s Comedy. Wittig (1935-2003), a committed feminist and lesbian writer, reinterprets Dante’s journey through the three realms of the afterlife as an erratic, profane pilgrimage where a woman named “Wittig” chaotically makes her way through a windy, surreal and mostly unnamed San Francisco. If “Wittig” takes the place of Dante, another woman, called Manastabal, replaces Virgil as the guide charged with escorting the narrator on her journey. Divided into forty-two chants, echoing Dante’s Vita Nuova, the structure of Across the Acheron nonetheless dismantles the divine, perfectly ordered architecture of Dante’s afterlife so that the various places in Hell, Purgatory and Paradise are randomly visited, ultimately testifying to Wittig’s refusal not only of established categories, but of all systematic order. A relentless reflection on the nature and possibilities of language, the journey of Wittig’s “Wittig” ends with a tasty vision of Angels’ Kitchen, a heavenly community of genderless angels ecstatically serving each other meals.

Primo Levi, Se questo è un uomo [If This Is a Man/Survival in Auschwitz] (1947).
Primo Levi, an Italian Jew and member of the anti-fascist resistance in Italy, wrote If This Is a Man as a testament to the horrors he witnessed in the Nazi concentration camp of Auschwitz. In “The Canto of Ulysses,” Levi tries to teach his friend Italian by reciting the twenty-sixth canto of Dante’s Inferno, which tells how Ulysses was punished by God for attempting to surpass the limits of human knowledge. Levi creates an uncomfortable parallel between the God who strikes down Ulysses and the God who allows the inmates to perish in the miserable conditions of the camp. Dante’s text, however, also serves as a touchstone for Levi: it is a reminder of the humanity he shares with others, even in the darkest of times. Levi’s works have been influential in both Italian and English; they are on display here in translation with an introduction by Toni Morrison and a note by Ann Goldstein, one of today’s foremost translators of Italian to English.