In the Vita Nuova, one of his early works, Dante tells the story of his love for Beatrice,* her death, and his attempt to find an appropriate way to praise her. Just as Dante begins the work’s distinctive combination of thirty-one poems in a prose frame by dramatizing his selective transcription from the “book of his memory” to the “little book” his readers hold in their hands, later editors, translators, and illustrators have highlighted different elements of Dante’s account.
*For more information about Beatrice, see Purgatory and Paradise. 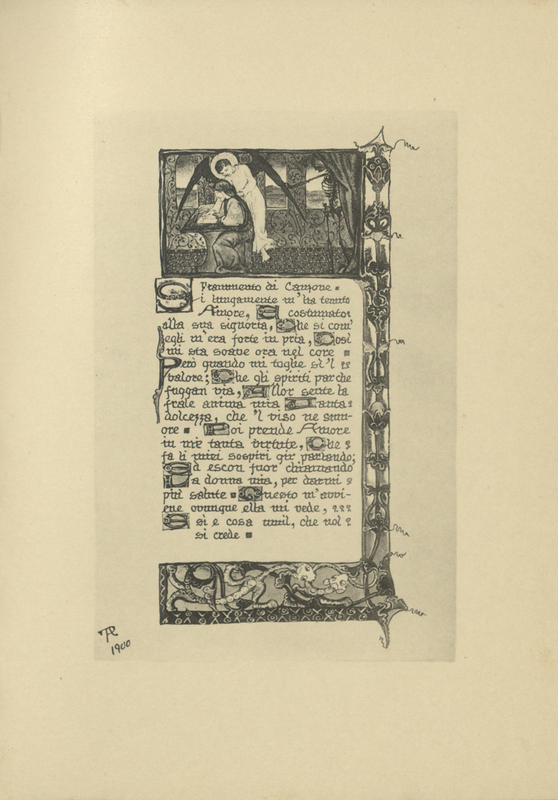 Dante Alighieri, illustrations by Phoebe Anna Traquair, La vita nuova of Dante Alighieri black and white facsimile (1902).
Phoebe Anna Traquair’s modern illuminated manuscript offers a striking illustration of Dante’s account of Beatrice’s death. In the scene shown in the volume here, Traquair brings into focus the suddenness of Beatrice’s death by showing a skeletal figure who pulls an angel away, intruding on Dante as he composes his love poetry for Beatrice. 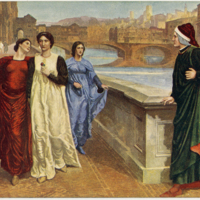 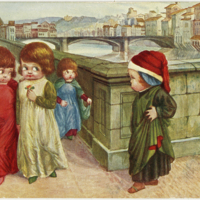 Early twentieth-century postcards with images by Henry Holiday (1883) and Aurelio Bertiglia (1917).
Henry Holiday’s pre-Raphaelite representation of Beatrice refusing to greet Dante has been widely reproduced from book covers to postcards, like the one on display here. Aurelio Bertiglia’s early twentieth-century postcard (center) parodies Holiday’s scene by depicting Dante and Beatrice as cherubic children. This version reminds the viewer of Dante’s first encounter with Beatrice when they were just nine years old, highlighting the strangeness of Dante’s childhood love. 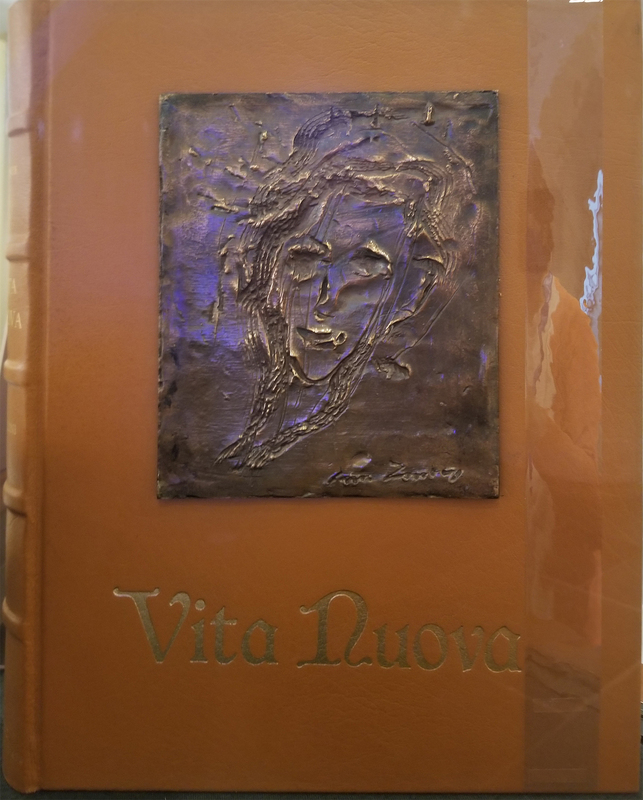 Dante Alighieri, edited by Mario Marti, illustrated by Pericle Fazzin, Vita nuova (1984).
Most famous as a sculptor, Pericle Fazzini also transformed Dante’s work into this oversize book with its remarkable sculptural relief of Beatrice on the cover. In this opening, Fazzini gives the viewer the experience of being Dante who sketches angels on the anniversary of Beatrice’s death. 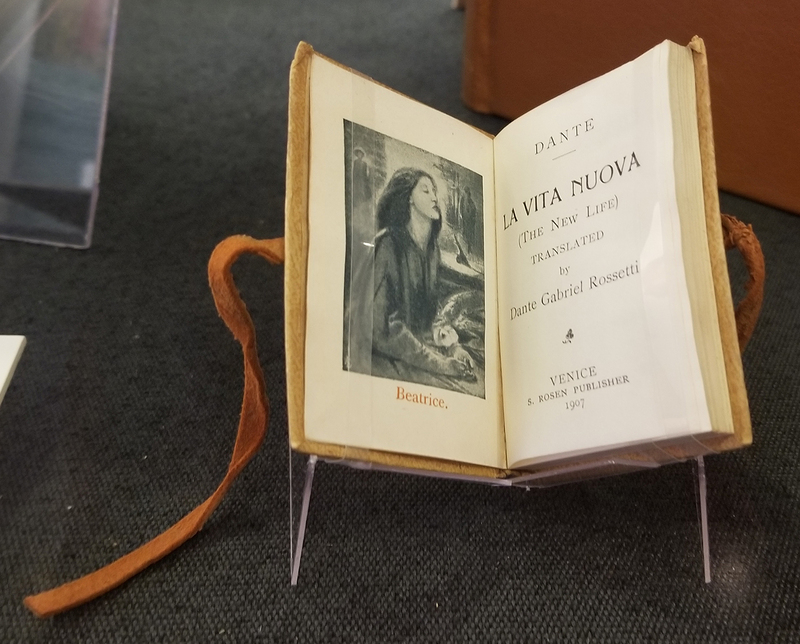 Dante Alighieri, translated by Dante Gabriel Rossetti, Dante, The New Life (1907).
This miniature edition of Rossetti’s English translation, which was printed in Venice, shows the variety of forms that editors deployed for Dante’s work. For Dante, the book itself, whether oversized or miniaturized, can circulate like a postcard, transmitting the miracle of Beatrice to new readers, who can consider the impact of their own amorous experiences and their relationship to transcendence.