Dante and Virgil emerge from Hell and arrive on the shore of the Mountain of Purgatory, where they will now meet souls who are saved, rather than condemned. In this intermediary realm, individuals complete necessary penance, learning how to truly “see” before entering Heaven. Through vibrant imagery and figurative language, Dante describes artistic representations that the souls confront as they ascend the seven terraces of Purgatory. These works of art help the spirits on their journey to distinguish between correct love for God and the wayward love of earthly goods.

While Purgatory is obviously religious, Dante also sees it as intimately connected to the political concerns of his day. This is apparent in the presence of the pagan Cato, a Roman Senator known for his unwavering sense of ethics, who serves as the guardian of Purgatory, and in the metaphor of the two suns, explained to Dante by Marco Lombardo in Canto XVI, in Two Sons below. 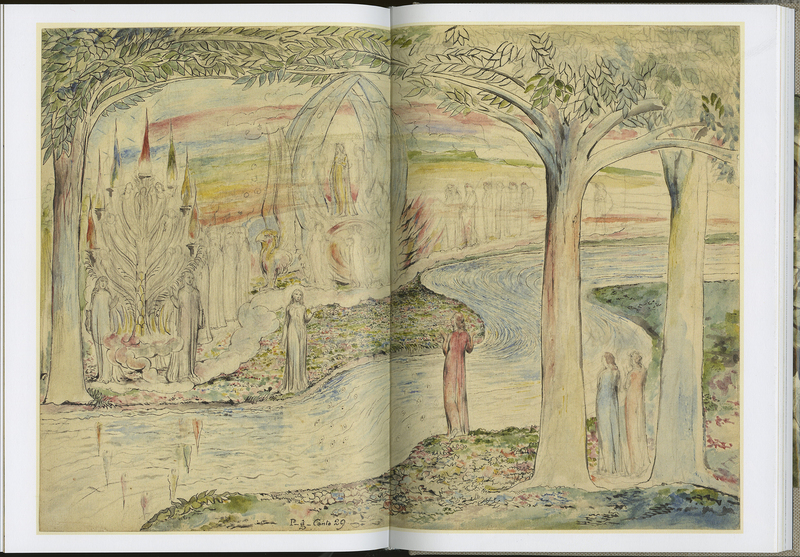 William Blake, Dante’s Divine Comedy (2017).
At the end of Purgatory, when Dante reaches Eden (also known as terrestrial paradise), he encounters his beloved Beatrice, who set his journey through the afterlife in motion. Before Dante can ascend to Paradise with Beatrice, he must be cleansed by drinking from the river Lethe and bathing in the river Eunoe, signaling the beginning of a “new life”.  Blake's illustration captures the beauty of terrestrial paradise as well as the distance between Dante and Beatrice, who remain separated by the river before his final crossing and ascent. 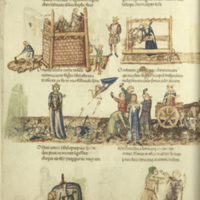 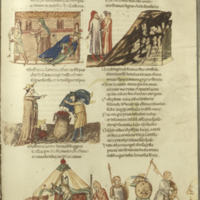 Dante Alighieri, Divina Commedia: Codex Altonensis, facsimile (1965).
These manuscript pages bring to life the visual element of Purgatory. Illustrated here are examples of pride being punished, which are carved into the floor on the terrace of the Prideful. With his detailed descriptions of these sculptures, Dante not only provides inspiration for artists like the one who decorated this manuscript, but he also plays on the power of words to create images. The first letter of each stanza that outlines these examples also creates an acrostic that reads: “VOM,” or “uom,” the Italian word for “man.” This intricate visual reminds the reader that pride is deeply connected to our human nature. 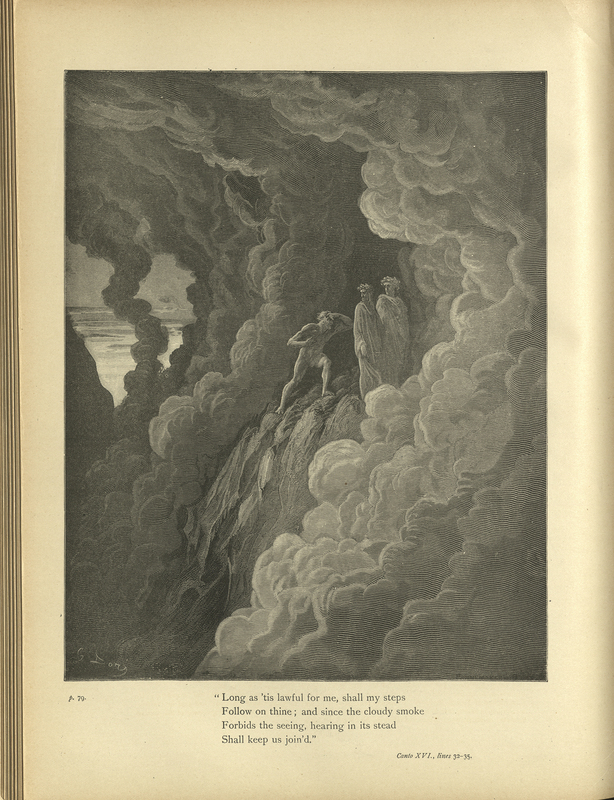 Dante Alighieri, Purgatory and Paradise (1883).
On the terrace of the Wrathful (Purgatory 16), at the poem’s halfway point, Dante meets Marco Lombardo (illustrated here by Gustave Doré). Lombardo offers lengthy reflections on two vital issues: the relationship between religious and secular powers (see the Two Suns) and free will. Lombardo affirms that all humans, regardless of divine influence, have free will and are responsible for their actions – a theme that carries throughout the Comedy. 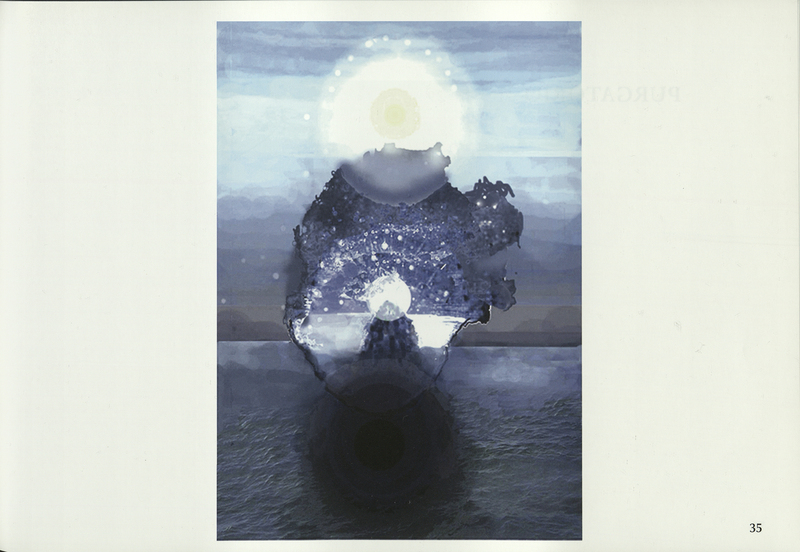 I'll tell what I saw : images from Dante's Divine comedy 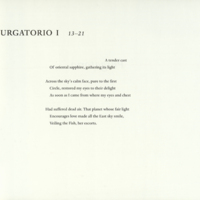 I'll tell what I saw : images from Dante's Divine comedy

I’ll tell what I saw/ Images from Dante’s Divine Comedy (2009).
This contemporary illustration of the Mountain of Purgatory, based on Dante’s description in the first canto, highlights the hopeful nature of the second book of the Comedy. The celestial imagery also connects back to the final line of Inferno, when Dante and Virgil finally reach Purgatory: “and then we emerged/to see the stars again.” 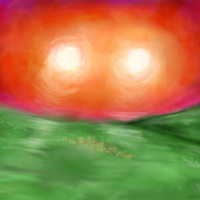 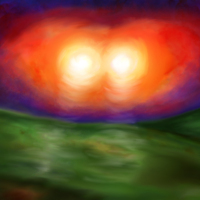 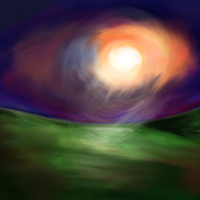 Two Suns
Given Dante’s involvement in Florentine politics, the relationship between the spiritual realm (the church) and the earthly realm (the empire) was central to his work. At the halfway point of the Comedy (Purgatory 16), Dante meets Marco Lombardo [see Marco Lombardo], who uses the metaphor of the two suns to explain how the relationship between the spiritual and earthly realms has been corrupted.

As the first panel shows, when there are two suns or two paths – “the world’s path” and “the pathway that is God’s” – the earth and its civilizations flourish. However, when the two conjoin, their power weakens, as is evident in the second and third panels, and humanity suffers (illustrations created by Catherine McMillan, Trinity 2022). We may understand this as an early call for separation between church and state.