At the opening of the Comedy, Dante, the author and protagonist, finds himself lost in a dark wood (as pictured in the 1491 facsimile ). The spirit of the illustrious poet Virgil, sent by Dante’s beloved Beatrice, arrives to guide him to the right path. The first part of Dante and Virgil’s journey takes them through the nine circles of Hell, where souls receive punishments that correspond to their sins (see Bertan de Born).

Dante Alighieri, Inferno (1885).
In the circle of the Lustful, Francesca da Rimini recounts how she and her brother-in-law, Paolo Malatesta, were moved to kiss by reading the story of Lancelot and Guinevere. When her husband discovers their transgression, he slays the lovers. With this moving scene, Dante rescues Francesca’s story from historical oblivion, giving a voice to a woman who was otherwise a minor figure in the political maneuverings of powerful dynastic families. He also raises questions about the power of reading and interpretation, the extent of free will, and the relationship between love and reason. 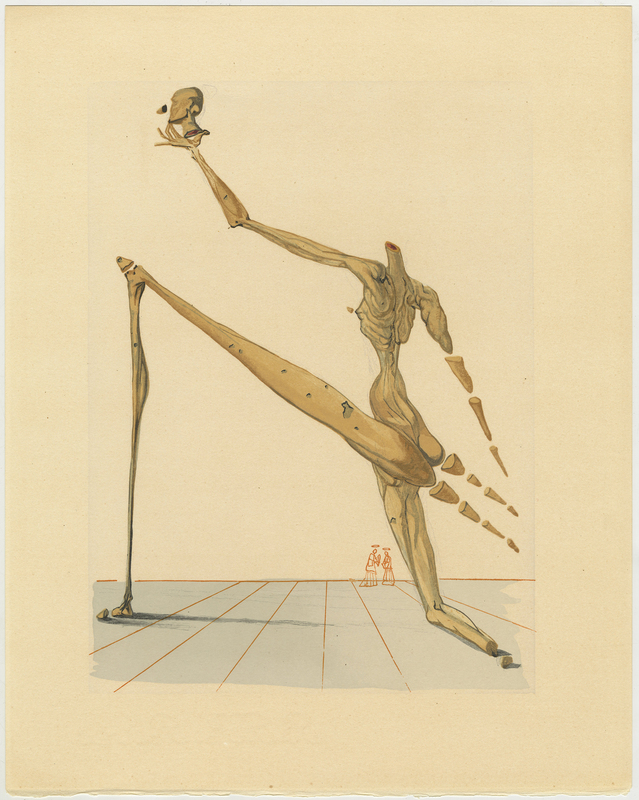 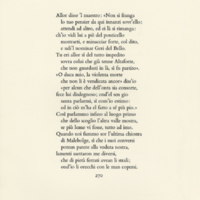 Dante Alighieri and Salvador Dalì, La divina Commedia / The Divine Comedy (1963-4).
Bertran de Born, pictured here, embodies the concept of contrapasso: the idea that sinners’ punishments correspond to their sins. Bertran holds his decapitated head, forever separated from his body, because he severed the bond between Henry II of England and his son. 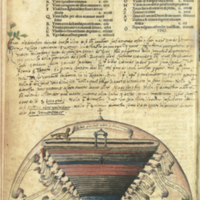 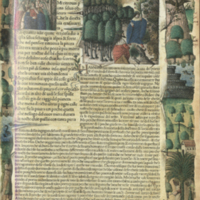 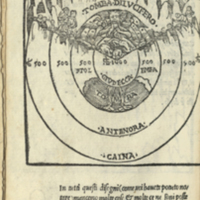 Dante Alighieri, Comedia di Dante con figure dipinte… facsimile (1491/2014).
Dante Alighieri, Le terze rime di Dante (1502).
These two volumes, dated just a few years apart, demonstrate a broad interest in Dante’s Comedy. The first two images are from the Venetian edition: a beautiful, deluxe copy with illustrations. The other illustration is from a volume that contains two books bound together: a version of Dante’s terze rime, published by the Aldine press, which emphasizes the text itself, and Antonio Manetti’s commentary, printed a few years later. Both the Venetian copy and Manetti’s commentary offer intricate diagrams that outline the nine circles of Hell in an attempt to map the complex geography of Inferno.*
*For more information see Mapping the Comedy

William Shakespeare, Romeo and Juliet (1992).
The cover of this 1992 edition of Romeo and Juliet, another tragic love story, uses a painting of Paolo and Francesca by William Dyce (1837).