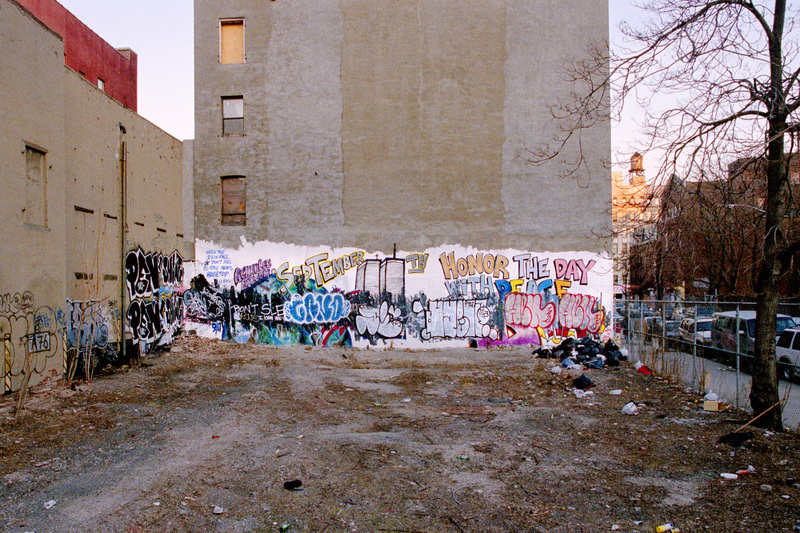 Painted next door to the site of New York’s famous CBGB music club, this graffiti has disappeared, like so many other vernacular memorials. It included the Towers with a cross on top of them, as well as lines by Bob Marley. 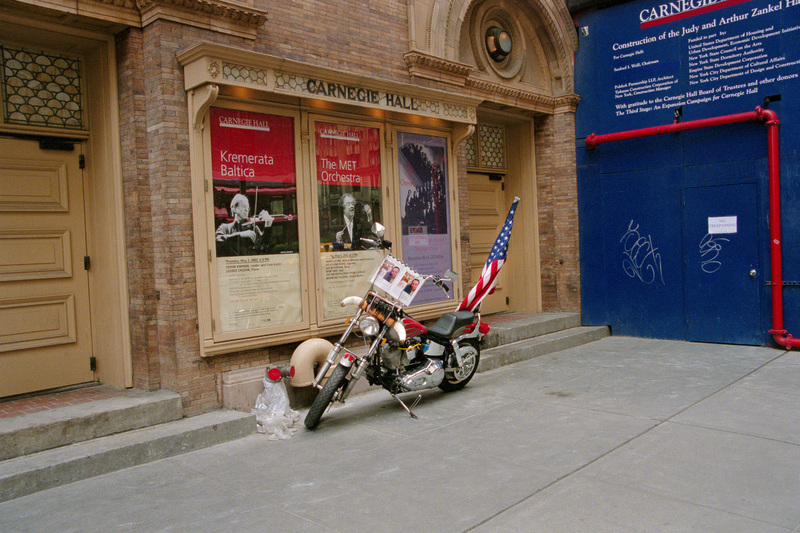 Some memorials are easily overlooked by the un-attentive eye. As if emulating the doubling effect of the Towers themselves, two color photocopies of one of the lost appear here, clamped on the handlebars of a motorcycle. The disproportionate flag finishes off the mobile personal memorial. 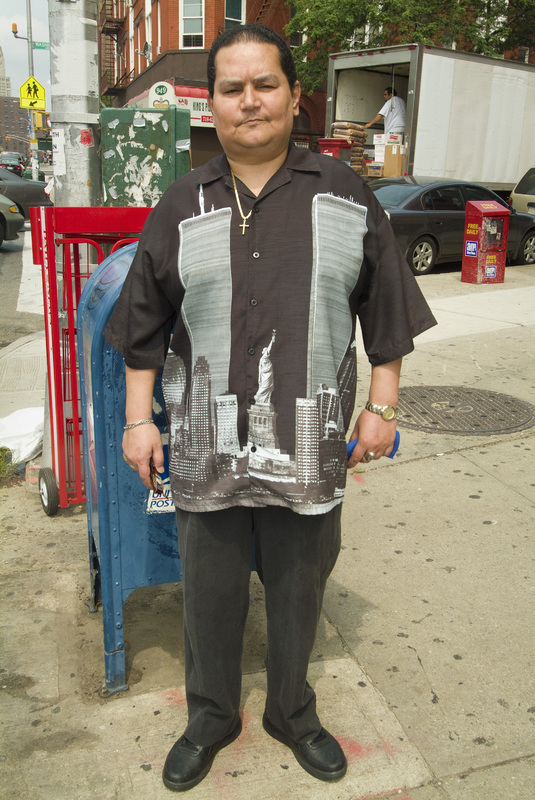 If tattooing the face of lost loved ones on one’s body seemed too much of a commitment, an acceptable alternative was wearing the twin icons on a piece of clothing. Much like the magnetized flags that appeared and disappeared with ease, clothes showing the Towers were worn with pride and honor for the first few years, but became less common as time passed. 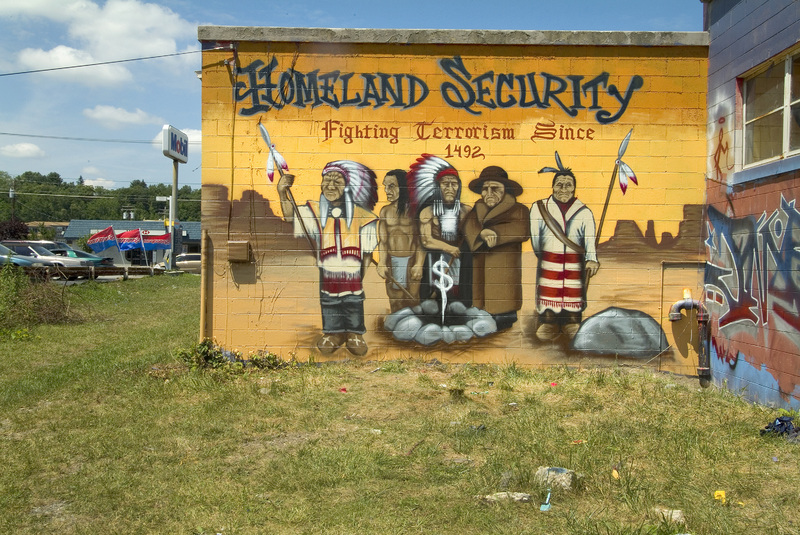 While many of the images in Hyman’s archive are racialized through the mostly white bodies and associated racial codes of firefighters and police, this mural critically and humorously presents Native Americans as the original U.S. Homeland Security, boldly implying with the phrase “fighting terrorism since 1492” that Columbus, the Spanish colonizers, and their Northern equivalents, the pilgrims, are the actual terrorists.