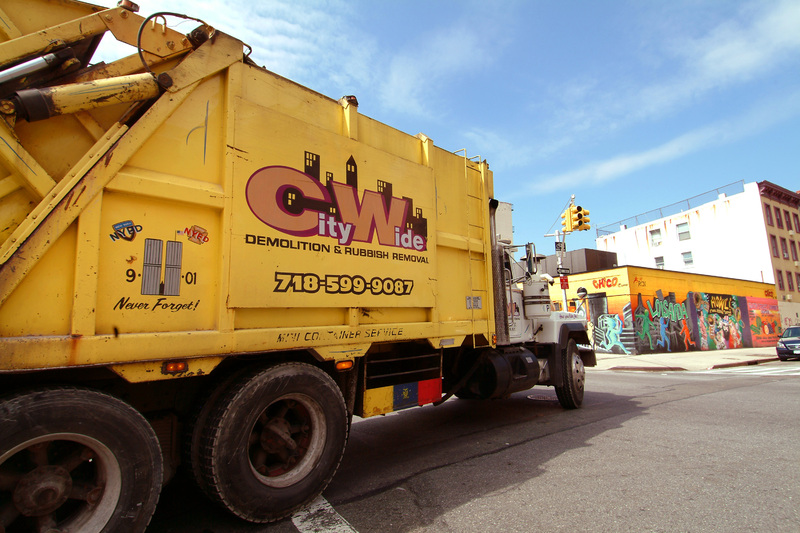 No surface is ever considered unworthy of a WTC vernacular memorial. In this case, the Towers appear painted on a garbage disposal truck, including at bottom the national colors of Colombia and Venezuela. Also worth noting in the picture is the mural in the background featuring Allen Ginsberg as Uncle Sam. 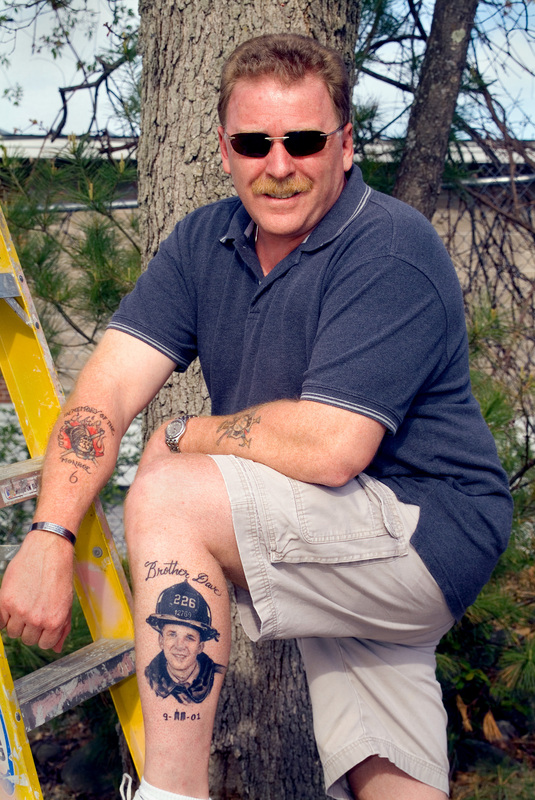 Considered to be the most unquestionable act of personal devotion to a loved one, tattooed portraits have allowed the dead to continue living on the very skin of those who mourn and remember them. Retired New York City Firefighter Anthony DeRubbio here shows the memorial on his leg to his brother Dave. 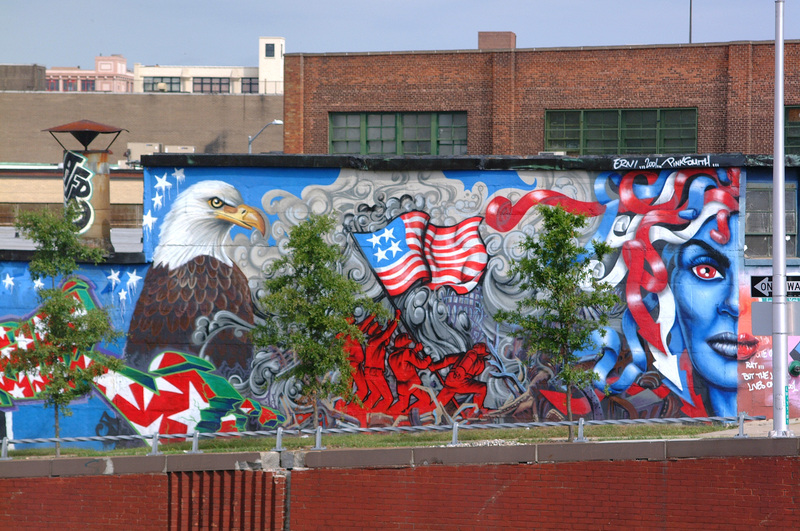 The appearance of flags and national emblems like the eagle on vernacular memorials is dis-missed by many as a simple manifestation of nationalism, and celebrated by others as clear patriotism. What both groups miss is the complex role that these icons and symbols play in these memorials for very specific communities. Why has Lady Liberty in this mural, for example, turned into a red and blue Medusa whose stare may turn us into stone? What is the actual meaning of this image and its four stars on the flag? Why are the flag raisers red? Why is Medusa balanced with the bald eagle’s angry stare? 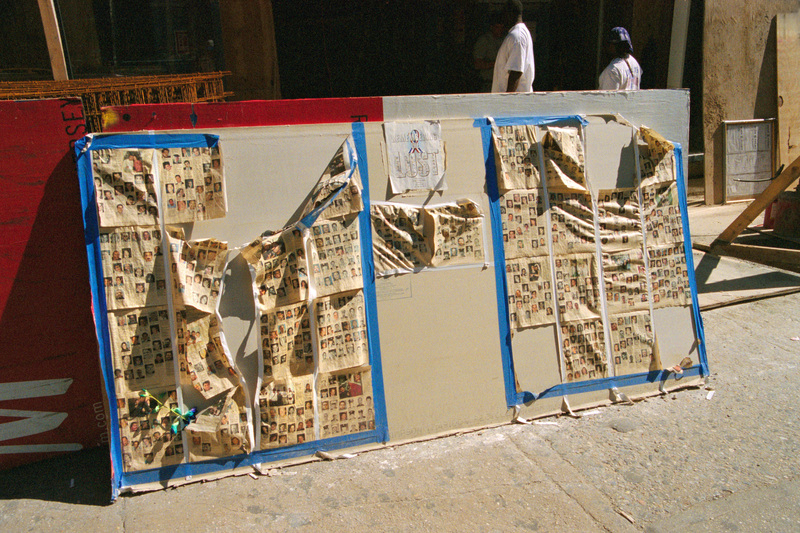 With the faded inscription of “Remembering the Lost” this makeshift memorial has clearly entered the limbo of memorability as an object. Almost ready to be thrown into the dumpster, the ghost of the object and its subjects remain in the form of this photograph.