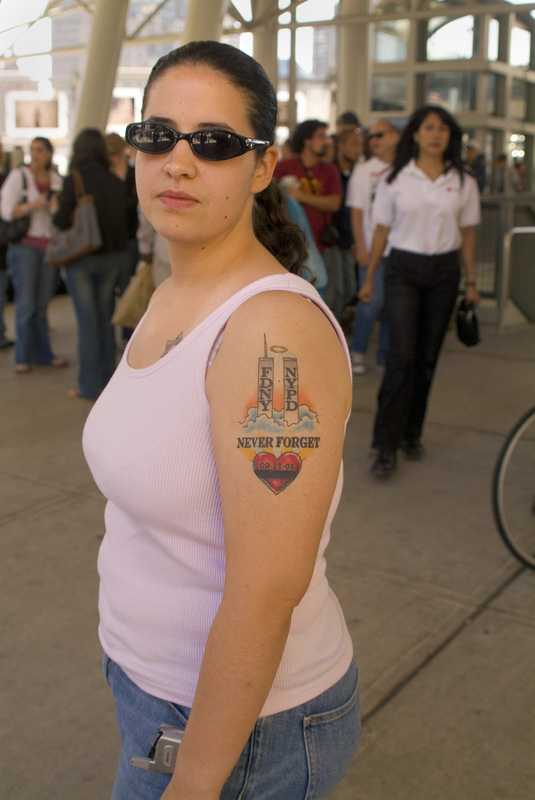 While most subjects with 9/11 tattoos in Hyman’s archive are white and Christian, there are noteworthy exceptions such as Brocha. A religious Jew, and aware of the issues around tattoos in her community, she has a tattoo of the Towers on her arm, and one of the Star of David on her chest. 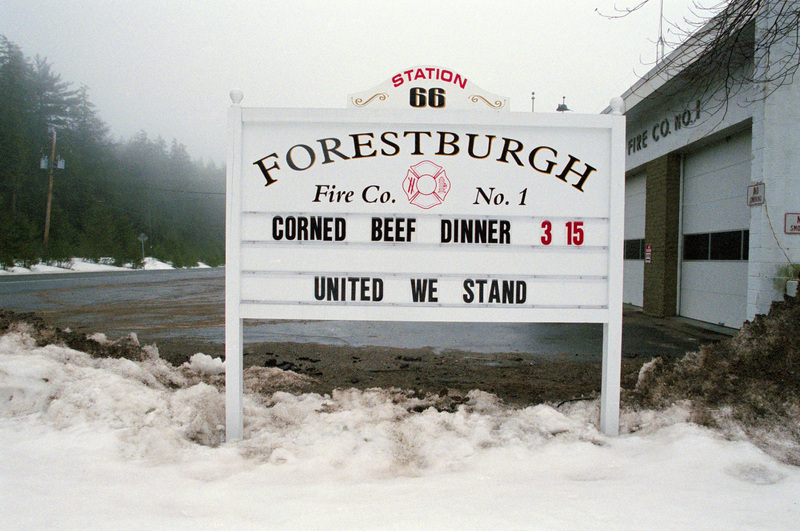 Except for the times when we commemorate 9/11 through an anniversary, the genre of vernacular memorial Hyman calls “road chatter” has mostly disappeared ten years after the disaster. Church signs, road banners, and temporary street messages were used very actively to communicate and rally around 9/11. In the context of this exhibition’s focus, it is also worth noting that many of these signs merge the earthy, bodily needs – ‘corned beef dinner’ in this case, with spiritual ideals or ideological statements, such as ‘united we stand.’ Their tight coexistence can be startling. 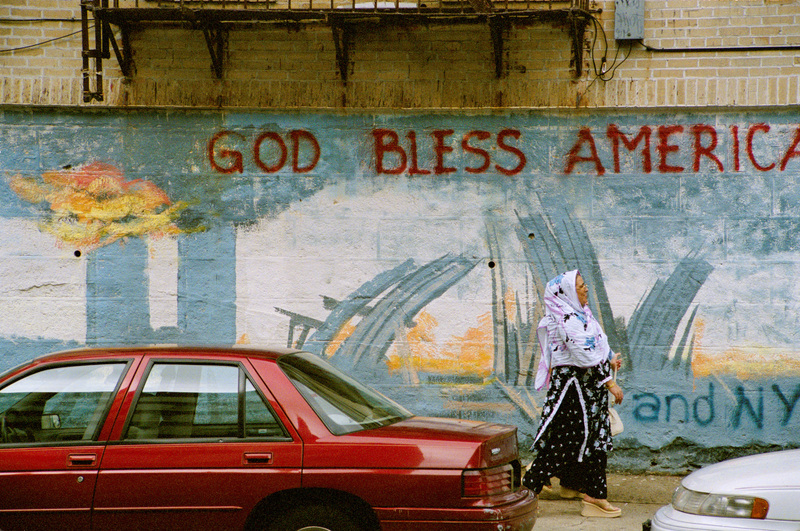 The formal complexity of this photograph and the mural it presents are worth unpacking. The blood red color of ‘God Bless America’ is balanced by that of the car in the foreground. The text and WTC sequential narrative in the mural, as well as the Muslim woman walking in front of it lead us to the right, while the cars in front bring us back to the left. The arching of her back echoes the arched remnants of the Towers behind her. The yellow flames in the Towers on the left are echoed in the glowing ground on the right. It is the painterly artistry of the vernacular artist and the photographic documentarian which allow us to access such a complex image as if it was a simple everyday encounter.