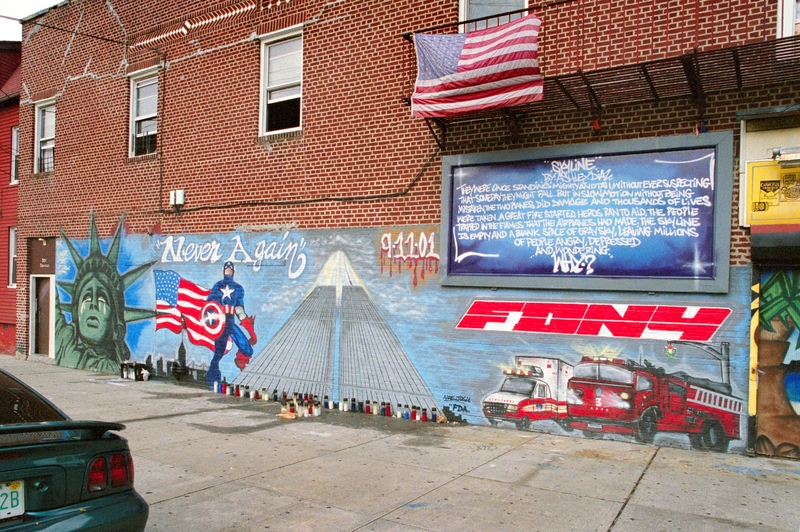 Here, candles are placed at the foot of the Twin Towers as they ascend to heaven. Unlike the relatively secular pretense of the powerful beams that became known as The Tribute in Light, the religious overtones in this mural are intentional and evidenced by its use. This is a temporary altar for a new religious icon, and the candles are still being lit in the Bronx a year after the disaster. 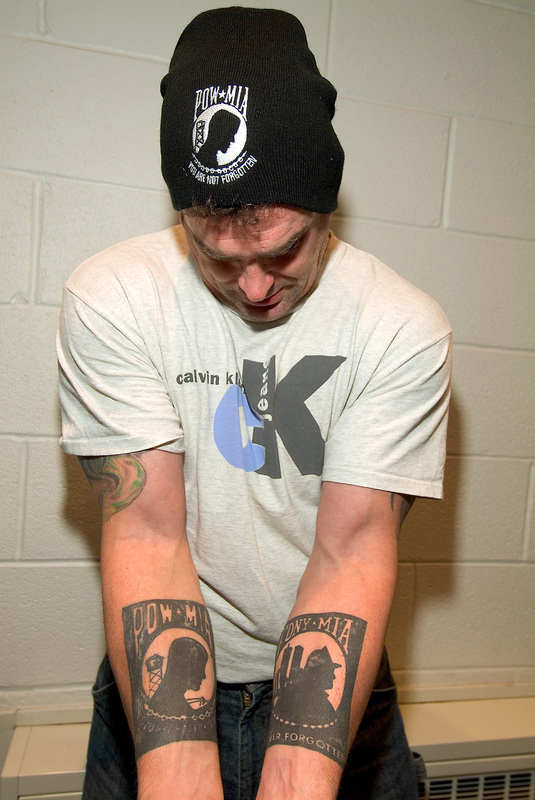 The tattoos on the arms of FDNY Firefighter Tom Dalton put together make a powerful connection between past P.O.W.s and M.I.A.s and 9/11/2001 civilian fighters whose remains were never found. 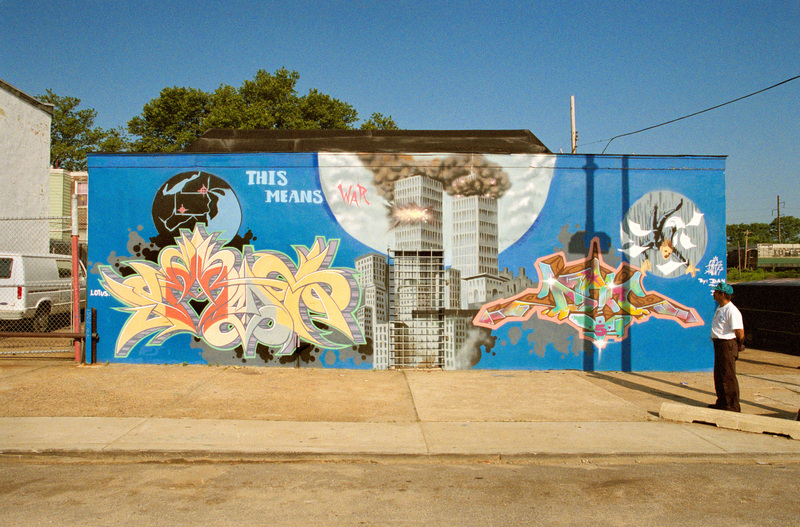 Though Jonathan Hyman has photographed over 20,000 artworks related to 9/11, this is the only adult depiction of a person falling from the Towers. Known as ‘jumpers,’ these representations are still taboo ten years later. In this mural, photographed only two years after the attacks, the shocking clarity of cartoon language shows the man jumping to his death among office papers and other WTC debris. 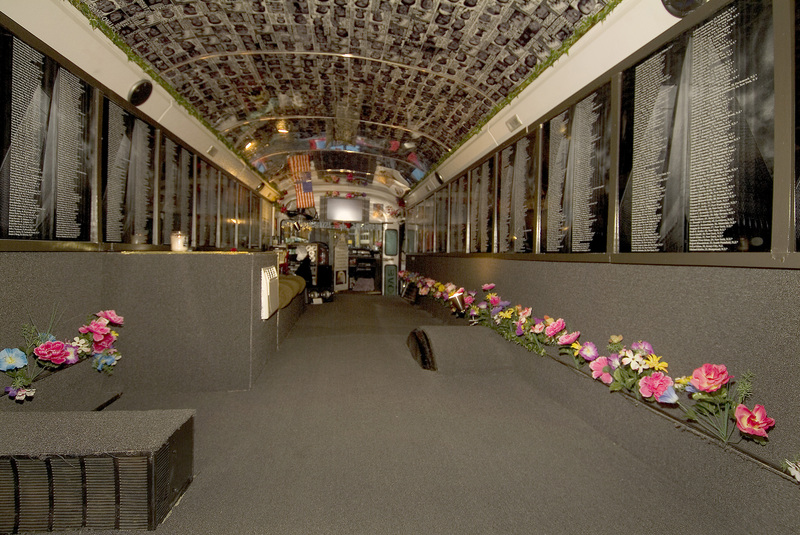 This image shows the inside of a memorial bus produced in Florida and driven all the way to New York for its public display. A mobile type of Vietnam memorial, it attests to the complex ways in which people have blended private and public space when it comes to the memory of 9/11/2001.