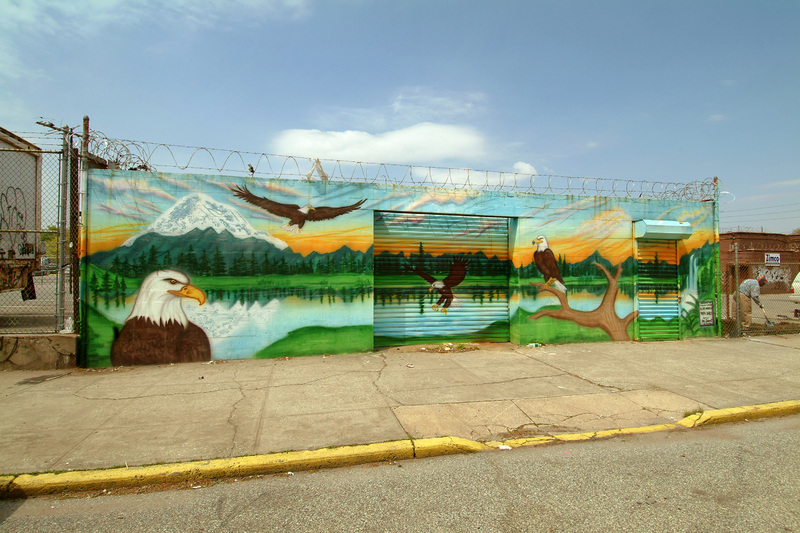 Artist Joe Indart’s New York State Assemblywoman commissioned a work that would be something “a little more peaceful and less patriotic.” Indart used the image of the bald eagle as the most distilled icon related to vernacular 9/11 memorials. The only clear sign of a connection is the timing, and the inscription at the bottom right of the mural. Almost totemistic, the repeated image of the national bird stands out from the urban and human representations that populate most 9/11 memorials. 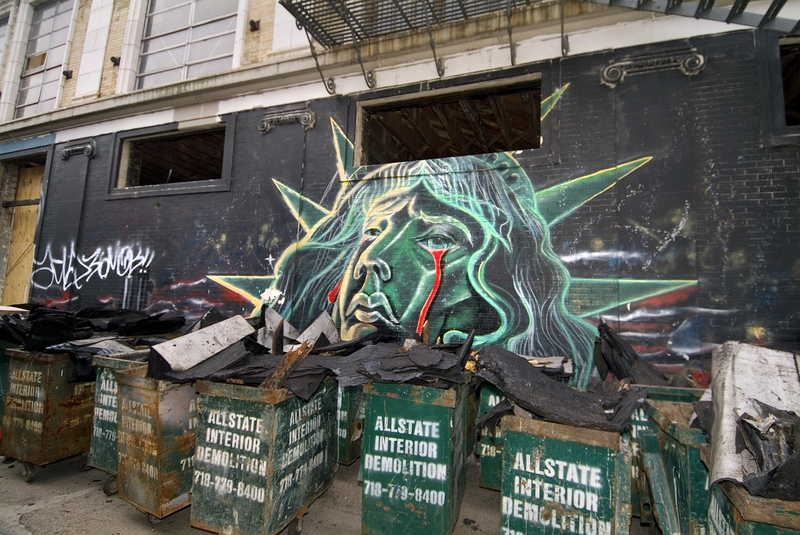 Images of Lady Liberty transforming into Our Lady of Guadalupe had already become relatively common before 9/11/2001 among the United States’ mostly Catholic Latino/a communities. An expanded Catholic sentiment, however, appears in many WTC vernacular memorials, regardless of the religion of the artist or the community context. This almost entirely destroyed mural of Lady Liberty weeping blood like a Saint or Martyr is one the most striking examples of this trend. 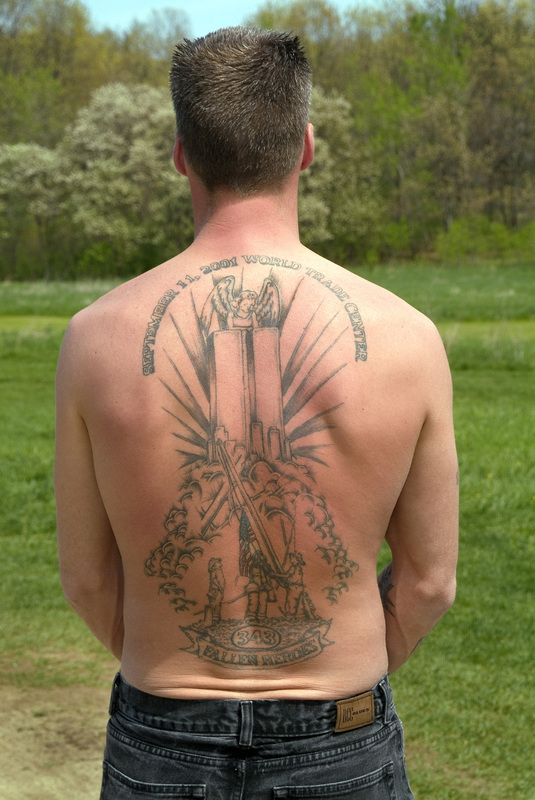 Hyman’s archive contains an entire sub-genre of vernacular works that depict the Towers as beams ascending to Heaven. Billy’s tattoo shown here literally represents the final moment of the ascension. The Towers have risen from the dead to achieve the miracle of eternal life. They glow like the resurrected body of Christ, looking down from Heaven as firefighters hold an American flag that has fused with the Christian cross. 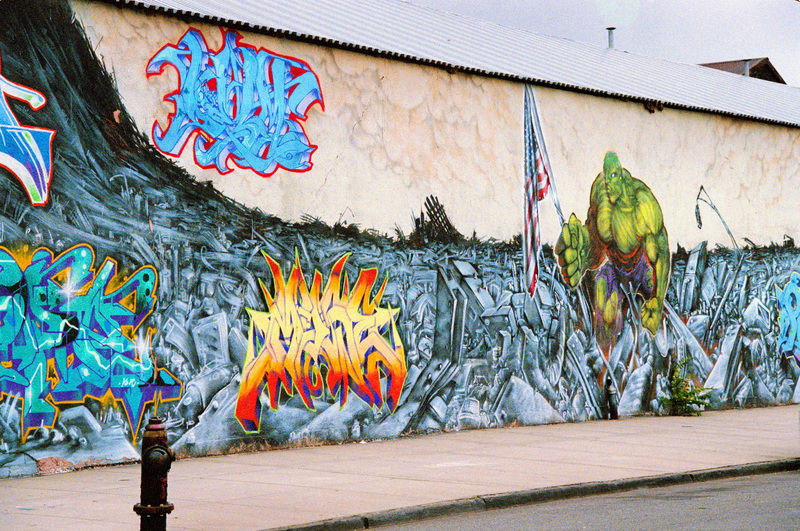 In this large scale graffiti mural we see Hulk, the green comic book hero, representing an outraged American population. While the American flag he holds leaves no doubt about his patriotism, our angry hero is shown alone, walking through a landscape of ruins and devastation. This overall environment of sadness and tragedy sets up a complex counterpoint with the notion of “united we stand” and the commonly triumphant appearance of super heroes in WTC memorials. The virtuosity with which graffiti tags and WTC remains are intertwined here is also worth noting.
← Gallery Part 4
Gallery Part 6 →
Gallery Part 5