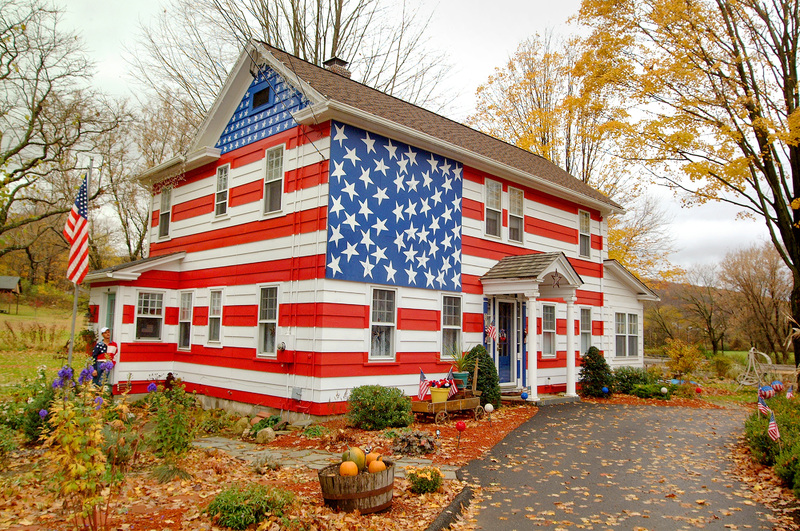 The idea to paint his house as a flag came to Kevin Sabia in a dream. He is in the photo wearing a flag shirt. Several WTC memorial and Ground Zero reconstruction proposals included large buildings with American flags on them. While those who associate the use of monumental flags with 20th century Fascism and Nazism may find these flag buildings troubling, and others simply find them to be tasteless – Sabia’s neighbors did, one can also see these flag buildings as the natural outcome of the common use of facades for corporate advertising. It seems to me that what we get when we dress a private home with the American flag is the icon par excellence of the American Dream. 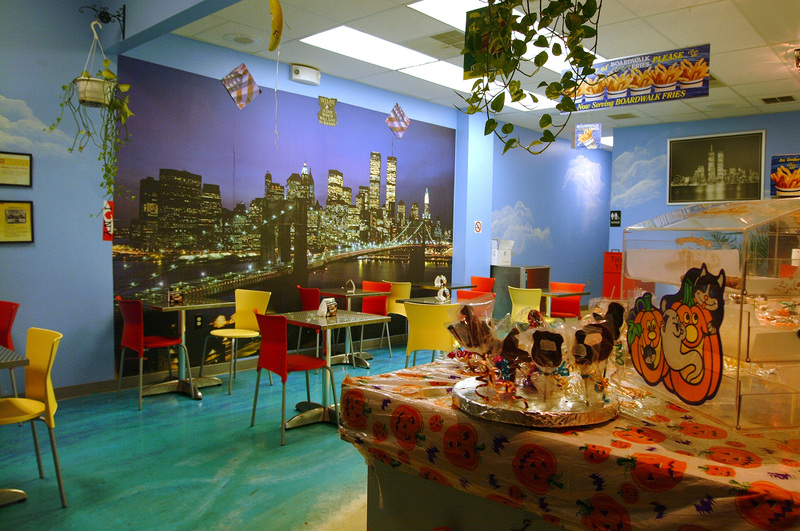 Many vernacular WTC memorials can easily be missed, and it is this ability to merge with the everyday that makes them so different from official monuments. This photomural showing the Towers was mounted on the wall of this sandwich shop after the 2001 attacks, but could have easily been there before. The old NYC poster, and additional WTC paraphernalia in the room have appeared in all kinds of households and businesses after 9/11. Even in 2011, all kinds of mechanically reproduced images of the Towers are still sold around the world, and the icons still appear regularly in the background of T.V. shows, such as Fox’s Fringe. 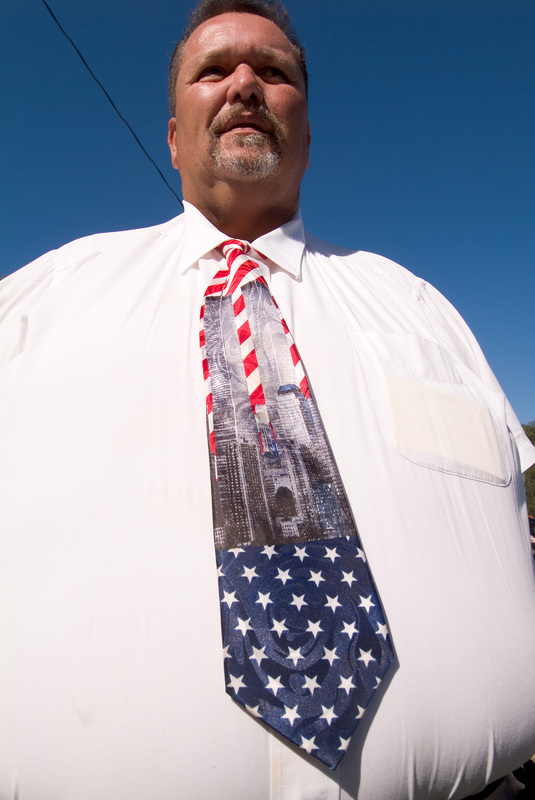 Standing there proudly and shot heroically from below, Chan Rivera would not be recognized as a firefighter by his outfit. If we met him on the street in his white shirt and tie showing the flag and the Twin Towers, we may think he is a patriotic salesman, local politician, or some kind of religious leader. Those who have followed the evolution of post-9/11 iconography will not be surprised by the confluence of these figures. 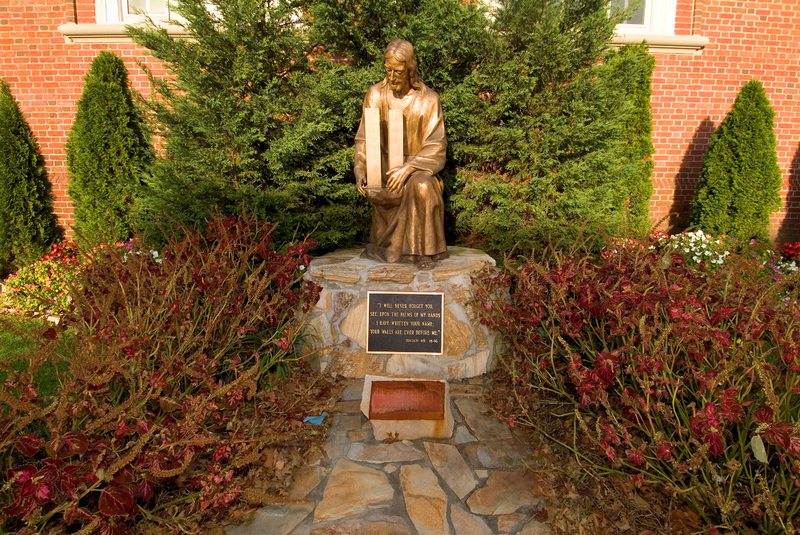 This sculpture on the side of St. Ephrem’s Church in Brooklyn includes a remnant of the Towers in front of it. Nine parishioners died in the attacks. I believe we should always ask ourselves what an image with the Towers would have meant if we had seen it before 9/11/2001, and then compare the before and after. In the case of ‘Jesus Holding the Towers,’ a representation of a post-9/11 image in solidarity with the WTC victims and their families, would become a pre-9/11 icon of Christ’s protection of World Trade and Global Capitalism, as that is what the Towers signified to most people around the world before the terrible tragedy of 2001.