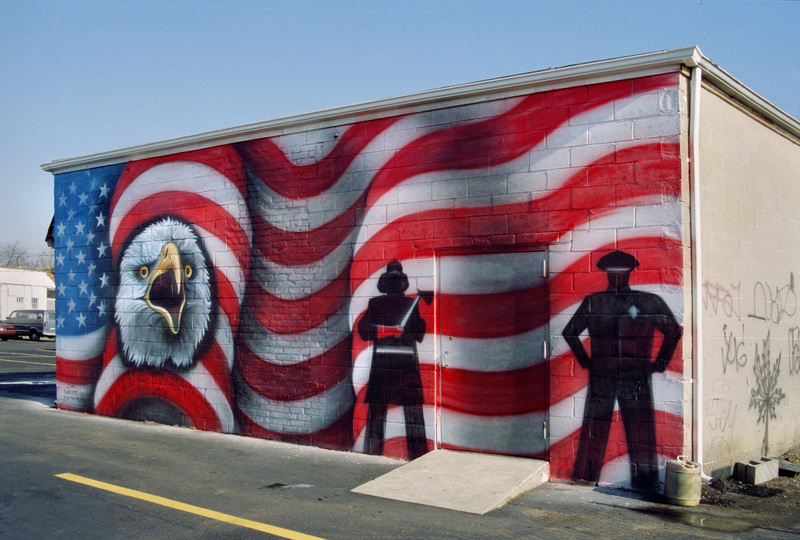 An icon of its own time, the modular and stripped down town of Levittown serves as backdrop for this highly distilled and powerfully abstracted image of three key 9/11 memorial elements: the heroes – represented by police and firemen and often standing as placeholders for the Twin Towers themselves, the flag, and the eagle. 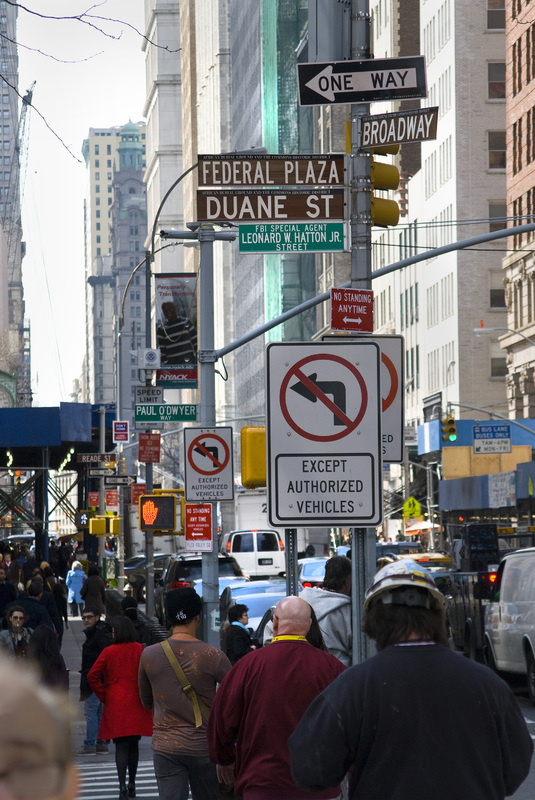 The names of those lost in 2001 reappear in the most unexpected places.  When associated with official hierarchies or histories, proper names reappear as new names for streets and buildings. In this case, the name of Leonard W. Hatton Jr. has been added to Duane Street in New York City. F.B.I. special agent Lenny Hatton was the only active agent killed during 9/11/2001, and there is also a street named after him in Baghdad. 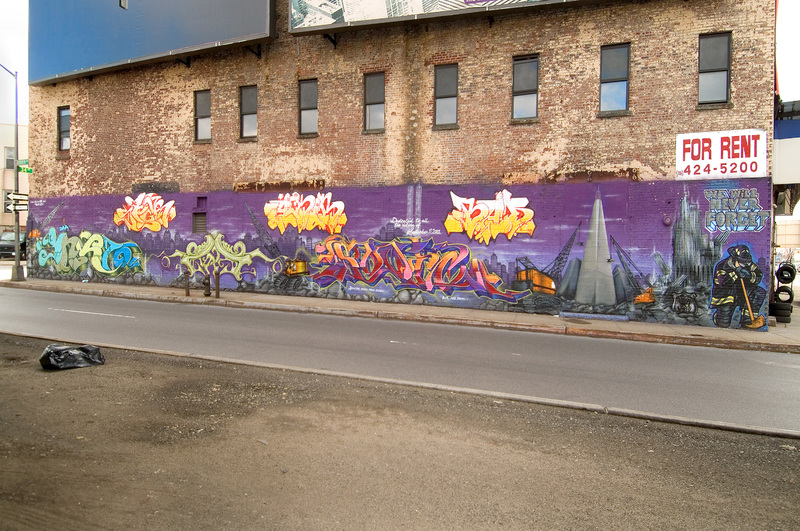 Like so many other vernacular 9/11 murals, this work shows the temporary cooperation between aesthetic manifestations associated with popular resistance and those belonging to the State and other institutions of power. Graffiti and its traditional use of tags is seamlessly integrated with sequential images of official, popular, and mass media WTC iconography. The well known icon of the kneeling fireman next to the Twin Tower ruins stands in front of the rising Freedom Tower. 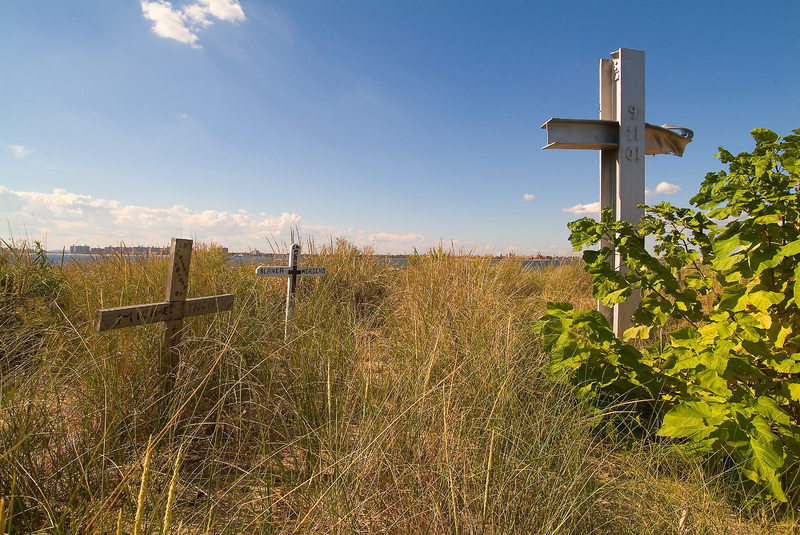 Breezy Point is home to police officers, firemen, court officers, prison guards, and many other NYC uniformed workers. The steel cross in this image was made with WTC steel. The Port Authority of NY and NJ has a program to release 9/11 steel to municipalities and uniformed service organizations so they can design and make their own 9/11 memorials, provided they meet certain requirements.