Electron Density Maps: Relating the X-Ray Data Back to the Crystal

The measured spots of X-ray reflections need complex processing to be combined into a three-dimensional image of the molecule, called an electron density map. 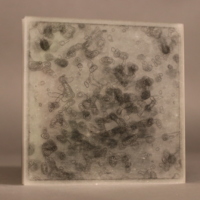 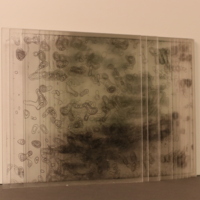 Electron density for Staphylococcal nuclease
In the 1970s, the Richardson Lab hand-drew the electron-density contours for Staphylococcal nuclease onto stacks of glass or plastic sheets; shown here is a portion of the actual glass sheets from which the protein structure was built. Fourier transform calculations on MIT's IBM 360, run from data on punch cards, produced printed grids of electron density values, which were contoured by hand for each layer, then photographically reduced to make this "mini-map". The stack of sheets here is deep enough to show meaningful features but thin enough to see through. It covers about 20% of the molecule, including an α-helix that happens to lie flat in the stack. 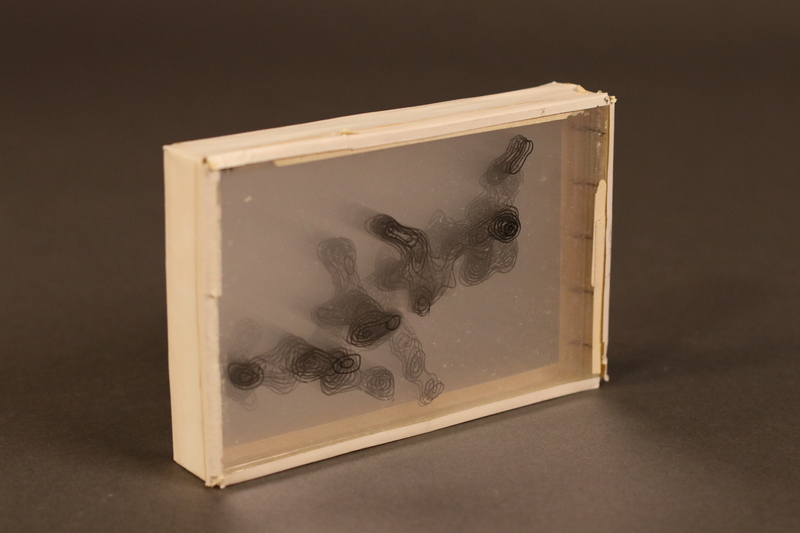 Isolated α-helix contours
After the first model interpreted the helix, the lab made a clearer, simplified version of the stacked sheets for demo and teaching purposes, which omited all surrounding density and included only the helix itself. 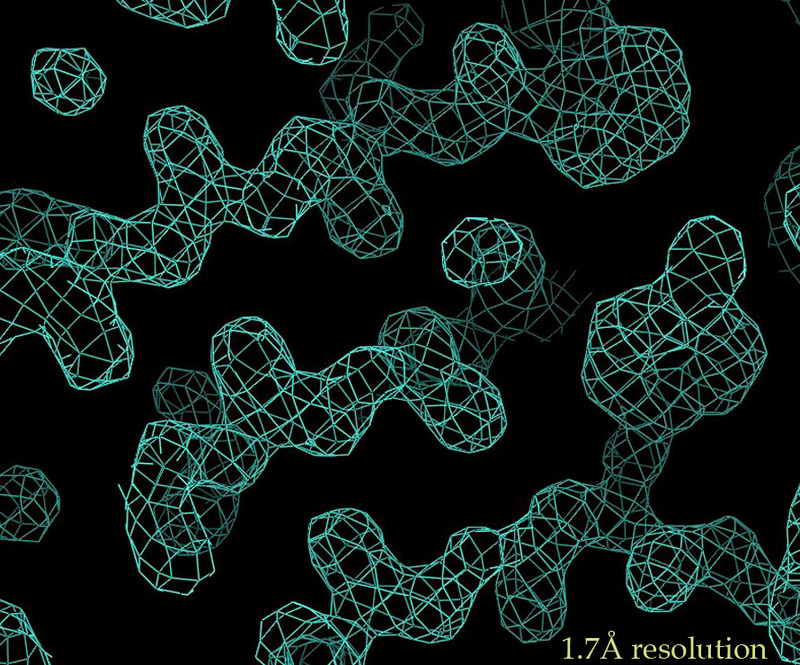 Computer-displayed electron density contours
Modern methods are much better as well as easier to use, ever since the GRIP-75 system at UNC. Instead of multiple contour levels on separate layers, interactive computer displays show one or two density levels contoured in all three directions, to work as a three-dimensional object when the user zooms and rotates the view.

Computer contours, with model built in

Computer contours, with model built in
The crystallographer's interpretation of the shapes to build an atomic model can be done right in place, as shown here. This is a small β-sheet of three extended strands held together by hydrogen bonds between backbone N (blue) and O (red) atoms, from the sulfate binding protein of PDB file 1sbp. Sidechains stick alternately up and down from a β-sheet, so most are outside this layer except the proline (Pro) and tyrosine (Tyr). Three classes of atoms are labeled: a Cα, two backbone O atoms (carbonyl, or CO, oxygens) on adjacent strands, and a water oxygen in its isolated, round peak.