Jane Richardson spent an entire year learning how to create flat two-dimensional ribbon drawings that convey the three-dimensional shape of a protein molecule. This new visual language illustrated a 170-page article that classified such patterns across the known protein structures, is still highly cited 40 years later, even in wikipedia. This page contains the actual historical steps taken in 1979 to create the hand-drawn ribbon for Staphylococcal nuclease.

In 2019, the Richardson Lab began donating some of their historical work to the Duke University Medical Center Archives; the originals of many of the works shown here are now permanently held by the archive and were generously loaned for this exhibition. 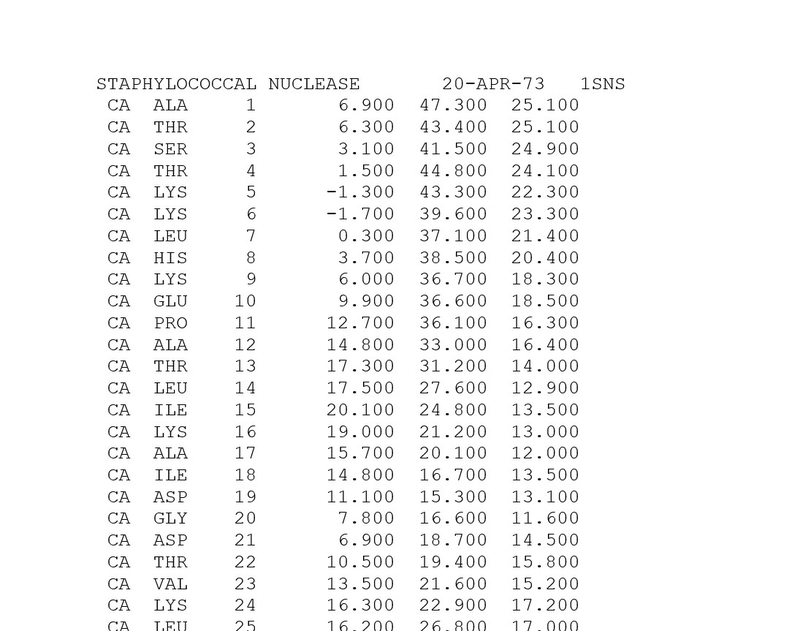 Small stereo pair of C trace
For Jane to see the three-dimensional shape of the molecule while drawing. 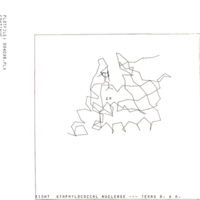 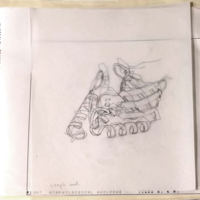 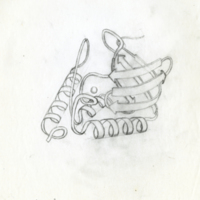 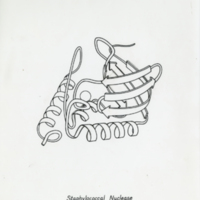 Layers to Final Sketch
The top left image is a Cα backbone printout from Richard Feldman's early molecular-graphics system at NIH, viewed from a chosen, suitable direction. The Cαs let Jane place the backbone chain correctly. The top right image shows the tracing process with the printout under the sketch. You can then see Jane's pencil sketch of the ribbons on tracing paper, made with much trial & erasure (bottom left), for clear relationship of adjacent β-strands, and especially to make the arrowheads look right. Ribbon type and orientation was determined by Jane's knowledge of which local Cα patterns mean helix, β-strand, or loop; from her prior experience of fitting atomic models into their electron density for three different proteins: Staphylococcal nuclease (PDB file 1sod), γ-chymotrypsin (PDB file 2gch), and Cu,Zn SOD (PDB file 2sod). The bottom right is a final drawing made after the tracing is complete. 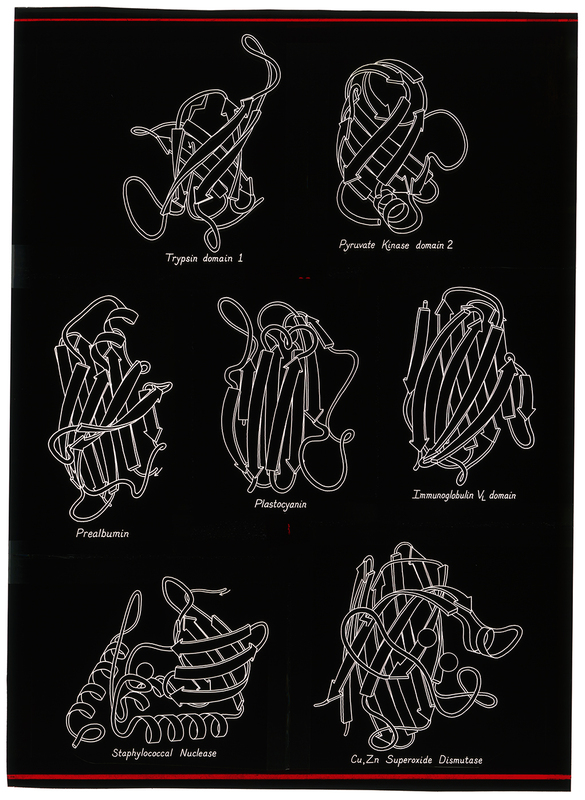 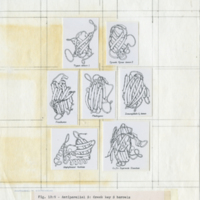 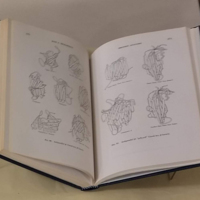 High-contrast photo negative and proof used in publication
This group of seven similar structures, including Staphylococcal nuclease and Cu,Zn SOD were photographed and touched-up by Dave Richardson and used by the publisher. Shown here is the final in book form from Advanced Protein Chemistry, volume 34, 1981.