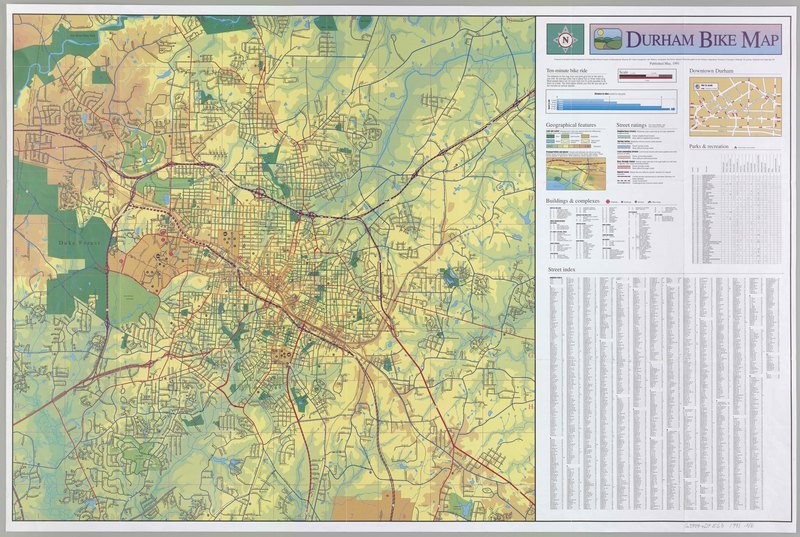 In 1976, Bikecentennial sponsored a cross country bicycle ride to celebrate America’s bicentennial. Over four thousand cyclists took part in the event, including 400 from outside of the US, 200 of which came from The Netherlands. Building on the event’s success, Bikecentennial began growing as an organization. They began charting, planning and facilitating additional long distance cycling events. Their mission to inspire and empower people to bike through promotion of the environmental, economic, and health benefits of cycling has sustained the organization over the years. In 1994 Bikecentennial changed its name to Adventure Cycling Association as it had expanded far beyond its original goal of facilitating its 1976 cross country ride.

The Department of Transportation Bicycle Program created the first county bike map in 1983 and in 1991 began working with outside organizations and local cyclists to better reflect the conditions unique to each community. The Department of Transportation Bicycle Program also worked with Bikecentennial to produce a map of Winston-Salem/Forsyth County in North Carolina.

As the result of a mapping collaboration, the map shown above encompasses far more detail than most bicycle maps. The North Carolina Department of Transportation could offer its knowledge about the roads and different areas of the community to which Bikecentennial could apply their knowledge of bike safety and system for ranking streets relative to biking. Compared to a map created solely by the NC Department of Transportation, the Bikecentennial map details more of the area’s geographical features, elevation, and even smaller, yet significant details such as the notation of one-way streets. 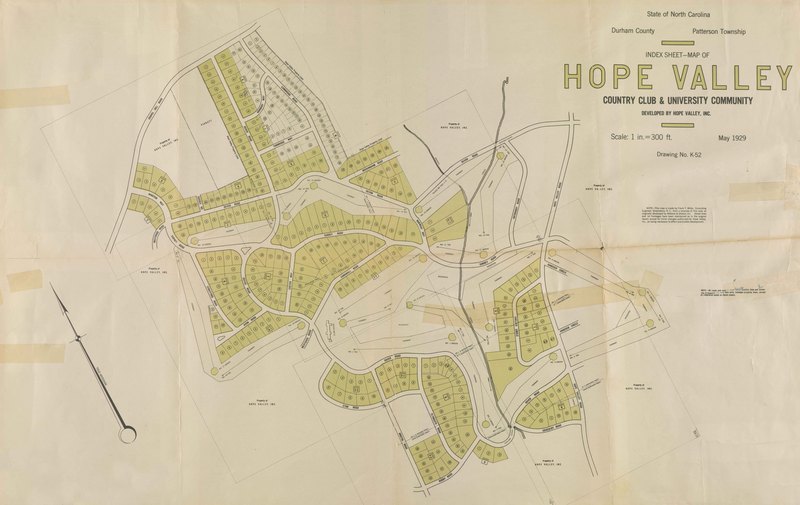 The development of Hope Valley represented a belief in the future success of Durham. Built before the construction of Duke University, the subdivision placed all its hope on the business and wealth the university and medical center would bring to the area. Fortunately, the subdivision grew in prominence along with the university with professors and doctors at the new hospital buying a majority of the lots. Advertising specifically to the upper middle-class employees of both Duke and the University of North Carolina, Hope Valley offered the amenities of city life such as electricity, underground water, a golf course, and paved streets but removed from the polluted, congested city. The suburban sprawl had made its way to Durham, feeding off the successful players in the tobacco and textile businesses in addition to university employees.

Though based off the plans of other successful suburban golf course developments in North Carolina, Hope Valley had an advantage in that its development occurred after Henry Ford pioneered assembly line manufacturing. This brought about a more ready supply of automobiles to the upper middle class, enabling the developers to plan a community further away from the city, universities, and industrial neighborhoods.

By the time Mebane & Sharpe published the map shown above of Hope Valley, some of the plots had already been purchased. However, all of the plots remain numbered because this map functioned primarily as an index. 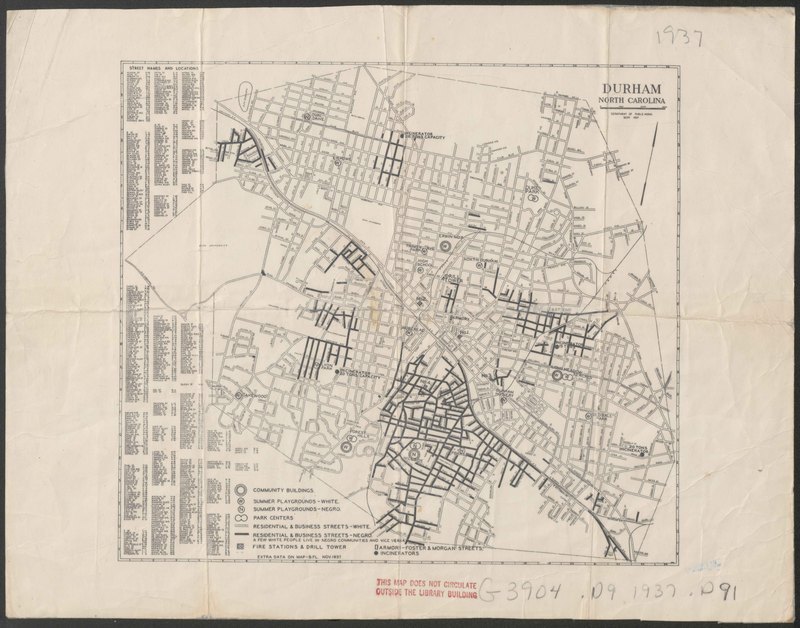 The 1937 map here shows additional information about Durham not typically included on public works maps. The theme of the map centralizes around the delineation of black and white neighborhoods which seems a little strange at first considering the duties of the department involve city maintenance. However, this map most likely helped planners in determining where to spend money on maintenance projects. This map of paved streets within Durham’s city limits shows how the city spent money in previous years on street paving, leaving most of the residential streets in the African American neighborhoods unpaved.

With the advent of newer technologies such as Geographic Information Systems (GIS), most of the Department’s maps are created and used digitally. As various sets of data are updated closer to real time, the maps change constantly. However, the neighborhood map, the street paving map shown above, a map of building and residential zones in Durham, and a seal coating map all resemble an early form of GIS. The maps use the same base layout, integrate and manipulate data, and re-visualize certain data sets showing the manual geographic system used before software that performs the same operations, but digitally.

Calvin Miller, the drafting engineer of the above map of Durham county, also created maps of many other counties in North Carolina such as Forsyth, Union, and Davidson counties. Each map shows similar features of each county, but focuses on the rural features of each county rather than the urban elements like the maps from the Department of Public Works. Its praise of the school system and identification of school district lines, rural mail routes, and railways seem to draw more attention to the farming and agrarian industries outside of the city limits.These maps provide information about tenant houses, mills, and a glimpse into the geography of farm and plantation land uses after the Civil War.

Though all of Miller’s maps label the school houses within the county, the map of Durham particularly stresses the education of the area in quite a laudatory manner. The historical information about schools of the area and the abundance of farms and tenant houses on the map shows how maps can provide cultural and societal information about a region in addition to its directional and spatial relationships.

The Duke Construction company produced the plat maps seen below after purchasing land from the Rigsbee family estate in 1924. Duke already owned and developed the East Campus property, but James B. Duke purchased the West Campus property was to develop the new projects that would expand the university, including the construction of the Chapel during the late 1920’s. To help add another layer of context to the Duke plat maps, this image, provided by opendurham.org, is an image a piece of the plat maps over top of a current Google Earth image.  T.J. Rigsbee and his family home, the name now synonymous with curious passers by of the Rigsbee Cemetery in the Blue Zone Student Parking, sat on the current location of Duke’s athletic facilities. The image helps to develop the plat maps in a similar context to the way that the Duke Construction Company would have used these maps, as a way to locate specific areas of property. However, it also further contributes to the way these maps dehumanize areas that were once what the Rigsbee family would have called home. While members of the Duke community will match up what they know as home underneath the plat map, they will see the borders that delineated the former owner’s home.

These plat maps are also still in use today, outside of Rubenstein Library and the University Archives. The Durham County Department of Public Works has a digitized copy of the plat maps that is used when researching historical property lines and conflicts that arise between the city and private property owners. Recently, the Department of Public Works has used the plat map copies to research the history of the Main Street Bridge above Campus Drive to determine who built the bridge and how the water lines around it can be renewed. This demonstrates common uses of historical maps in present context. 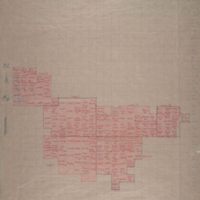 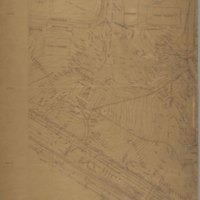 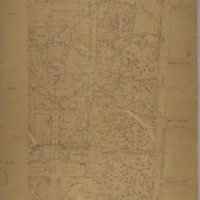 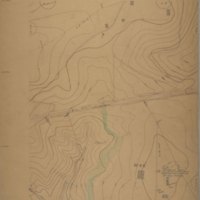