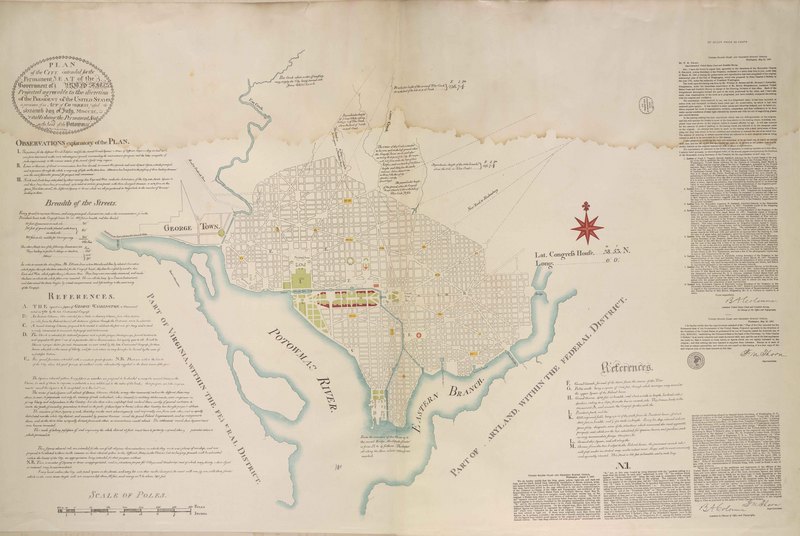 Savannah and Raleigh were both designed in a manner used throughout England’s, and later Britain’s, colonial cities in North America, a style known as the “Grand Modell.” The name of this style was attributed to Lord Shaftesbury, who was a pioneer in this style of town planning in the 1670s. The roots of this style, however, come from slightly earlier. England began to bring a measure of uniformity to its New World colonies as early as the Act for Building a Town in 1662. This measure, adopted in Virginia and Maryland, outlined requirements of the governor in settling the colonies. It included building towns along rivers with 32 houses in a square pattern. Interestingly, much of the motivation for this move was to increase control of the colonies. Officials believed that by keeping the colonists in a tighter space they would be more likely to accept the authority of the mother country.

When Savannah was founded in 1733, it followed Lord Shaftesbury’s ideas closely and maintained tight control. Savannah featured all three types of lots, had numerous public squares, and had the quintessential grid-iron street pattern. Savannah was planned with an eye for government authority. The designers included pre-organized wards to streamline governance for the city and make acceptance of authority more natural. Despite the designer’s conscious decision to encourage strong government through his plan, Savannah had terrible relations with the British government and joined the new United States in rebellion against the crown only 43 years after its establishment.

Although Raleigh was founded in 1792, after the United States had secured its independence, it still followed the same general layout as earlier British settlements in North America implementing the “Grand Modell.” It contained the grid pattern, standardized plots, and public squares that marked the style. As a planned state capitol, Raleigh embodied the idea of government power so it is appropriate that its design harked back to old British ideas regarding central authority.

On July 16, 1790, the United States Congress approved the creation of a national capital along the Potomac River between Virginia and Maryland, This was an important step for the young nation. The capital would be the seat of government for the American experiment, a republic led by officials democratically elected by the people. After barely winning a war for independence, America’s early success was never guaranteed. The plat (1803) by Nicholas King, who also produced a map of the Northwest United States for Lewis and Clark, and the John Reid plan (1800) show a city that was designed for a new nation to show its might.

Washington, D.C. was planned out specifically to be the new nation’s capital. Both maps included in this case highlight the unique features of Washington designed with that purpose in mind. Creating a national capital requires different considerations than building a new colonial settlement. While cities in British colonial North America certainly were concerned with representing power, Washington was designed to suggest the grandeur of and power of a new nation on the international stage. Unlike the gridiron colonial towns near what would become Washington, the new city was immense in scale. The city has broad avenues crisscrossing the city, spacious parks, grand national monuments, and new public buildings reflecting the style of Greece and Rome, the original democracies, from where our esteemed elected officials would run the country. The Founding Fathers held competitions to determine the design for the important buildings.

Many features of the city of 1800, depicted in the maps featured in the exhibit, are still around today. Landmarks like the Capitol were and are more visible due to a tradition of keeping other buildings very short, highlighting the important national symbols. The distinctive road pattern is the same as it was in 1800. But other aspects of the city depicted by these maps would be foreign to modern viewers. The National Mall did not have its most distinctive features of today. The Washington Monument was only a dream, the Lincoln Memorial would have predated the president’s birth, and the reflecting pool that now connects the two was nowhere to be found. The Capitol building itself also looked dramatically different. It took decades to complete the center of federal power. For years the Capitol sported a smaller, copper-covered wooden dome completed in 1827. The large dome we associate with the building was not added until the 1850s. The White House, then referred to as merely the “President’s House” on these maps, was not yet white. It was initially the natural color of the pink-tan limestone used in the building’s construction.

The War of 1812 did a lot to change Washington. The city was sacked and burned by the British in 1814. Both the White House and the Capitol faced severe fire damage that necessitated rebuilding. In the process, both buildings received some design changes that moved them to more resemble the buildings Americans know and love today and the rest of the changes came gradually over time. As you admire the exhibit’s two views of our nation’s capital in its infancy, put yourself in the Washington of 1800 and consider the change it has undergone in the last 200-plus years and what it took to build the city and the nation of the 21st century. 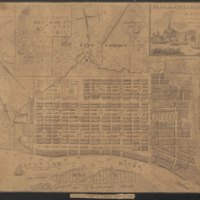 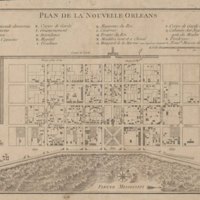 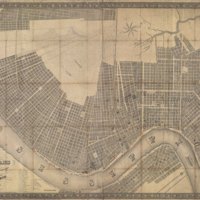 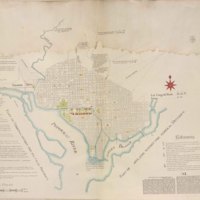