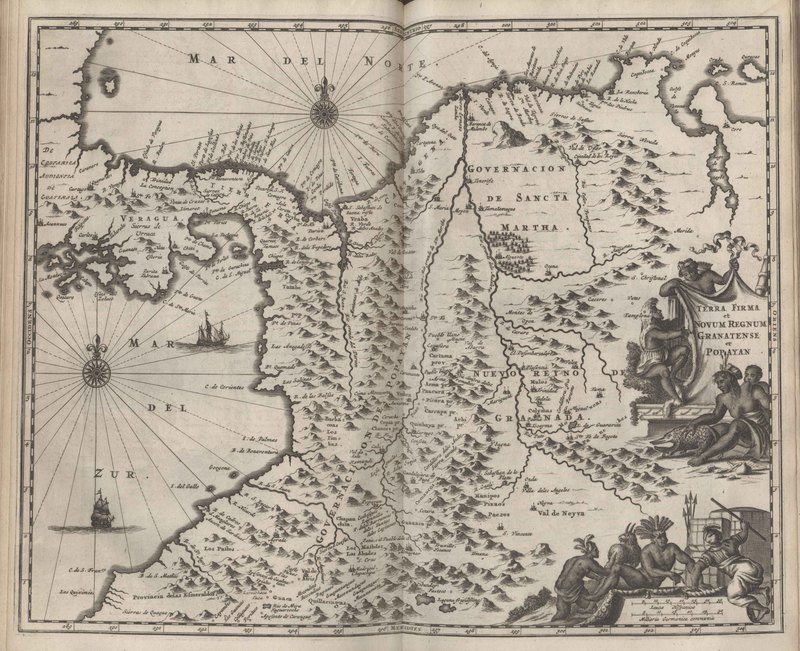 In the 17th century, The Dutch Republic entered its “golden age,” advancing Dutch primacy in art, trade and finance. Beginning in the 16th century, Spanish rule of the Low Countries (Netherlands) led to nearly a century of costly war, as the Northern Dutch population sought to shed Spanish rule. As the seven northern Dutch provinces (what became the “Dutch Republic”) rebelled against Spanish domination, the Spanish, not unfamiliar with rebellion, had expected to crush opposition and restore the stability they had previously maintained. However, in 1572, the rebels began to capture key cities such as Brielle, and gained momentum.  The war lasted 80 years and resulted in the official independence of the Dutch Republic in 1648. However, this “eighty years’ war” also boosted trade and the support for nautical expeditions in the Northern Provinces, as southern Dutch merchants, craftsmen, and financiers followed religious tolerance and economic opportunity to Holland, Zeeland, and the five other northern provinces. Amsterdam grew to become one of the largest and most important ports in Europe. Indeed, the United Provinces became arguably the leading political and economic power in Europe. The substantial influx of Southern intellectuals and elites was a driving force which established the Dutch Colonial Empire, and the so-called “Dutch Golden Age.” European geographers celebrated the "discoveries" of Dutch travels. J. B. Harley and David Woodward stated in their multivolume History of Cartography that “mapmaking was one of the specialized intellectual weapons by which power could be gained, administered, given legitimacy, and codified.” Arnoldus Montanus provides physical proof of the blossoming of a new world order, one where the Dutch are more prominent on the international scene.

Artistic production also represented a key component of the Dutch Golden Age. Artists such as Wtewael attempted to capture the essence of transformation in the Netherlands as early as 1605. The theme of his painting "The Golden Age" (Aetas Aurea) was influenced by Ovid’s Metamorphoses, a work used extensively by Dutch artists for its mythological stories as of the 16th Century. The first few lines of Book 1 of Metamorphoses directly referencing a Golden Age was used by Wtewael: “In the beginning was the Golden Age, when men of their own accord, without  threat of punishment, without laws, maintained good faith and did what was right.”

By the late 1500s, the Dutch concentrated their trade in the Americas on the Caribbean, yet ships rarely made the journey across the Atlantic, relying on the Spanish for “new world” products such as sugar. However in 1598, the Spanish enforced an embargo against the Dutch as tensions built with the rebelling provinces. This resulted in shortages of products traditionally found on the Iberian Peninsula. This created an opportunity for Dutch ships to explore new regions in order to compensate for lost products. The ill-advised embargo, which lasted eleven years, was more damaging to the Spanish economy than it was the Dutch economy. With the founding of the Dutch West India Company (WIC) in 1621, fleets of Dutch ships that traveled across to the Americas. The Dutch focused on Brazil and Guyana, forcing the Portuguese out of the former, and consequently establishing forts on the coasts of both regions. The seemingly idyllic lifestyle did not last as tension with Spain was ever growing and internal power struggles in the the growing Dutch political and economic structure conspired against the Company in favor of its far larger East Indian counterpart. By the mid-seventeenth century, the Portuguese regained territories in Brazil and the Spanish aggressively drove the Dutch from much of the Caribbean.

The Dutch were celebrated for their map-making skills, and became renowned across Europe. As their cartography prospered in the early modern period, Dutch map makers such as Blaeu, Hondius, Janssonius and Montanus became references in cartographic circles across Europe, and their maps, atlases and globes were regarded as being of the highest quality.

Arnoldus Montanus (1625-1683), a Dutch cartographer, theologian and author, published this atlas in 1671, which name translates to: "The New and Unknown World: or Description of America and the Southland, Containing the Origin of the Americans and South-landers, remarkable voyages thither, Quality of the Shores, Islands, Cities, Fortresses, Towns, Temples, Mountains, Sources, Rivers, Houses, the nature of Beasts, Trees, Plants and foreign Crops, Religion and Manners, Miraculous Occurrences, Old and New Wars: Adorned with Illustrations drawn from the life in America, and described by Arnoldus Montanu,”, published by Jacob Meurs.

Of the many settlements depicted on the atlas, the contrast between Hispaniola and Porto-Rico illustrate the role that power relations play in mapping a town. Indeed, Hispaniola was originally a Spanish colony; however Domingo, the biggest settlement on the island, finally fell into French hands towards the end of the 17th Century. Right before this atlas was published, the “metropolis of all the isles round about” was in transition between Spanish and French power.  This context explains the favorable mention of Hispaniola. A central marketplace, church, and square, secured by walls in case of an invasion, are highlighted on the Hispaniola map. This emphasizes the importance not only of religion, but also of safety and trade within the community. Montanus’ obvious bias of the region can be transmitted in his visual representation of St Domingo on Hispaniola: he illustrates the island as “quiet”, a utopic European city in the Caribbean.

On the other hand, Arnoldus Montanus portrays island life differently on his map of Porto Rico. In his writings that accompany the map, the natives of Porto Rico are mentioned as well as their relationship to Spanish settlers. His negative opinion of the island as a whole becomes more tangible: Montanus describes the numerous invasions by foreign powers as well as by the cannibals, who “carried five thousand people out of Porto-Rico for their winter provisions”. He is not inclined to favor the Spanish explorers, who are described as greedy foreign imperialists: “Gold is their God, for which they make so many cursed blood-baths where ever they come”. The negative connotation could be linked to the Dutch-Spanish history, one tainted with conflict and domination. 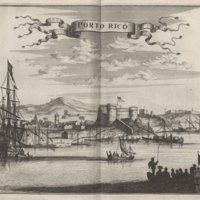 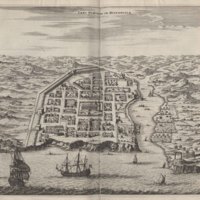 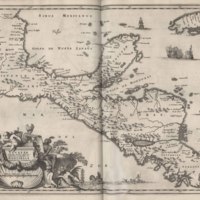 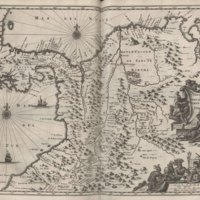