THE AGE OF THE CLOSET

The visibility and progress of the 1970s gave new hope to the struggle for LGBTQ equality at Duke, but the early 1980s harkened back to a much darker period. Eleven years after the first queer student group was established, the Student Government Association revoked its charter. There was a fear that the group might “promote homosexuality” which was still against state law.

The 1980s also marked the beginning of the AIDS crisis, originally deemed “gay cancer.” Before the decade was over, hundreds of thousands of gay men died of HIV/AIDS. Locally, the ‘80s were a time that saw lesbian culture flourish, with groups such as the Lesbian Thesbians bridging the gap between Duke and Durham.

Campus attitudes began to change in the mid-1980s when Professor of Psychiatry Keith Brodie became president of Duke. He had long advocated for LGBTQ equality, and in 1988 he expanded the university’s non-discrimination policy to include sexual orientation. This created a more welcoming environment on campus for students, faculty, and staff. 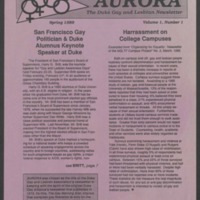 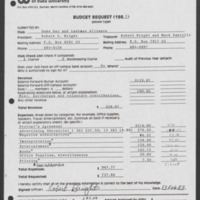 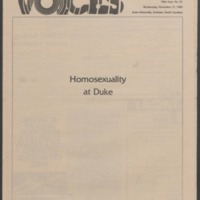