THE AGE OF GROWTH

By the start of the new millennium, Duke University had adopted many institutional policies equalizing benefits and prohibiting discrimination against LGBTQ students, faculty, and staff. The social climate was another matter. In 2002, the Princeton Review again ranked Duke as one of the most homophobic campuses in the U.S. This culture started to change when the LGBT Center was granted a larger space in 2004 and Coming Out Day was celebrated in 2007. This highly visible public celebration launched the LOVE=LOVE campaign and gave much of the Duke community its first real experience with a demonstration of Gay Pride. This first decade of the twenty first century saw a large increase in the number of queer-identified students on campus; the formation of a new student group, Women Loving Women; along with the decriminalization of homosexual relations and the first same-sex marriages performed in the United States. Although great political progress was made, many states experienced a backlash to these gains, adopting legislation limiting the rights and protections of the LGBTQ community. 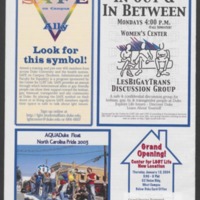 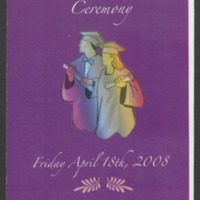 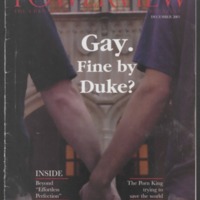