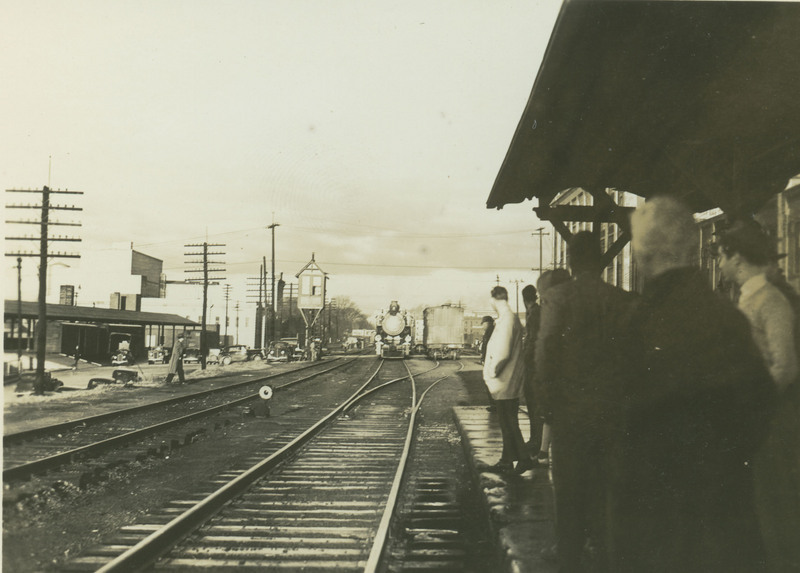 The game gave Durham a national stage upon which to show its “southern hospitality.” On December 24, 1941, over 2,000 fans, including a local high school marching band, gathered at Union Station in downtown Durham to greet the Oregon State Beavers. Oregon State’s captain, Martin Chavez , was named Acting Mayor of Durham for one day upon his arrival at Union Station.  A series of celebratory events ensued over the next few days, including lunch at the Washington Duke Hotel, Christmas dinner in the West Campus Union Building, an old-fashioned tobacco auction, and a number of New Year’s Eve parties in downtown Durham. 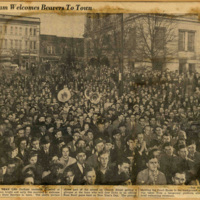 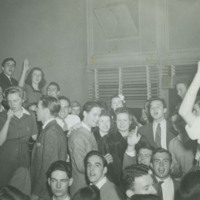 Students were overjoyed when Duke was invited to play in the 1942 Rose Bowl, as shown in this photograph taken at the Goody Shop on Durham’s Main Street. 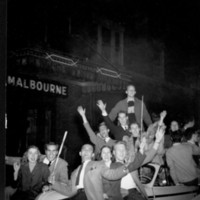 Duke students hold a rally in front of Durham's Malbourne Hotel (since demolished) to celebrate the news of the Blue Devils' bid to play in the 1942 Rose Bowl. 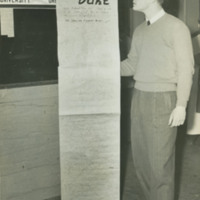 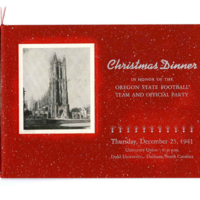 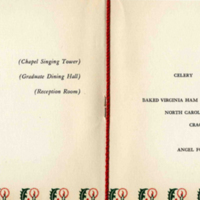 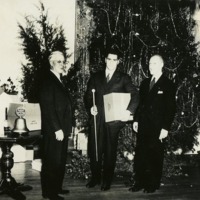 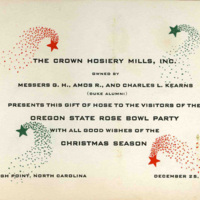 At the Christmas Dinner, the Oregon State Beavers received a number of Durham-made “party favors”: cartons of Chesterfield and Lucky Strike cigarettes, bags of Bull Durham Smoking Tobacco, and a pair of socks from the Durham’s Crown Hosiery Mill, the latter of which was accompanied by this card. 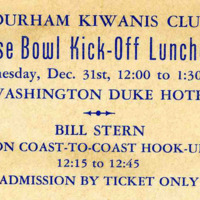 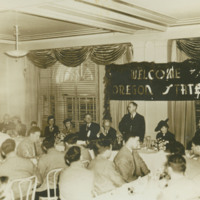 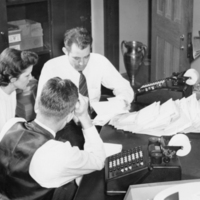 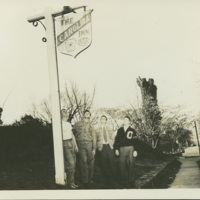 Oregon State Beavers outside the Carolina Inn in Chapel Hill, 1941 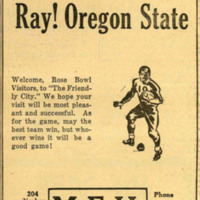 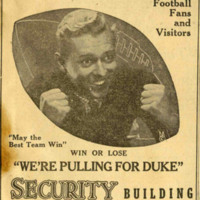 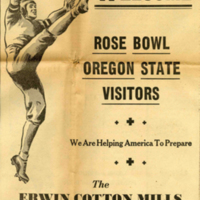 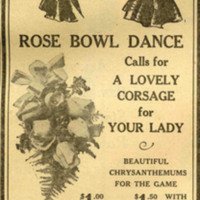 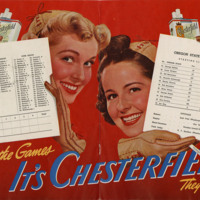 The Durham-based tobacco company Liggett & Myers honored the Rose Bowl by incorporating the team rosters into an advertisement for Chesterfield cigarettes. The ad appeared in the program for the January 1, 1942 game.