"The Only Rose Bowl Not Played in Pasadena"

Duke had been slated to play Oregon State College in the 1942 Rose Bowl, traditionally held in Pasadena, California. But after Pearl Harbor, officials decided to cancel the game, fearing the security risk of a crowded West Coast stadium. A few days later, football coach Wallace Wade offered to host the game at Duke Stadium and all parties agreed. The game oversold in three days—Duke borrowed bleachers from UNC-Chapel Hill, which boosted the stadium’s capacity from 35,000 to 56,000. On a rainy January 1, 1942, devoted fans arrived at what is now Wallace Wade Stadium to support the two teams, as well as to express solidarity as Americans.

Unfortunately, the Blue Devils lost this particular battle to the Oregon Beavers, 16-20.

The 1942 game remains the only Rose Bowl not played in Pasadena. 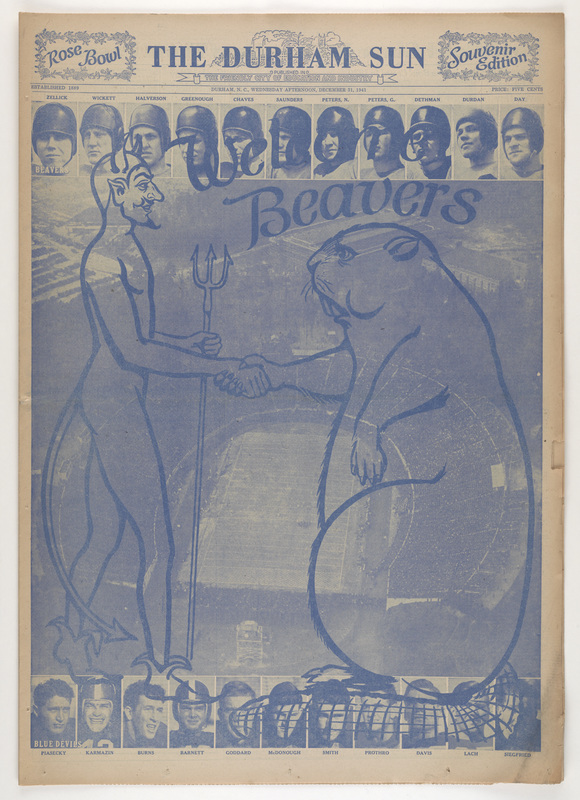