By mid-century, tobacco companies were not only hiring athletes to endorse their products, they had long identified sporting events as potential venues to reach potential consumers. Until the 1964 season when ads switched to Coca-Cola, the center pages of each Duke football program—the only two pages printed in color in the entire program—featured the rosters of the opposing teams and a prominent cigarette advertisement. In 1971 R.J. Reynolds lent the name of its premier brand Winston to the National Association of Stock Car Auto Racing (NASCAR). Known as the Winston Cup Series era, the relationship lasted until 2003, a period that saw a significant increase in the sports’ popularity. 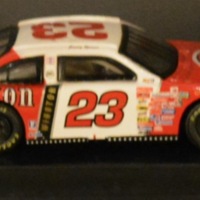 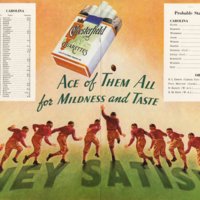