David, King of Israel, appears in the Bible as an admired, complex and tragic figure.  A warrior and a man of valor he established a united monarchy, conquered Jerusalem and made it the capital of his kingdom.   A  poet, musician  and  lover, David sins and repents  and suffers rebellion and death in his own family.  David is remembered by later generations as the ideal of the Israelite kingship and the founder of the House of David. 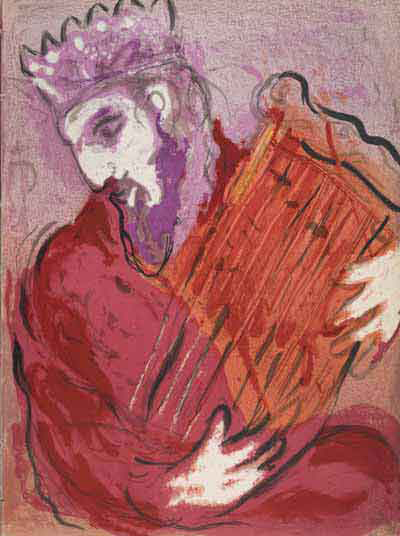 Marc Chagall 1887-1985
Born in White Russia, he studied art in St. Petersburg and in Paris before returning to Vitebsk, his hometown. In 1923 Chagall settled in France, and in 1941 he and his family escaped to the United States. Recognized as one of the greatest artists of the 20th century, Chagall was the recipient of many awards and honors. His work – mostly paintings in watercolor, gouache or oil, etchings, lithographs, and some sculptures as well as designs executed by craftsmen in a variety of media – is rich with Jewish motifs and contents. The Marc Chagall Biblical Message Museum, in Nice, France, houses many of his works on Biblical themes. 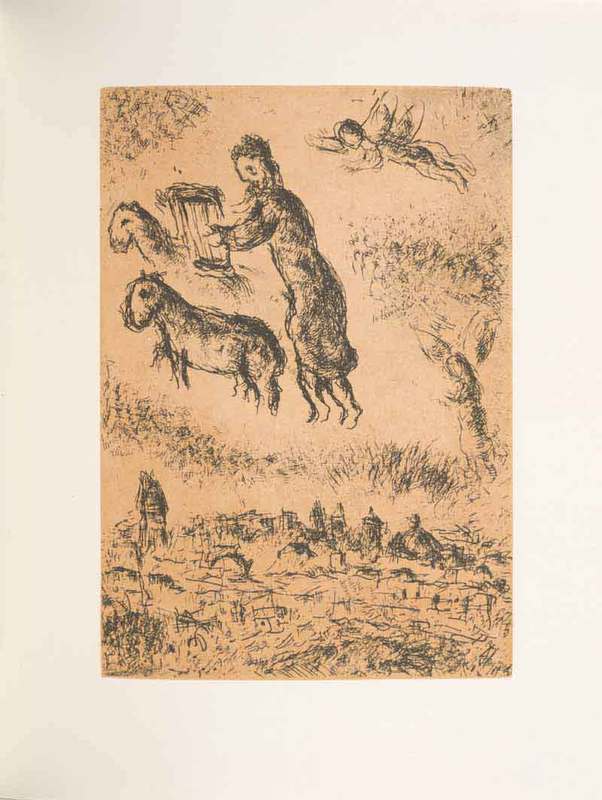 The Book of Psalms contains one hundred and fifty sacred songs of thanks, praise and supplication used frequently in both Jewish and Christian liturgy.  Authorship of the book has been traditionally ascribed to King David.

← Samson and Delilah; David and Goliath
Queen Of Sheba →
From the Prophets
David