The Book of Lamentation is one of the five scrolls included in the Hebrew Bible.  Traditionally attributed to the Prophet Jeremiah, it is read in synagogue on the evening of Tishah be-Av (the 9th of the month of Av in the Jewish calendar) which is a day of fasting and  mourning commemorating the destruction of the first and second Temple in Jerusalem. 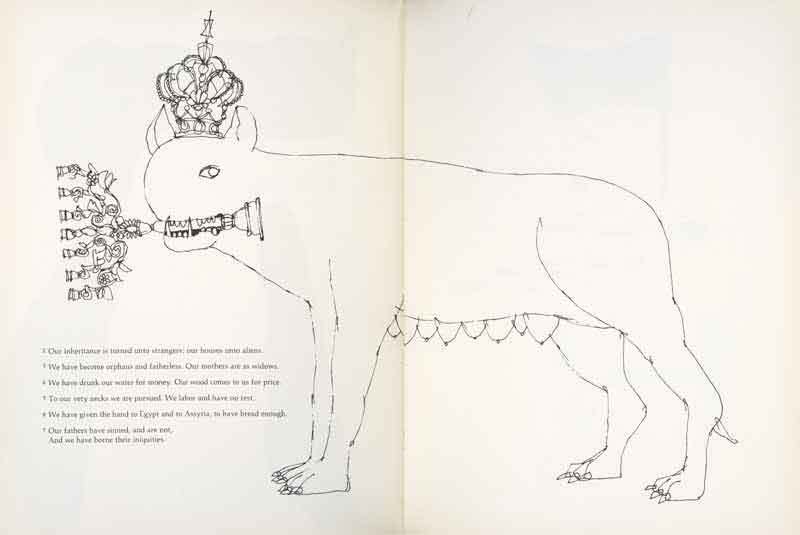 The Book of Lamentations

Mark Podwal 1945 –
Painter, illustrator, author and a physician. Born in New York, Mark Podwal may be best known for his drawings on The New York Times OP-ED page. Much of his work centers on Jewish legend, tradition and history. The book King Solomon and his Magic Ring won a Silver Medal from the Society of Illustrators in 1999. For more information visit his website: http://www.markpodwal.com/ 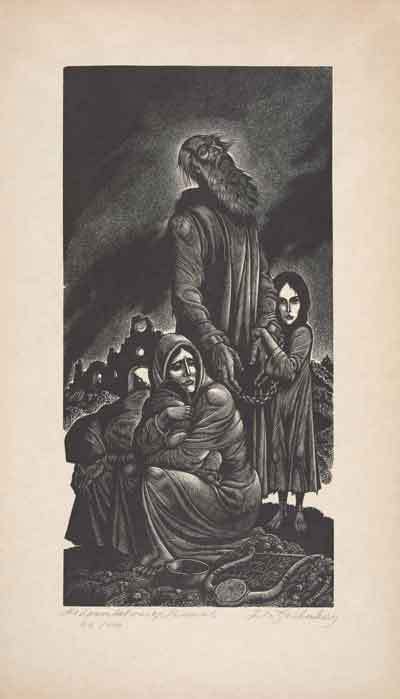 Ten Wood Engravings for the Old Testament
By Fritz Eichenberg
[New York? 1955?]
Wood Engraving from a series of 200
Image: Lamentations of Jeremiah

Fritz Eichenberg  1901-1990
Artist, printmaker, teacher and social activist.  Born in Germany Eichenberg immigrated to the United States in 1933.  He taught at The New School and Pratt Institute in New York, and at the University of Rhode Island.  Eichenberg was a master of wood engraving.  He was best known for his illustrations of literary classics and for the pacifist newspaper The Catholic Worker.

← Ruth
Ecclesiastes →
From the Writings
Book of Lamentations