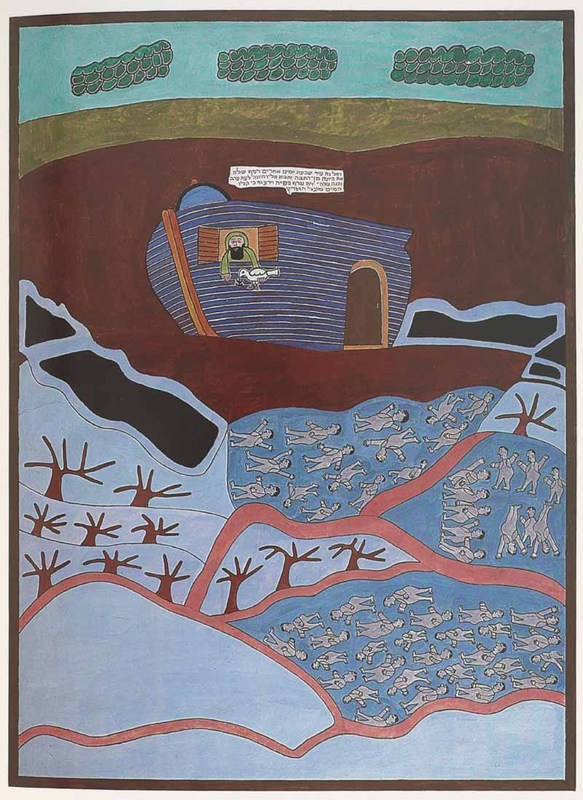 Shalom of Safed (1896 – 1980)
Shalom of Safed developed a unique style of painting Bible stories that was informed by his familiarity with midrashim, legends recounted in the Talmud that explain and elaborate on Bible stories. His work, described as naïve and folkloric, combines traditional narrative representation with contemporary elements and a subtle sense of humor.

Shalom Moskovitz of Safed became a painter when he was about sixty years old. He had been a watchmaker in a small town in the northern Galilee region of Israel, supplementing his income by carving and coloring wooden toys. A well-known Israeli artist, Yosel Bergner, saw his toys being offered for sale in the Safed bus station, presented him with paint and brushes, and suggested that he should begin painting. Even though Shalom’s art became popular and made him famous throughout the world, he continued to live his secluded and traditional life in Safed.

← Creation, Adam and Eve, and Jacob
From the Prophets →
From the Torah
Noah's Ark