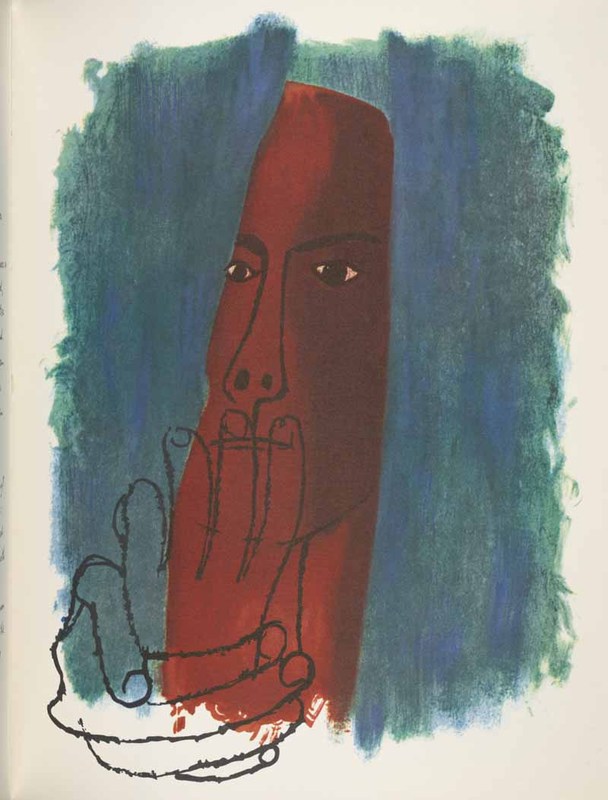 Ecclesiastes or The Preacher

Ecclesiastes or The Preacher
Handwritten and illuminated by Ben Shahn
New York: Grossman, 1971

Ben Shahn 1898 - 1969
Illustrator, Painter, Photographer, Printmaker.   Ben Shahn was born in Lithuania and came to the United States as a child.  He apprenticed as a lithographer and studied at the National Academy of Design. Shahn lived in New York and New Jersey and was known as a social-realist artist.  Much of his work focused on social issues and later in life his art turned towards Jewish themes as well.

Ecclesiastes or The Preacher (Kohelet in Hebrew) is one of the Five Scrolls in the Hebrew Bible.  Classified as Wisdom Literature, its authorship is traditionally attributed to King Solomon in his old age.  The book reflects on universal and philosophical questions such as what, if anything, is of lasting value and how, if at all, God interacts with human beings.  Ecclesiastes is read during the Jewish holiday of Sukot (Tabernacles).

← Book of Lamentations
Esther →
From the Writings
Ecclesiastes