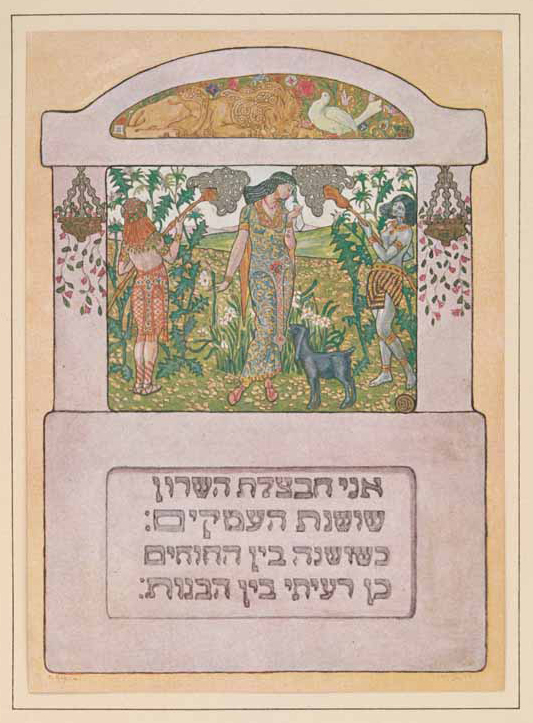 The Song of Songs

The Song of Songs, also named The Song of Solomon is one of the five scrolls in the Hebrew Bible. It is composed of a series of lyric love songs. Tradition prefers to interpret the book as an allegory in which the love of God for His people is expressed. Due to the poetic descriptions of nature and spring it is customarily recited during the holiday of Passover, and in some communities also every Friday, welcoming the Sabbath as a beloved bride.

Ze’ev Raban 1890 – 1970
Painter, sculptor and graphic artist. Raban was born in Poland and studied sculpture and decorative arts in Munich, Brussels and Paris. He came to Palestine in 1912 and joined the Bezal’el School of Arts and Crafts in Jerusalem as a teacher and a designer. Raban was one of the artists that shaped and defined what came to be known as the Bezal’el style.

← Job
Ruth →
From the Writings
Song of Songs