Creation, Adam and Eve, and Jacob 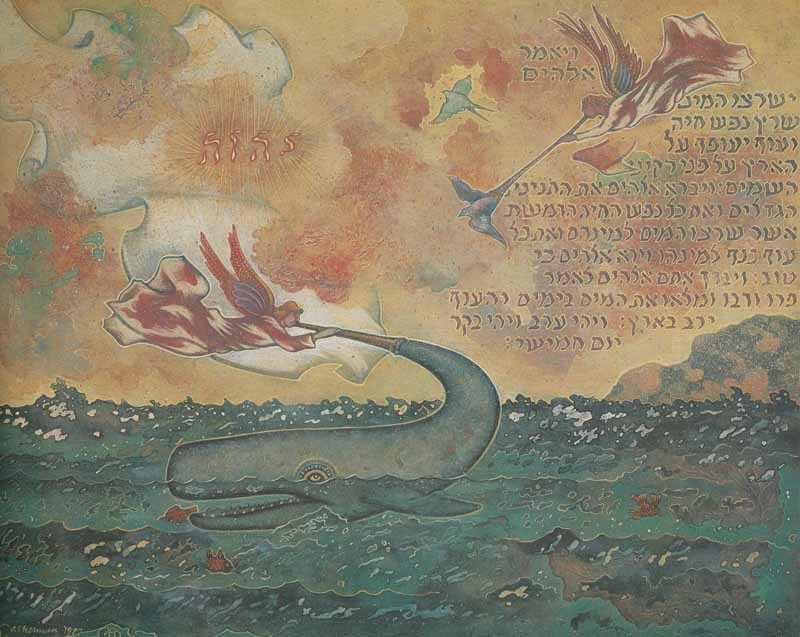 Ori Sherman 1934– 1988
Born in Jerusalem and raised in New York City, Sherman studied at the Rhode Island School of Design. His work includs illuminated manuscripts, miniature paintings and series of large-scale paintings on Jewish themes. Some of his paintings are exhibited in the permanent collection of the Judah L. Magnes Museum at Berkeley, California.

Snake, a flood and Two Arks : Bible Stories for Children 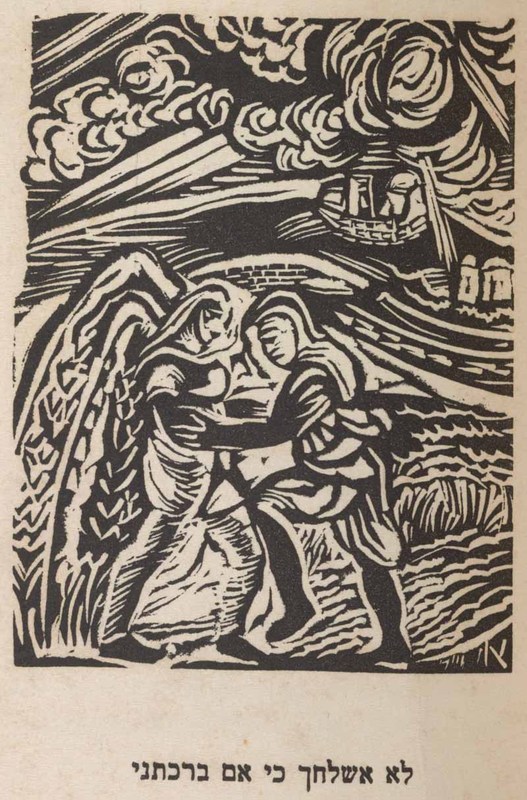 On the night before his fateful reunion with his brother Esau, Jacob (Yaakov) is attacked by a stranger near the stream of Jabbok: "Jacob was left alone. And a man wrestled with him until the break of dawn…He had not prevailed against him…"[and the man said] "Your name shall no longer be Jacob, but Israel, for you have striven with God and men, and have prevailed." Genesis 32. 25-29

Aryeh Allweil 1901 - 1967
Painter and illustrator. Allweil was born in Galicia and studied art in Vienna and Dresden. He immigrated to Palestine in 1920 where he also taught art. Allweil published series of linoleum cuts of Israeli and Biblical subjects, illustrated a Passover Haggada and created large scale murals of the Holocaust.

← Genesis
Noah's Ark →
From the Torah
Creation, Adam and Eve, and Jacob