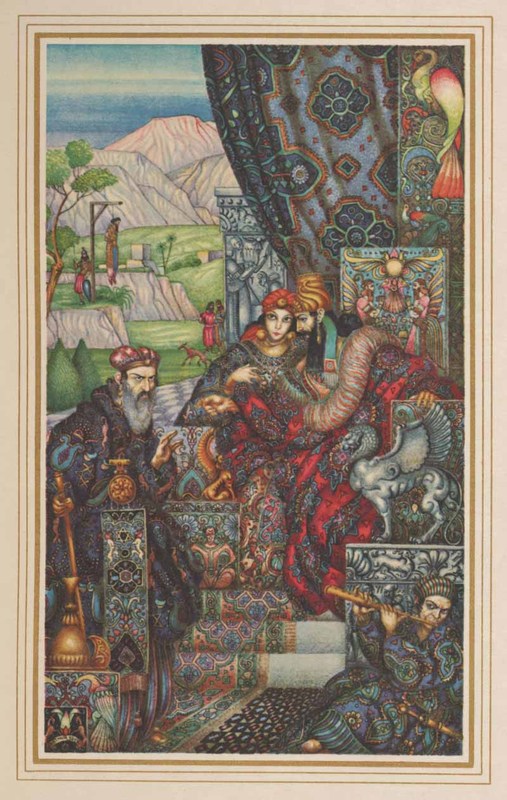 Reproduced with the cooperation of The Arthur Szyk Society, Burlingame, CA for more information visit their website: www.szyk.org

Arthur Szyk  1894-1951
Born in Poland, Szyk first studied and lived in Paris, and in 1940 moved to the U.S.  Always passionate about political issues, he became a leading political artist during World War II.  He was best known for his caricatures and cartoons against Nazi Germany and its allies that were published by leading newspapers and magazines in America.  Szyk gained international reputation for his richly detailed illustrations and illuminations on both American and Jewish themes.

The Scroll of Esther is one of the Five Scrolls which are part of the Hebrew Bible. It tells the story of  Esther the Jewish queen of Persia. With the help of her uncle Mordechai,  Esther saves the Jewish people in  the Persian kingdom from destruction plotted against them by Haman, the evil minister of the king.  The story is read and celebrated during the Jewish holiday of Purim.

Shown here:
Queen Esther accompanied by King Ahasuerus and Mordechai the Jew, in a scene from the “scroll of Esther”.

← Ecclesiastes
Nehemiah →
From the Writings
Esther