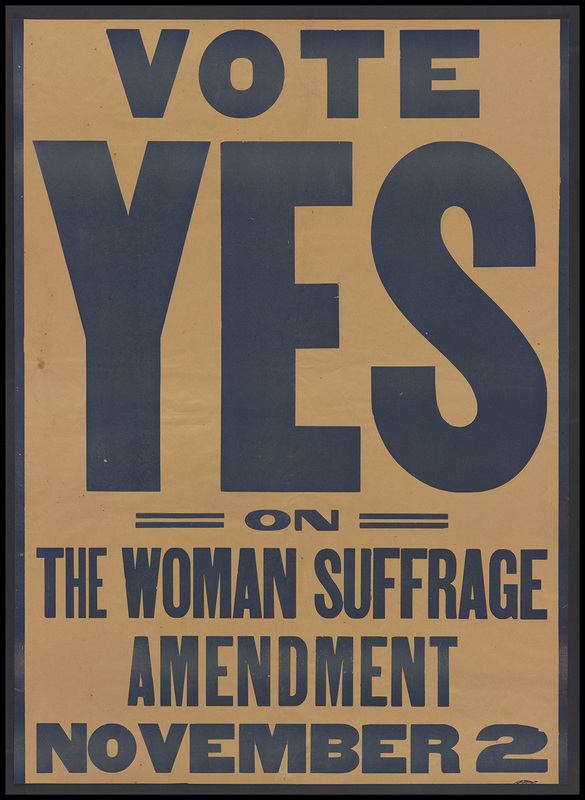 On August 18, 2020, we commemorate the centenary of the ratification of the Nineteenth Amendment and the nearly eight decades of activism that led to it. Students in Duke’s Fall 2019 “Women in the Economy” course were tasked with going beyond simple tools of “supply and demand” to examine original, archival materials from the Rubenstein Library to explore the complexities and strategies of the suffrage movement. Students selected and researched over forty items ranging from political pins to manuscript letters, maps, and even a cookbook that demonstrate how the Nineteenth Amendment was not simply the result of women “demanding” the right to vote followed by the vote being “supplied”! This exhibition presents their work to tell the story of the fight for the Nineteenth Amendment.

Women in the Economy: Women as Producers and Consumers

During the time of the American women’s suffrage movement, women’s participation in the labor force moved from being largely agricultural to industrial. However, many differences in work experiences existed amongst women based on race, ethnicity, age, marital status, region, class, and immigration status. Additionally, women and children were paid significantly less than their male counterparts. As a result, many women became active in labor movements and unions to improve working conditions and wages for women and children.

Businesses’ support or opposition for women’s suffrage often depended upon how firms viewed women’s position in the economy: as producers or as consumers. Businesses and industries that hired women as workers were generally opposed to suffrage, fearing that women’s voting rights would result in higher wages. When women were viewed as potential customers, many firms supported suffrage, selling and marketing products such as cigarettes, cleaning and cooking items, and beauty products with pro-suffrage messaging, a practice of commodifying social movements that still occurs today.

This exhibit was curated by Jess Epsten, Laura Micham, Dr. Genna Miller, and her Fall 2019 Women in the Economy Class

This exhibition was sponsored in part by the E. Rhodes and Leona B. Carpenter Foundation and the Duke Economics Department.

The Duke community may now reserve a spot to view this exhibition in the Chappell Family Gallery!