Beginning in the late nineteenth century, North Carolina suffragists and their supporters sought a state amendment extending the vote to women through local as well as national organizing efforts. After the Nineteenth Amendment passed in 1920, the League of Women Voters North Carolina was formed to educate and encourage active participation by new women voters in public policy issues. Faculty and students at Duke, which was the site of one of the first four North Carolina League of Women Voters chapters, continued to work on behalf of women voters. The items in this section illustrate moments in this decades-long history. 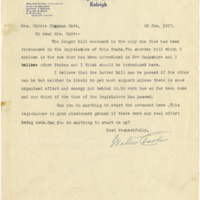 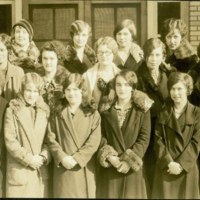 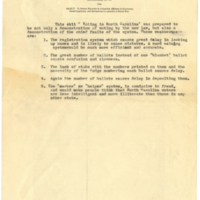 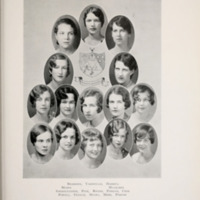 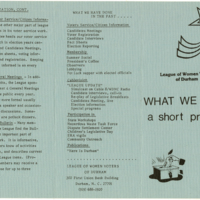 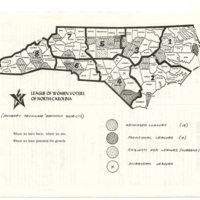 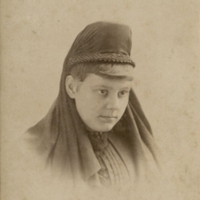 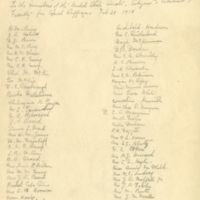 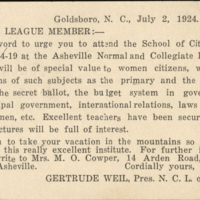 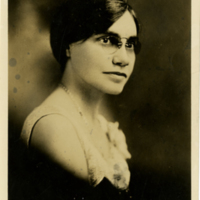 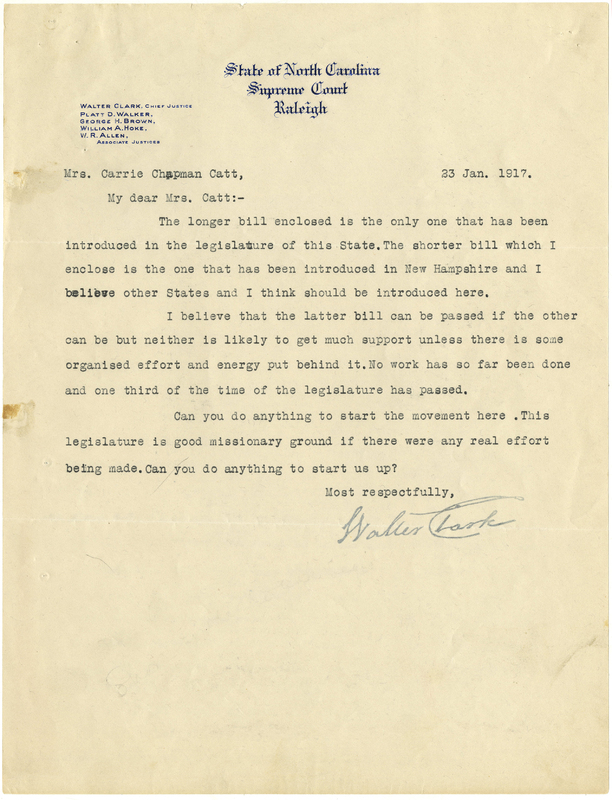 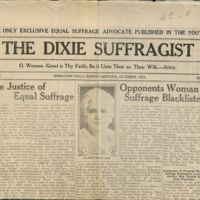 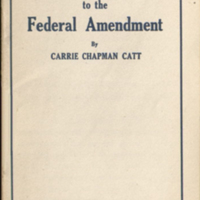 In this letter, NC Supreme Court Chief Justice (1903-1924) Walter Clark enlists the National American Woman Suffrage Association President, Carrie Chapman Catt, to raise political support for two bills that would expand municipal suffrage within North Carolina. These two figures influenced the legislative agenda and civilian dialogue about suffrage at local, state, and national levels. They, along with many of their white contemporaries, held racist and classist views that featured prominently in their movement strategy as can be seen in Clark’s Dixie Suffragist article and Catt’s pamphlet, Objections to the Federal Amendment shown here. 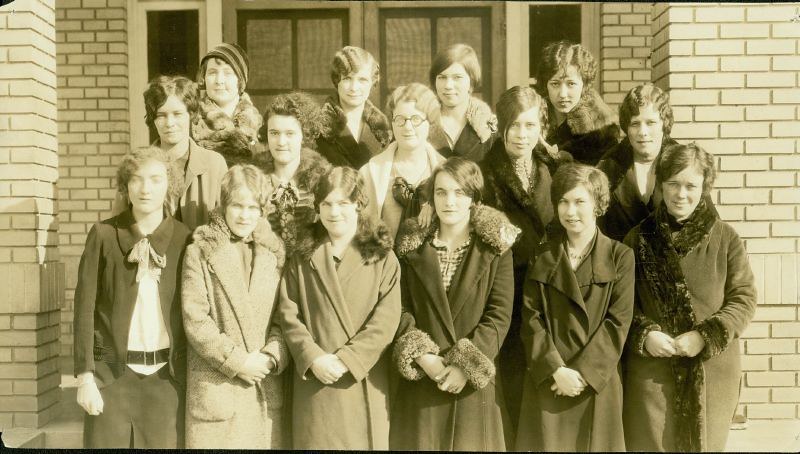 In 1926 the Athena and Brooks Literary Societies at Duke unified as the Duke League of Women Voters chapter. Supported by Mary Octavine Cowper, the regional leader of the National League of Women Voters, the group worked to educate and inform their peers about voting and local, state, and national government. Though the federal amendment was passed in 1920, it took decades of persistent advocacy by this group and successor organizations to finally convince North Carolina’s legislature to endorse women’s suffrage—in 1971. 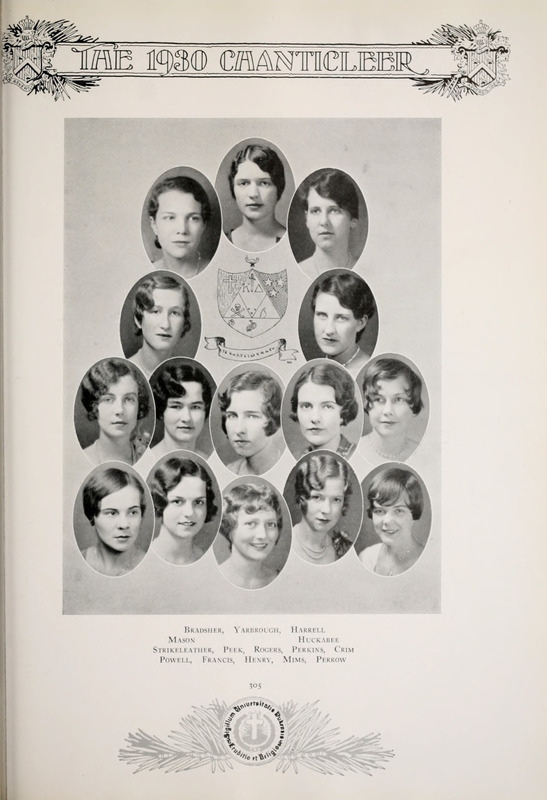 Portraits from The 1930 Chanticleer

This skit, written by Durham suffragist Mary Cowper, was performed on stage by the Duke League of Women Voters in February of 1930 to educate women on voting processes. Satirical acts reveal systemic discrimination against illiterate voters and persistent gender inequalities as some women voted on behalf of husbands. Some of the women in the play—Pauline Francis, Alice Huckabee, Joanna Crim, and Eileen Stikeleather—are pictured here in Duke’s yearbook, The Chanticleer. 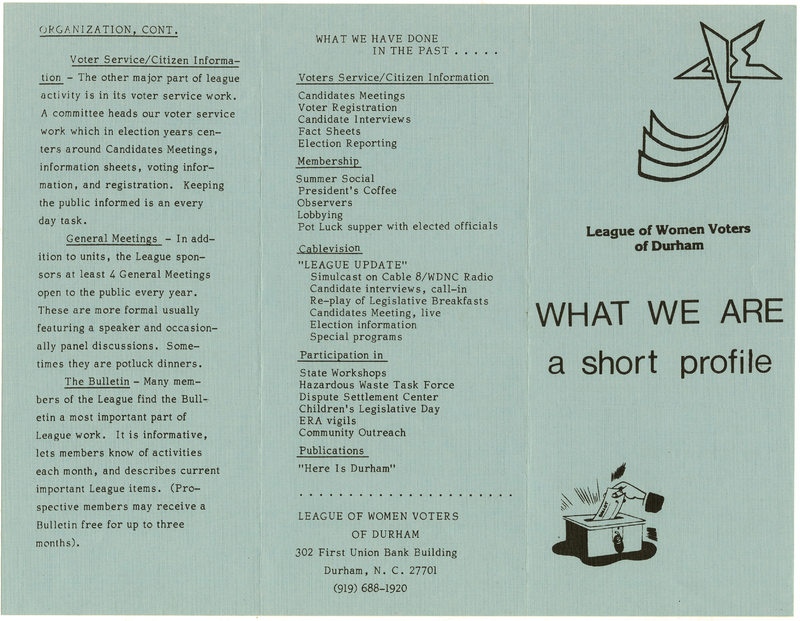 What We Are: a short profile 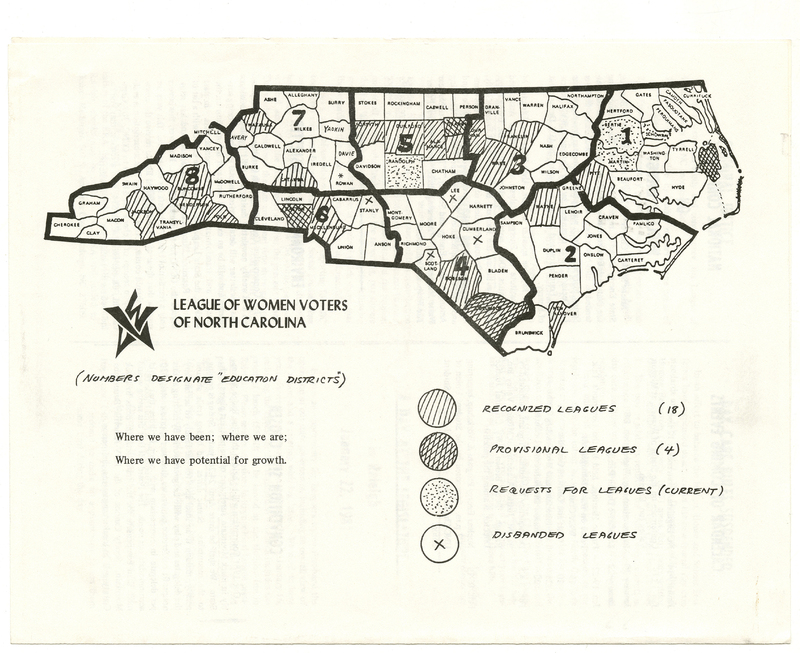 This map highlights the League of Women Voters’ membership across North Carolina. Chapters are mostly clustered around large metropolitan areas, leaving much of the rural and coastal areas unaccounted for. The League used this information to align educational efforts to specific locations in order to further their mission. 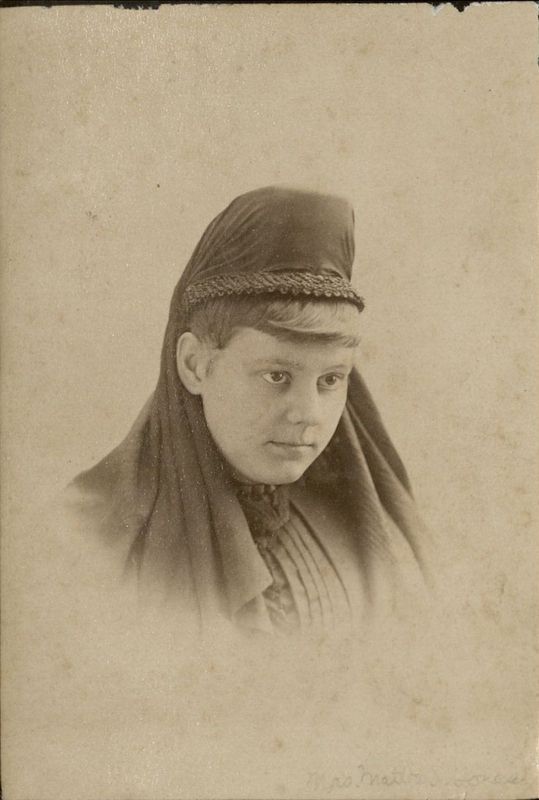 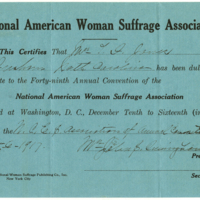 Petition organized by Mattie Southgate-Jones and Others

Mattie Logan Southgate Jones, who was born in Louisburg, North Carolina, moved to Durham as a teenager where she was an active member of several North Carolina organizations including the Durham Equal Suffrage League and the Durham Civic Association (both as President), as well as the Fifth District of the Equal Suffrage Association of North Carolina of which she served as Chair. Jones was also a member of the North Carolina Federation of Women's Clubs. Within the women’s suffrage movement Jones was deeply engaged in developing political strategy, lobbying state senators, and facilitating petition drives around the region, including on the Trinity College campus (predecessor to Duke University). 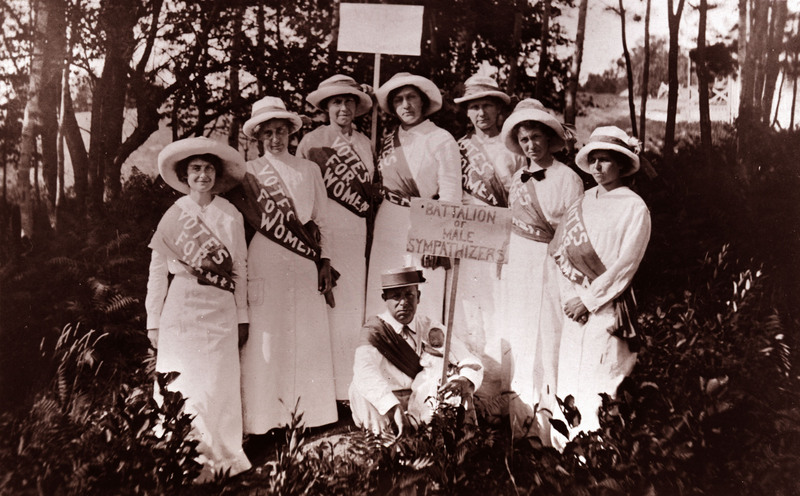 Photograph of Gertrude Weil (far left) and other suffragists

Gertrude Weil, a social activist involved in women's suffrage, labor reform, and civil rights, was born in Goldsboro, North Carolina to German-Jewish immigrants. In 1913 she formed the North Carolina Equal Suffrage League in Charlotte which helped to develop local groups while lobbying legislators and publicizing its cause through pamphlets and speeches. After the ratification of the 19th amendment she helped to establish and became president of the North Carolina League of Women Voters which educated women, through citizenship schools and other means, about the political system and their newly won rights. In the 1930s Weil became an active member of the Association of Southern Women for the Prevention of Lynching and the North Carolina Commission on Interracial Cooperation. She spent the next thirty years working for legal, economic, political, and educational equality for black Americans. 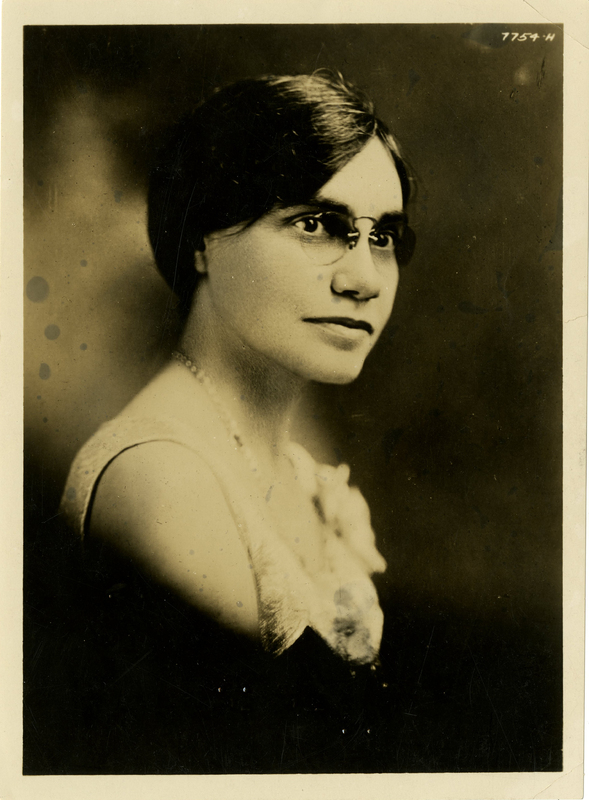 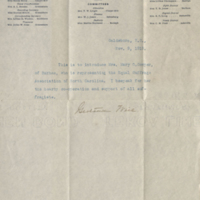 Mary Octavine Cowper, a sociologist and community activist, worked with the Durham Equal Suffrage League before co-founding the North Carolina Chapter of the League of Women Voters (LWV) in 1920. She also edited the NCLWV monthly bulletin from 1923 to 1931. Elected in 1925 as director of the Third Region of the League of Women Voters, Cowper aimed to register at least 75 percent of eligible women voters, influence public opinion through widespread publicity, and enlist the assistance of women's clubs to lobby for LWV legislative goals. In addition to working for women’s voting rights, Cowper also participated in reform efforts related to child labor laws, mandatory public education and childcare, health and safety regulations, and shorter working hours for all.