With the power to move and motivate beyond laws and social programs, visual materials and culture arts brought suffragists across the United States together, connecting them with media that was accessible to people of all educational and socioeconomic backgrounds. As seen here, the arts played a significant role in the passage of the Nineteenth Amendment, from propaganda to humorous poems, pins and banners worn to unify, and movies and plays illustrating satirical or dramatic interpretations of the daily struggles of women. 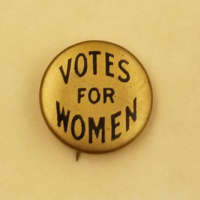 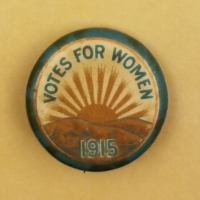 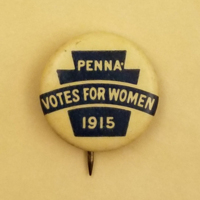 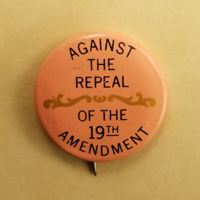 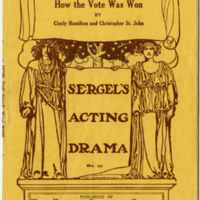 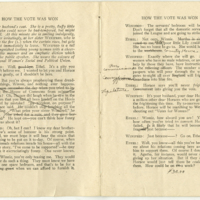 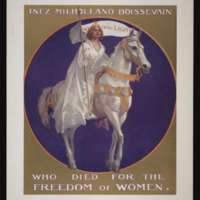 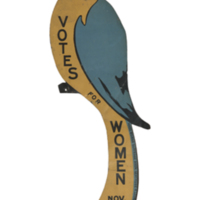 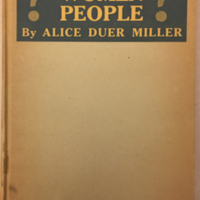 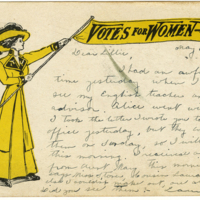 These suffrage pins, decorated in white and gold, symbolized purity, light, and life. All of these pins were worn during parades to garner support for legislative action. Specifically, the pin with the word “PENNA” printed on it represents the first national women’s suffrage parade which was held on March 3, 1913 on Pennsylvania Avenue. Participants marched from the Capitol to the Treasury Building. 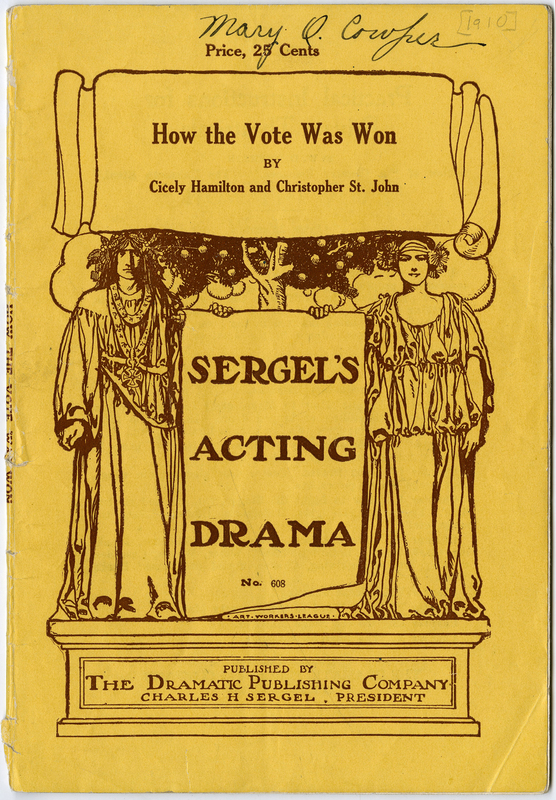 How the Vote Was Won

Annotated excerpt from How the Vote Was Won

This copy of How the Vote Was Won, a satirical play written in 1909 by British suffragist Cicely Hamilton, was annotated by Mary Cowper, a resident of Durham, North Carolina. Cowper adapted the language of the play to apply to life in Durham, so that the message would be more meaningful to other North Carolinians. Though it is not certain if the play was ever performed publicly, Cowper most likely used it as an educational tool for the Durham community, and given her strong ties to Duke, perhaps for Duke students as well. 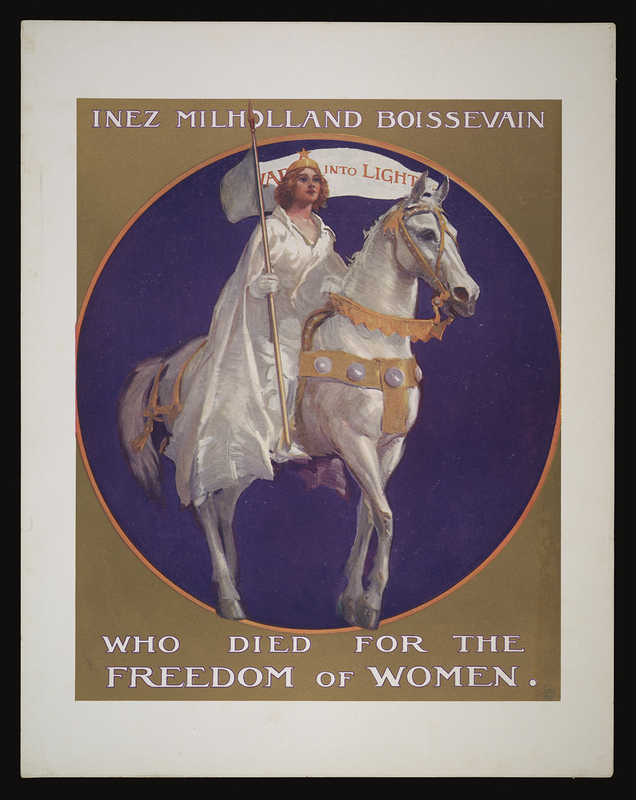 Inez Milholland Boissevain: Who Died for the Freedom of Women

Shown here is lawyer, journalist, socialist, reformer and activist Inez Milholland Boissevain, who became an icon and martyr for the suffrage movement. In 1913, on the day before Woodrow Wilson’s inauguration, she mounted a white horse and led 8,000 marchers in a suffrage parade. While on a grueling speaking tour she collapsed at the podium in Los Angeles and died days later. In the late nineteenth century, in response to decades of cartoons mocking progressive women in publications like Puck the National American Woman Suffrage Association (NAWSA) created press and publicity committees, employed professional publicity managers, and hired artists to make images for posters and postcards. The National Woman’s Party (NWP) continued NAWSA’s coordination with the press and production of posters like this one to promote the cause. 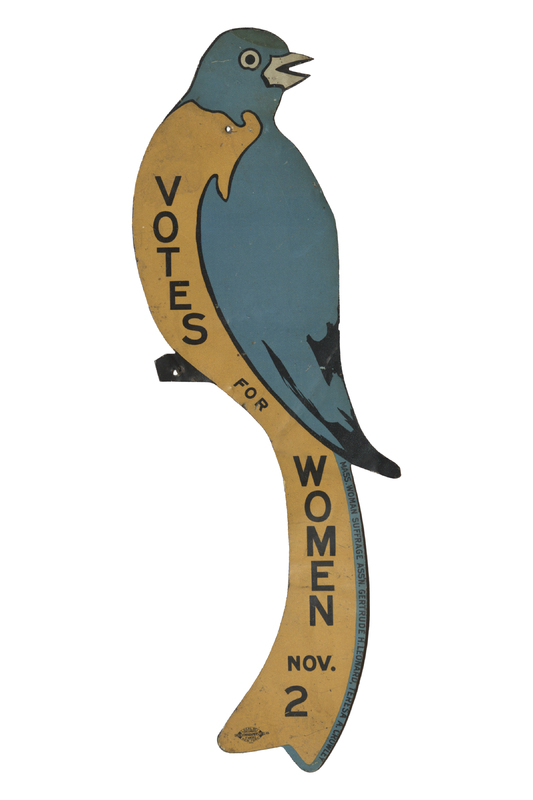 The Massachusetts Women’s Suffrage Association produced 100,000 of these Votes for Women Bluebird tins as a means of spreading information surrounding the Massachusetts suffrage referendum of November 2, 1915, which ultimately failed. Made in a World War I manufacturing facility, the bluebird was a symbol of hope, resilience, and optimism. Note the artistic license taken making the typical red coloring of a bluebird's belly changed to the suffrage yellow/gold. 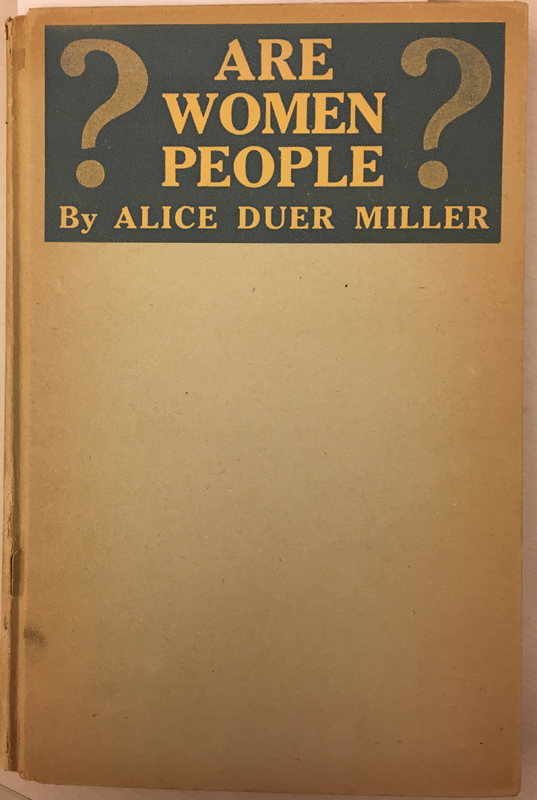 In her work Are Women People? A Book of Rhymes for Suffrage Times, political writer and suffragist Alice Duer Miller combines her expert prose and satirical style to address the issue of unequal rights for women, particularly with respect to voting. After this book was published "Are Women People?" became a popular catchphrase during the suffrage movement and remained in use in feminist movements of the past century. 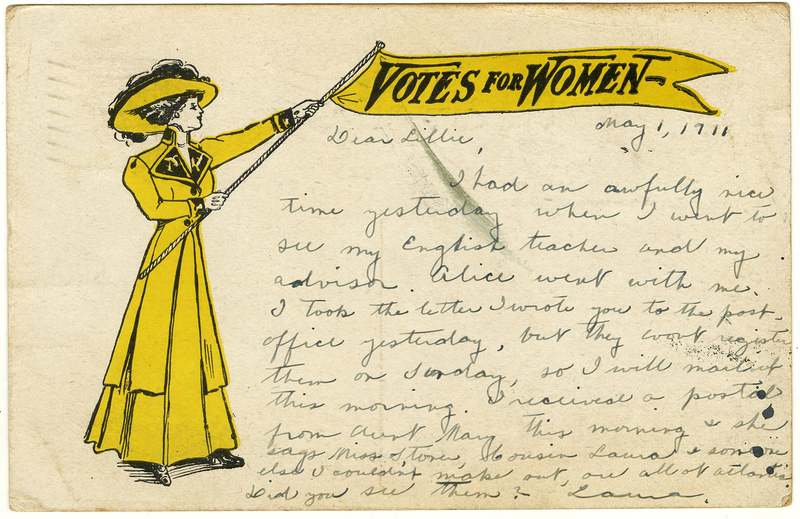