Suffrage movements emerged across Europe, North America, and Asia in the late nineteenth and early twentieth centuries, informing and influencing each other. The items in this section illustrate the participation of American suffragists in international suffrage efforts, as well as the impact of international voting rights activities on the American suffrage movement. For example, tactics of the militant British suffrage organization Women's Social and Political Union were used by American suffragists interested in more direct action to achieve their goals. In addition, WWI served to raise global awareness of and solidarity around shared struggles for equal rights among women as well as workers, veterans, and other disaffected groups. 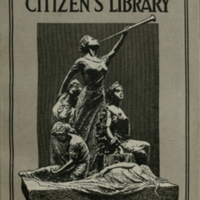 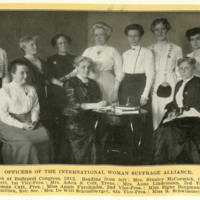 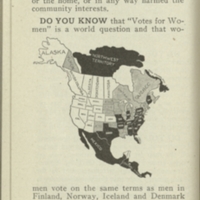 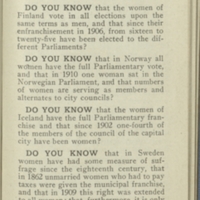 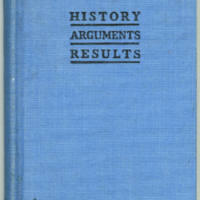 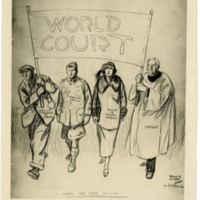 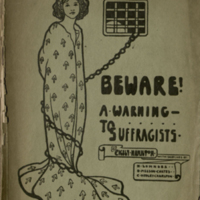 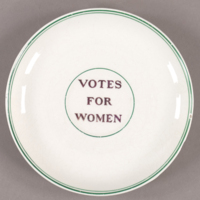 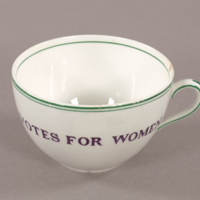 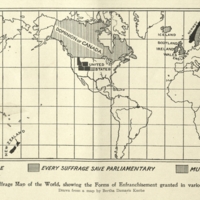 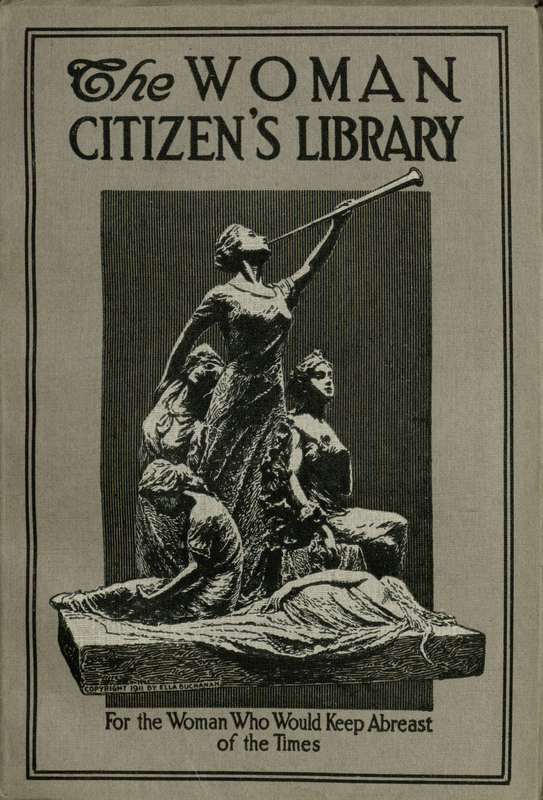 A Woman Citizen's Library: a systematic course of reading in preparation for the larger citizenship 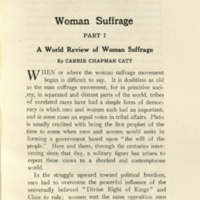 "A World Review of Woman Suffrage"

In this article from The Woman Citizen, Carrie Chapman Catt, who founded the International Woman Suffrage Alliance in 1904 to campaign for global women’s suffrage, describes the history of women’s roles across different regions of Europe. Catt also summarizes the status of women’s suffrage in Europe, Asia, and British colonies such as British Columbia, and encourages women without suffrage to fight for the cause. 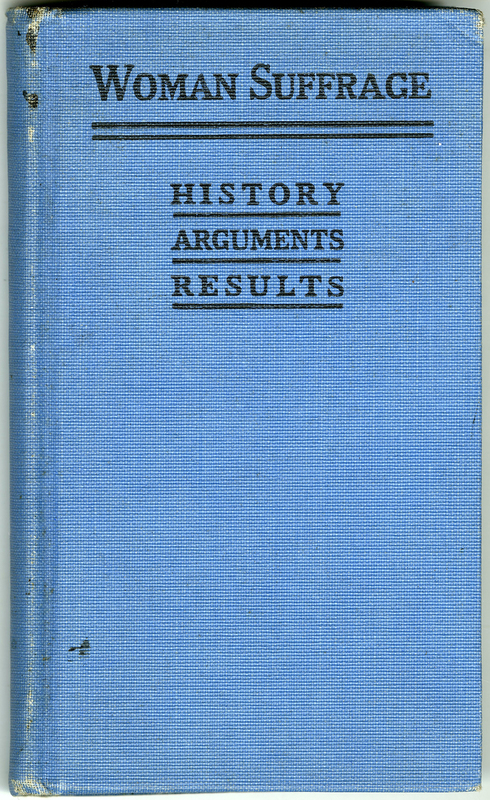 In this book, Frances Maule and Annie Porritt, two editors of National American Woman Suffrage Association Publishing Company, compare the progress of suffrage movements before 1917 across a range of countries with and without women’s suffrage such as New Zealand (1893), Norway (1913), England (1918), and the United States. The term “blue book,” likely used in the title as a way of emphasizing the significance of this volume, is defined as an official publication, authoritative report, or manual issued by a department, organization, or party. 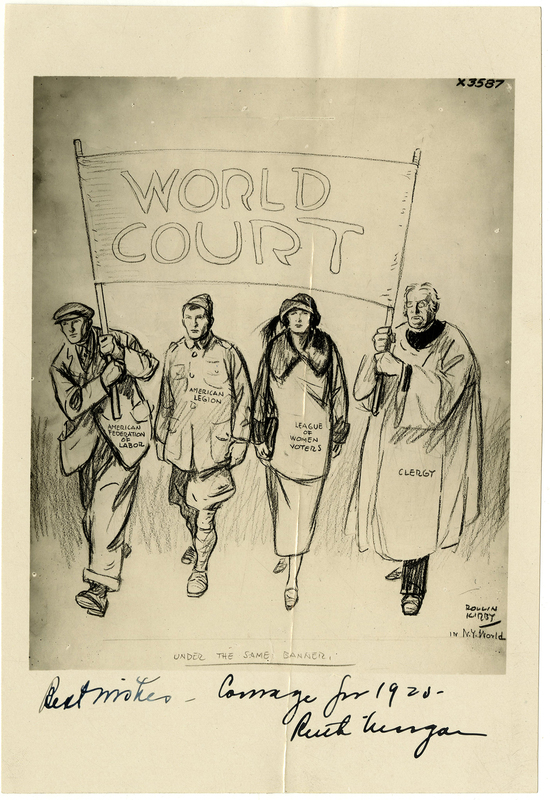 Under the Same Banner Postcard 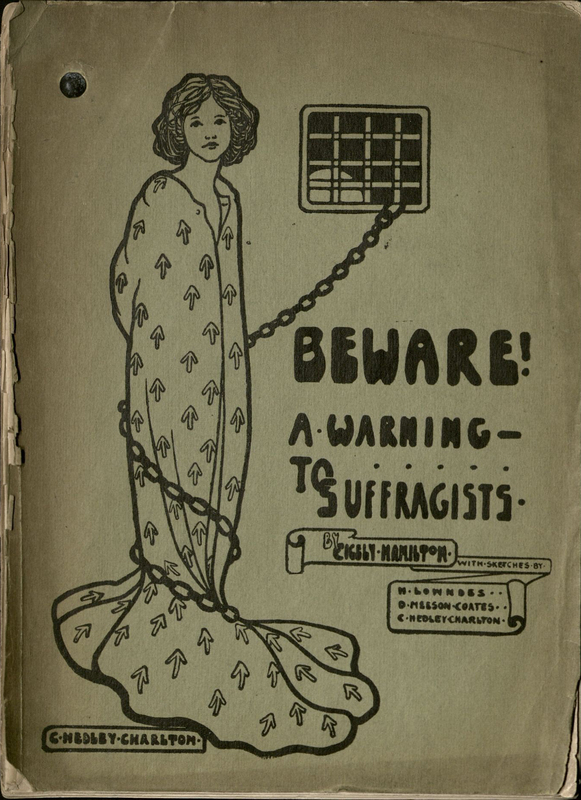 Beware! A Warning to Suffragists

In 1908, actress and writer Cicely Hamilton founded the Women’s Writers’ Suffrage League in the United Kingdom with Bessie Haton, choosing to fight for suffrage with their pens rather than by direct action. Her suffrage plays were a great success, being performed across the UK and the United States to fundraise and raise awareness, including How the Vote was Won. A copy annotated by a Durham suffragist is also in this exhibit. In Beware!, printed by the Women’s Printing Society, her ironic poems are illustrated by many women of the Artists’ Suffrage League.

This tea cup and saucer were possibly commissioned by the British suffrage organization, Women's Social and Political Union, as they share the WSPU's colors of green, white and purple. American suffragists were likely influenced by their British counterparts who commissioned tea sets and specially blended “suffrage tea” to be sold at suffrage fairs. Suffragists in the U.S. also organized tea parties to promote their cause and to raise money. 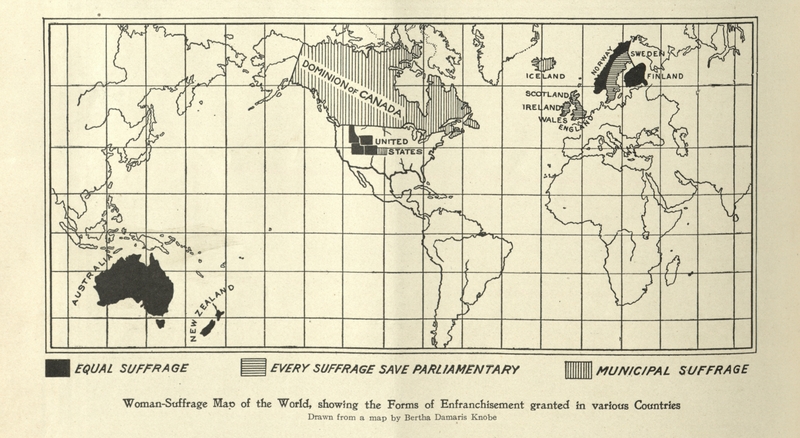 "Women-Suffrage Map of the World" from Harper's Weekly