Women’s suffrage was not just a women’s issue. Men of any political party, region, religion or class might have stood on either side of the suffrage debate, but given they held the majority of the political power at the time, it was necessary for women to gain their support. These objects offer examples of the ways that women allied themselves with sympathetic and supportive men and the ways that men actively contributed to or opposed the suffrage movement, including the voices of an anonymous book author, an anti-suffrage organization, and a newspaper editor. 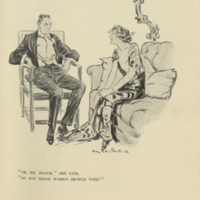 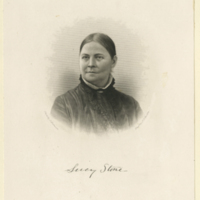 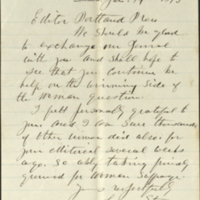 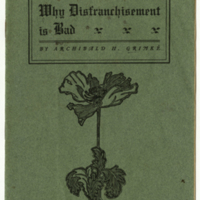 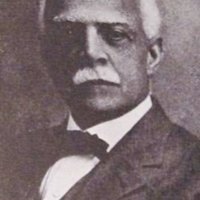 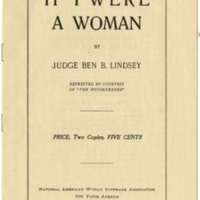 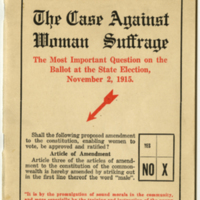 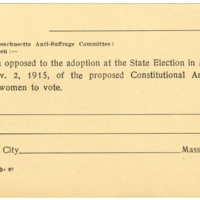 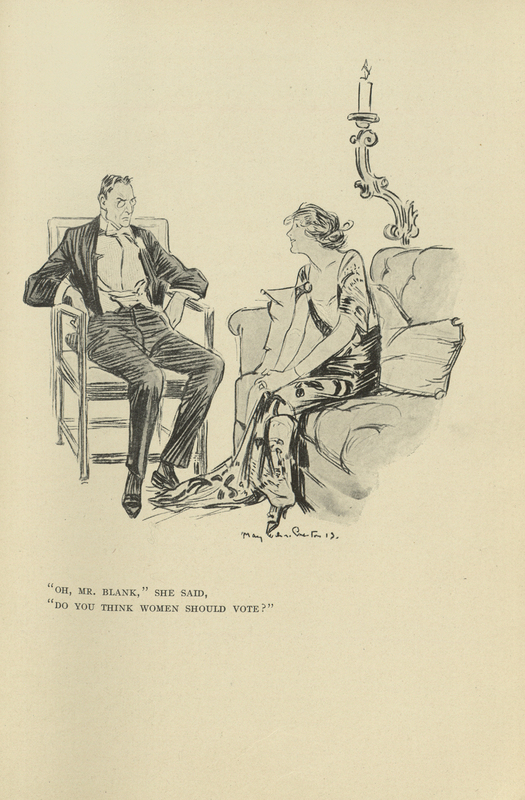 This book by the anonymous “Him,” published shortly after the suffrage parade on 5th Avenue in New York City in 1915, offers a self-deprecating and humorous account of men supporting women’s suffrage. While the tone of the book is occasionally patronizing, the author’s criticism of anti-suffrage men is unsparing. The book contains illustrations by May Wilson Preston, a prominent artist for the suffrage movement. 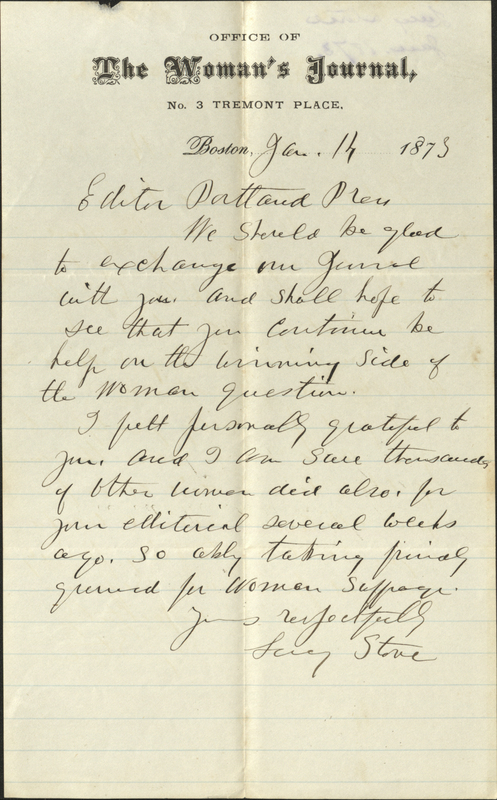 In this letter, prominent suffragist Lucy Stone acknowledges George Gifford’s public support of the suffrage movement. Gifford, a lawyer, the editor of the Portland Press in Maine (1867-71), and a member of the Maine House of Representatives in 1874, was an influential voice in his community. Gifford was named recording secretary of the Maine Woman Suffrage Association at their founding conference in 1873 where Lucy Stone was a speaker. In politics and the press Gifford was able to amplify the voices of women like Stone, who was a founder of the American Woman Suffrage Association and co-editor of Woman’s Journal. 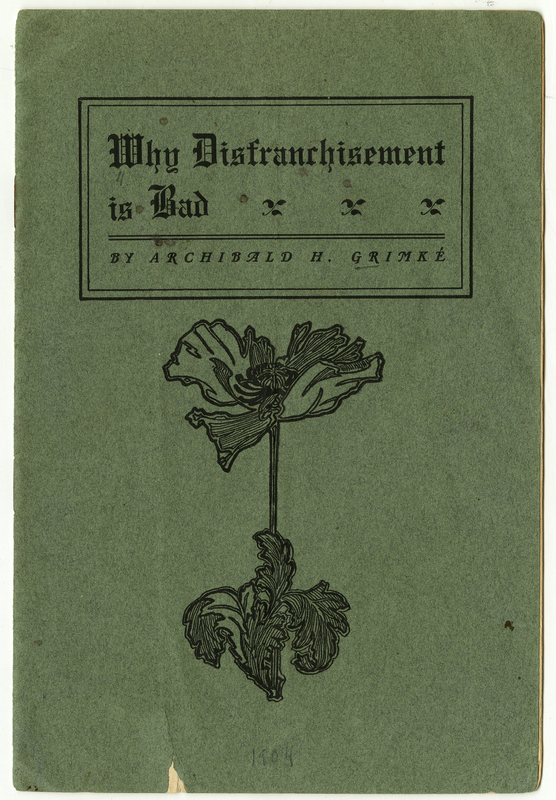 Why Disfranchisement is Bad

Archibald Grimké was a lawyer, politician, and journalist, founding member of the NAACP, and activist for African American and women’s suffrage, specifically through his involvement with the National Woman Suffrage Association of Massachusetts. Born into slavery in South Carolina, Grimké was the nephew of Sarah and Angelina Grimké—often referred to as the “Grimké Sisters”—prominent abolitionists and women’s rights activists. In Why Disenfranchisement Is Bad, first published in The Atlantic Monthly in 1904, Grimké outlines the importance of enfranchisement for African Americans especially in the South to achieving racial equality and economic growth. With the support of Booker T. Washington, the article was eventually republished as a pamphlet and used to educate the public regarding harmful laws that limited voting rights.

If I Were a Woman

A native Southerner who spent most of his career in Colorado, which passed women’s suffrage in 1893, Judge Benjamin Barr Lindsey called for Americans to be active in supporting equal suffrage movements. Having established the first juvenile court in Denver to promote the rights and welfare of children, Judge Lindsey also championed women’s rights. With this publication, he sought to use his professional experience to promote the cause by inspiring both men and women alike to realize the benefits of women’s suffrage in public and private life. 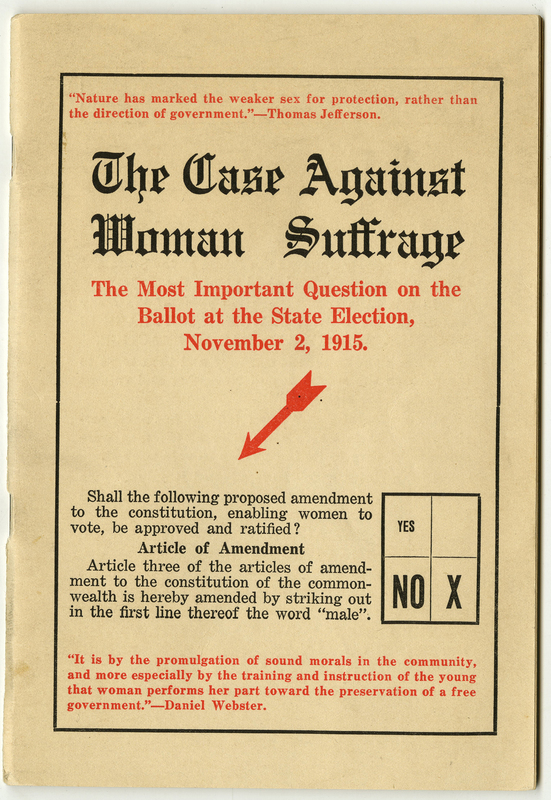 The case against woman suffrage : the most important question on the ballot at the state eletion, November 2, 1915

Addressed to “the men of Massachusetts,” this pamphlet lays out specific reasons why male and female anti-suffragists believed that women were inherently unqualified to vote, such as inferior knowledge and reasoning skills compared to men and the magnitude of the responsibility. In this pamphlet, modern readers will most likely find it difficult to read how some writers expressed themselves at the time.