The Value of Labor

Women recognized that to rectify such injustices as inequality of compensation and working conditions, as well as to ensure labor protections, they must have a voice in political affairs. The objects in this section highlight the ways in which wage gaps and gendered power imbalances prompted the desire by many writers to be enfranchised and the conviction by others that the movement belittles women’s important accomplishments. Written by labor activists, journalists, political and social reformers, and others, the items also showcase the diverse lenses through which suffrage was considered and understood, and the vast array of issues that the movement encompassed. 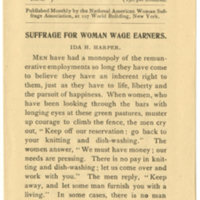 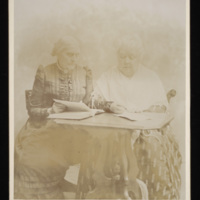 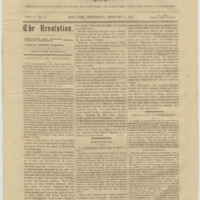 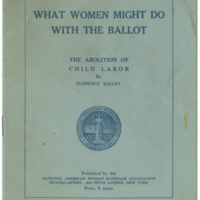 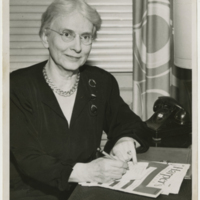 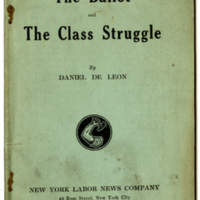 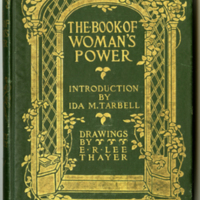 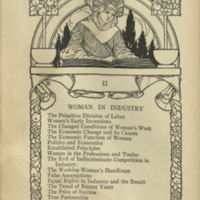 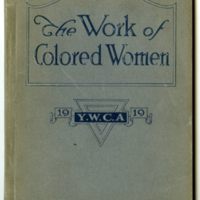 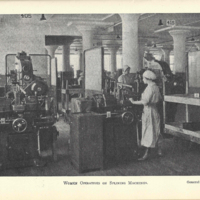 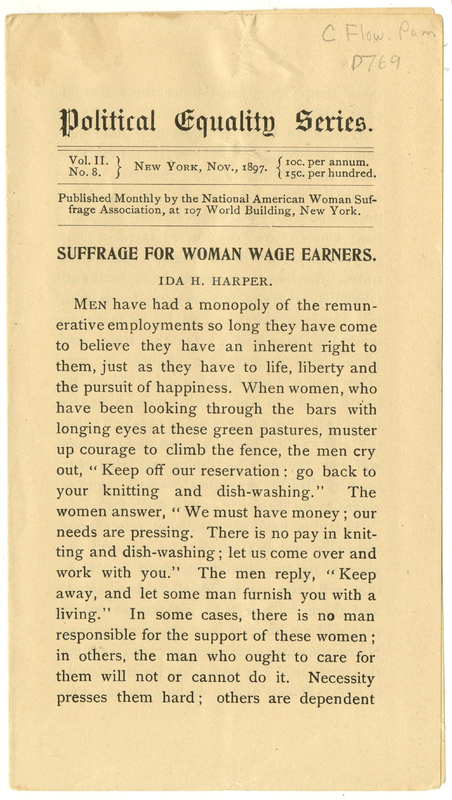 Ida H. Harper was a woman’s suffrage journalist employed by the National American Woman Suffrage Association. She was also Susan B. Anthony’s biographer and co-author of History of Woman Suffrage. Suffrage for Woman Wage Earners asserts that women workers will inevitably earn lower wages than men unless they are enfranchised. Harper argues that access to the ballot would improve women’s economic situation. 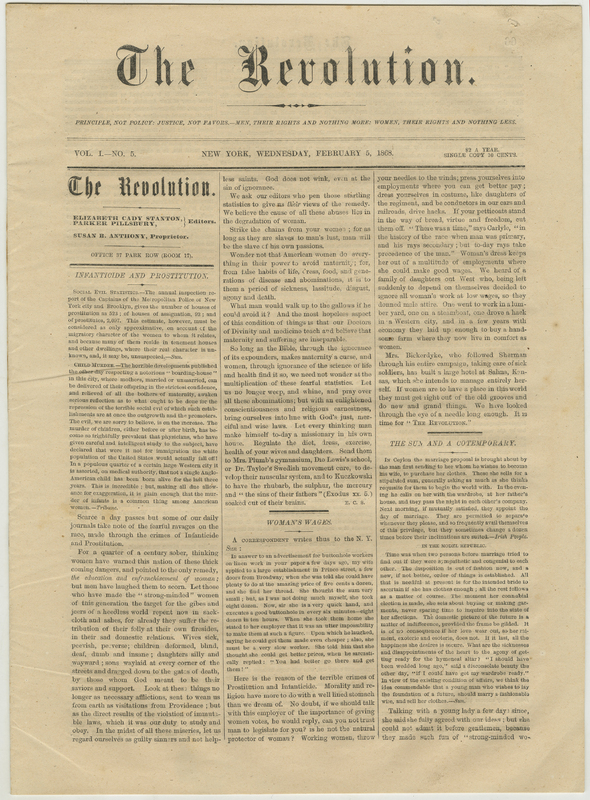 Portrait of Susan B. Anthony and Elizabeth Cady Stanton

The Revolution (1868–1872) was the first weekly newspaper devoted to women’s rights. Founded by Susan B. Anthony and Elizabeth Cady Stanton as the official publication of the National Woman Suffrage Association, The Revolution helped bring national attention back to the women’s rights movement in the aftermath of the Civil War. It was an important part of the NWSA’s efforts to attract working-class women, using columns on unionization, discrimination against female workers, pay equity, prostitution, and other pertinent topics to attract and hold their interest. 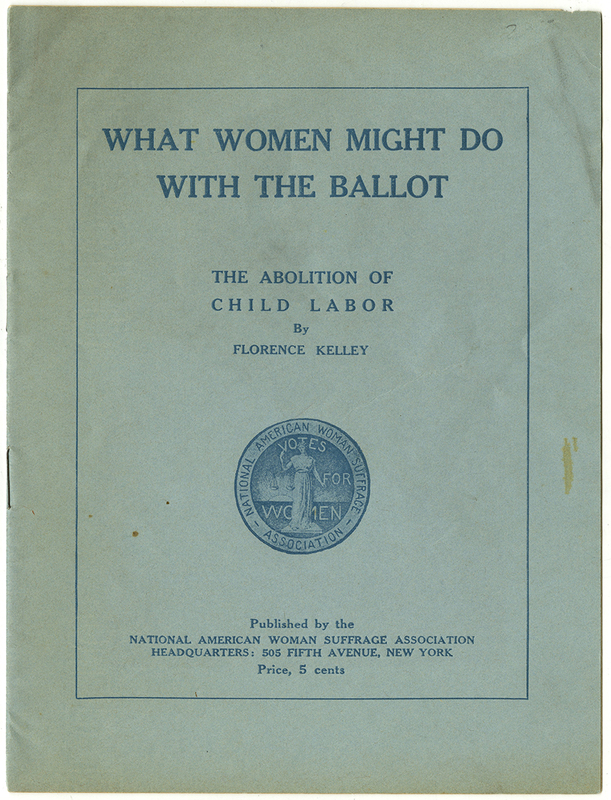 Florence Kelley—a prominent labor activist, socialist, and founding member of the NAACP—frequently challenged the unfair working conditions of this time period. Her pamphlet, What Women Might Do with the Ballot, advocated for increased labor protections for women and children and asserted these protections could only be achieved through women’s suffrage. 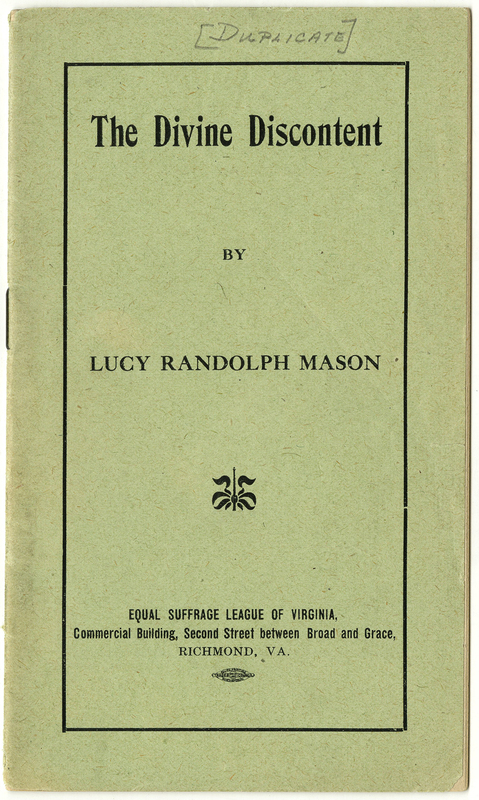 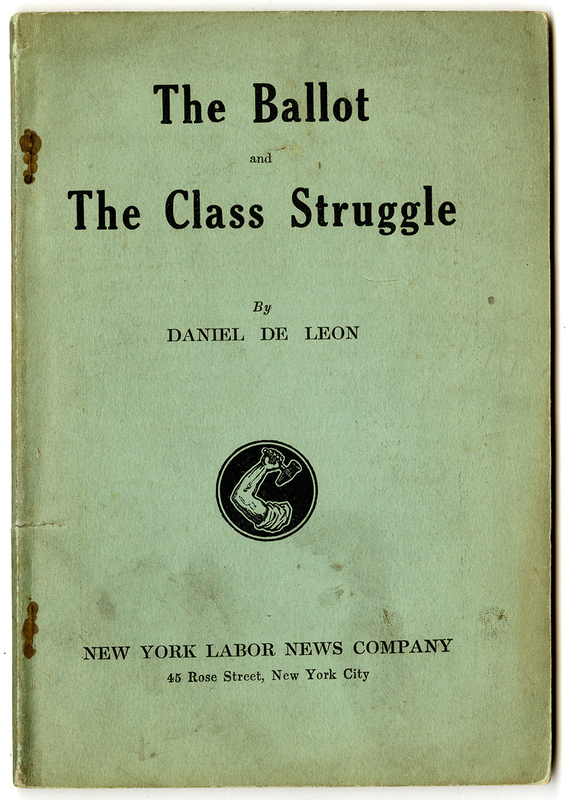 This essay in this pamphlet was based on an address entitled “Woman Suffrage” delivered in 1909 under the auspices of the Socialist Women of Greater New York by American socialist leader, newspaper editor, politician, Marxist theoretician, and trade union organizer, Daniel De Leon. Published in 1933, the essay was described as a thesis on the evolution of society with a focus on the impact of voting on class struggle that continued despite the passage of the Nineteenth Amendment. 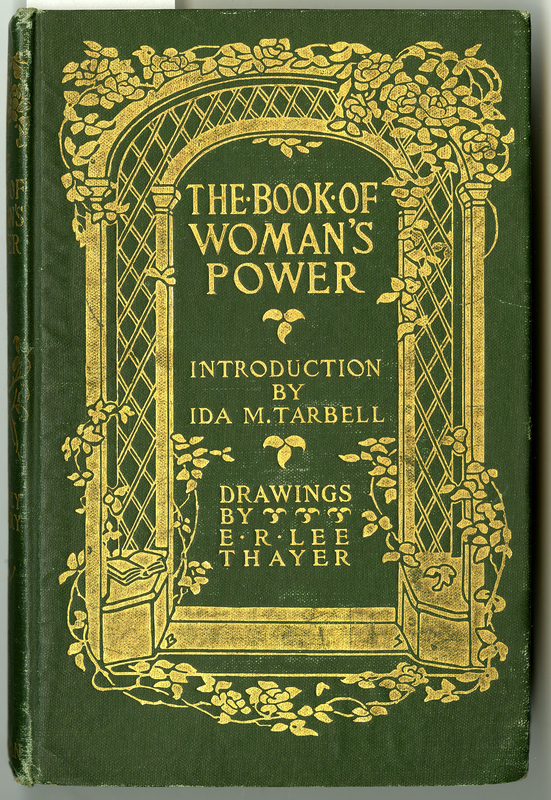 The Book of Woman's Power

The Book of Woman's Power

The Book of Woman’s Power is a collection of short essays from various authors on the role of women through the ages and the importance of her contributions to society, industry and government. The introduction writer and muckraker Ida Tarbell positions the book as anti-suffrage, following an argument that women are not in an inferior position to men and the movement belittles women’s important accomplishments. Though Tarbell herself had a prominent career as an investigative journalist, she argued against suffrage and believed that women should embrace their roles in the home, making her a controversial figure at the time. 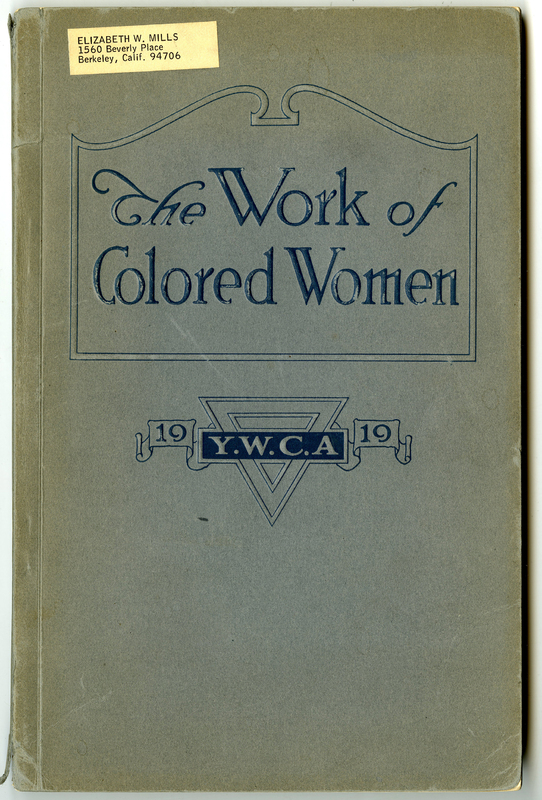 The Work of Colored Women 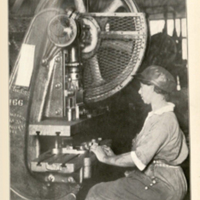 Photograph from The Work of Colored Women

Published in 1919 by the Colored Work Committee War Council of the Young Women’s Christian Association (Y.W.C.A.) and compiled by Jane Olcott, this book details the contributions of African American women during World War I as well as the advocacy work of the Y.W.C.A. 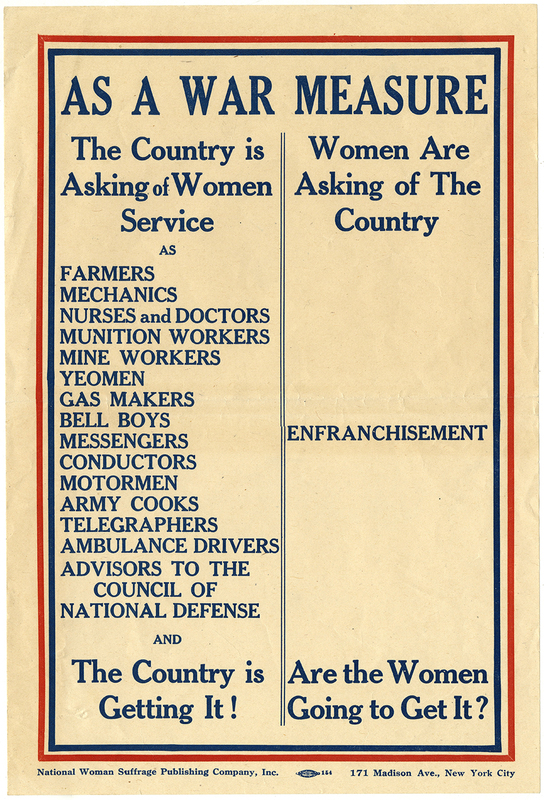 "As a War Measure" Poster

As women of all races took jobs outside the home during WWI, they gained greater economic power and participated in more decision-making, increasingly advocating for their rights including the right to vote. Unable to deny the critical roles women played in American society, politicians and others soon argued that they be afforded the franchise.

← Abolition, Racism, and Resistance
The Politics of Family and Home →
Student Themes
The Value of Labor