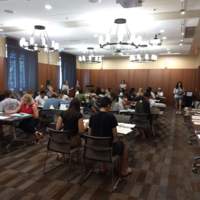 The first instruction session at the Rubenstein Library with the students 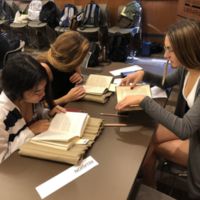 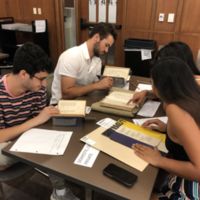 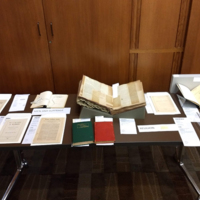 Archival materials on suffrage for the Women in the Economy Class

Behind the Scenes: How did thirty-eight economics students end up curating an exhibit on U.S. women’s suffrage, and what was the process like? While numbers and charts might be the first things to come to mind when thinking about economics, it is a social science that intersects with many other disciplines. The Duke class “Women in the Economy” explores the historical and present realities of the status of women as it relates to labor and the economy, the suffrage movement being one important milestone that radically altered women’s economic realities.

To tackle such an expansive topic as American women’s suffrage, the students used a framework consisting of ten themed groups within which to explore the movement including:

Students researched a single archival item in depth and, working together, contextualized how that item tied in with their group theme and the larger story of suffrage.